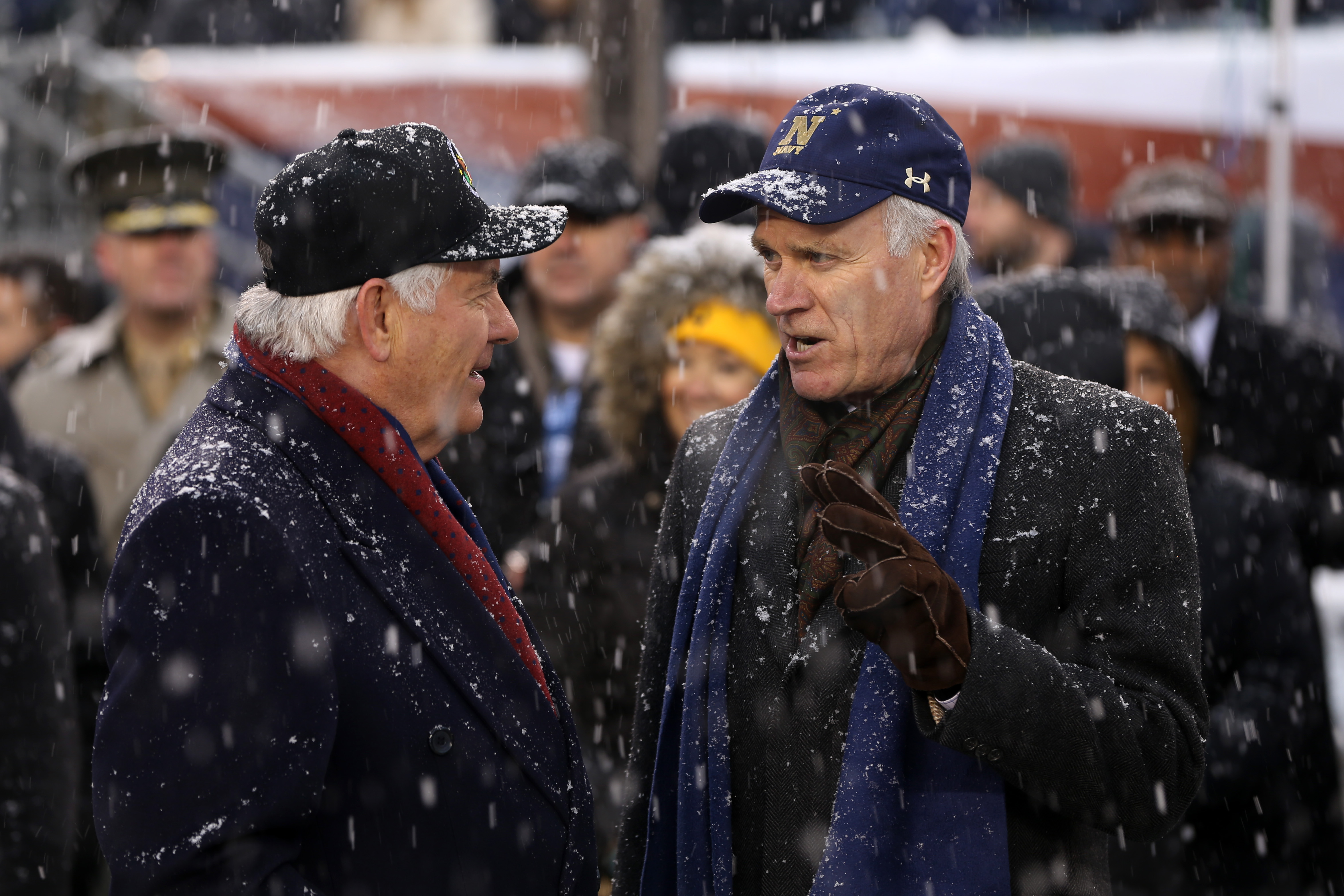 Secretary of the Navy Richard V. Spencer, right, talks with U.S. Secretary of State Rex Tillerson, left, at Lincoln Financial Field prior to the Army-Navy football game on Dec. 9, 2017. US Navy photo.

2017 saw a changeover in Navy and Defense Department leadership after the 2016 elections. Both departments had to contend with awaiting the nomination and confirmation of new leaders, beginning to implement new priorities, and trying to do so in the midst of continuing resolutions coming out of Congress that have made it more challenging to begin to shift spending patterns.

Retired Marine Corps Gen. James Mattis was one of the Trump White House’s first picks to lead a department, and Mattis was sworn in on Jan. 20 to lead the Pentagon. He took several steps right away: on Jan. 26 he ordered a review comparing the F-35 Joint Strike Fighter with the F/A-18E-F Super Hornet, in the aftermath of a tweet from President Donald Trump; on Feb. 1 he released budget guidance stating the military needed to rebuild readiness and wholeness before it would consider growing the force; in March he requested supplemental funding for the current Fiscal Year 2017 to help regain readiness; and in May he laid out a larger vision of how to achieve a ready force in his FY 2018 budget request.

The Trump Administration and Secretary Mattis nominated financier Philip Bilden to serve as their Navy secretary, formally announcing the decision just days after Trump was inaugurated. Bilden withdrew his name from consideration just a month later, though, stating that it would be too hard on his family to divest himself of financial interests that may preclude him from serving under Office of Government Ethics requirements. 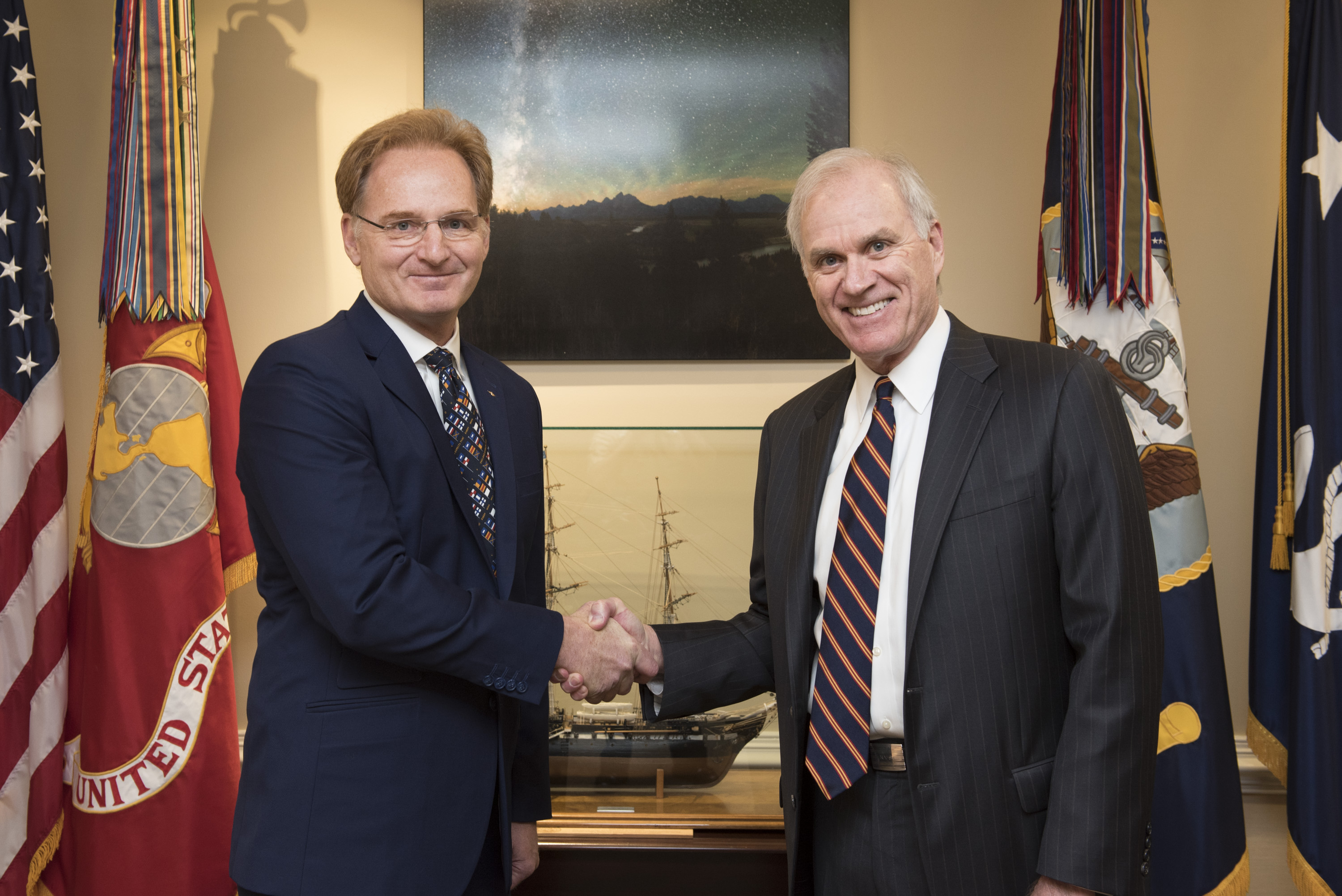 In March, businessman Richard V. Spencer’s name was floated for the position, though the White House didn’t formally nominate him for the position until June. A July hearing, where Spencer spoke at length about acquisition transparency and reining in program costs, earned Spencer the approval of the Senate Armed Services Committee, and in August he took over as the 76th Secretary of the Navy.

While any election season brings with it change, the Navy may especially feel the change this time around – Ray Mabus served for the entire Obama Administration’s tenure, making him the longest-serving secretary since World War I, and Sean Stackley served as ASN RDA for eight and a half years. After such lengthy tours as top service leadership, the new leadership and their new ideas are bound to feel all the more meaningful. 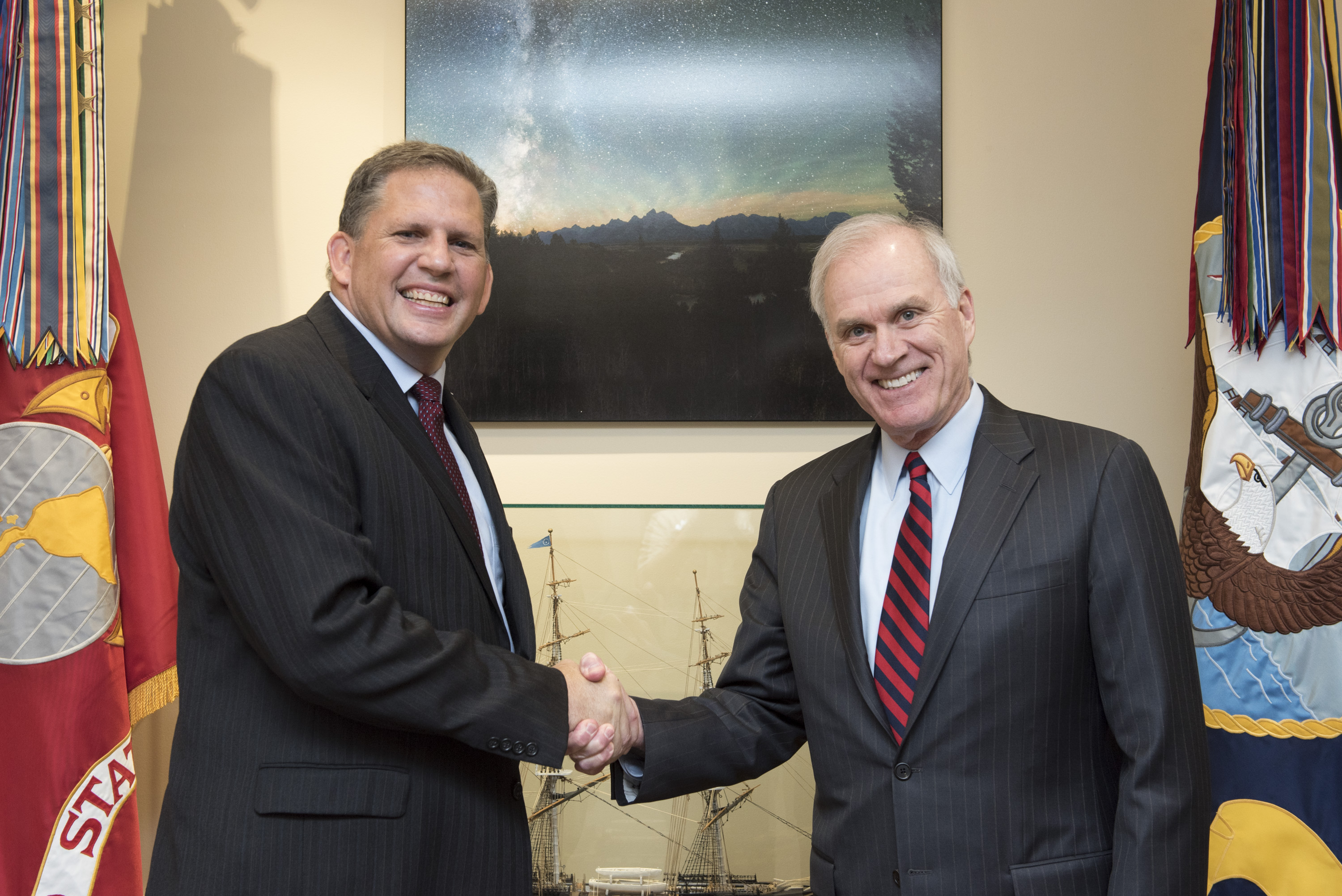 The Trump administration called for a 350-ship Navy during the campaign and has continued to voice support for a larger and stronger fleet, but the commander-in-chief made clear to the Navy from the start that the service would have to find ways to take costs out of programs if it wanted money for a buildup. In search of a quick and cost-effective way to reach the 355-ship requirement the Navy announced late last year, Naval Sea Systems Command developed a hybrid plan that incorporates increased shipbuilding as well as retaining some current surface ships beyond their anticipated service lives – a plan that would help the Navy reach 355 ships in just 10 to 15 years. Though NAVSEA also looked at bringing back decommissioned ships such as the Oliver Hazard Perry-class frigates, Secretary Spencer made clear in December that he did not support that plan.