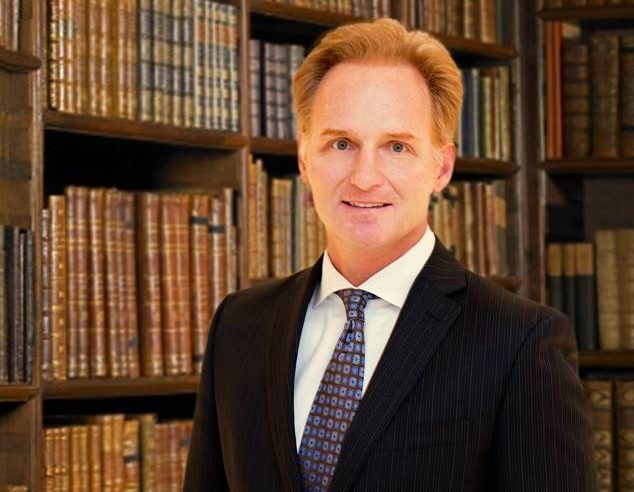 This post has been corrected to indicate planned Navy acquisition chief James Geurts will be sworn in later this week not confirmed. He was confirmed by the Senate last month.

WASHINGTON, D.C. — Thomas Modly is now the Under Secretary of the Navy following an early Monday morning ceremony.

Speaking at the U.S. Naval Institute Defense Forum Washington 2017, Secretary of the Navy Richard Spencer said he had sworn in Modly earlier that morning.

Based on Modly’s Nov. 7 testimony during his Senate Armed Services Committee confirmation hearing, Modly hinted he’s ready to be a budget hawk, especially when talking about big-ticket items with a perception of running away spending.

When peppered with questions from senators concerned with the Navy’s handling of such programs as the F-35 Lightning II Joint Strike Fighter and the Gerald R. Ford-class aircraft carrier (CVN-78) – both with a history of running over budget – Modly stressed the importance of being a good steward of public money.

Modly, the son of immigrants, grew up outside Cleveland, and remains an avid Indians and Cavaliers fan, according to social media profiles. He graduated from the U.S. Naval Academy in 1983.

Both his parents came to the U.S. to escape living behind the Iron Curtain. As Modly told the Senate during his confirmation hearing, his father escaped Hungary 69 years ago because he didn’t join the communist party and would be shut out of any chance of having a successful career.

After serving as a Navy helicopter pilot for seven years, Modly worked in academia, the private sector and public sector. In the early 2000s, Modly was the deputy undersecretary of defense for financial management and was the first executive director of the Defense Business Board.

Before his confirmation as undersecretary, Modly had worked for the past decade for PricewaterhouseCoopers, in charge of the firm’s Global Government and Public Services sector. According to his work bio, Modly had direct account responsibility for PwC’s Navy, Marine Corps and Office of the Secretary of Defense accounts. He was also PwC’s Global Account Leader for NATO, where the firm is engaged in substantial transformational projects as part of the NATO Reform Agenda. His son and son-in-law serve in the Air Force.

James Geurts, the nominee for the Navy’s chief weapons buyer, is set to be sworn in later this week, Spencer said.