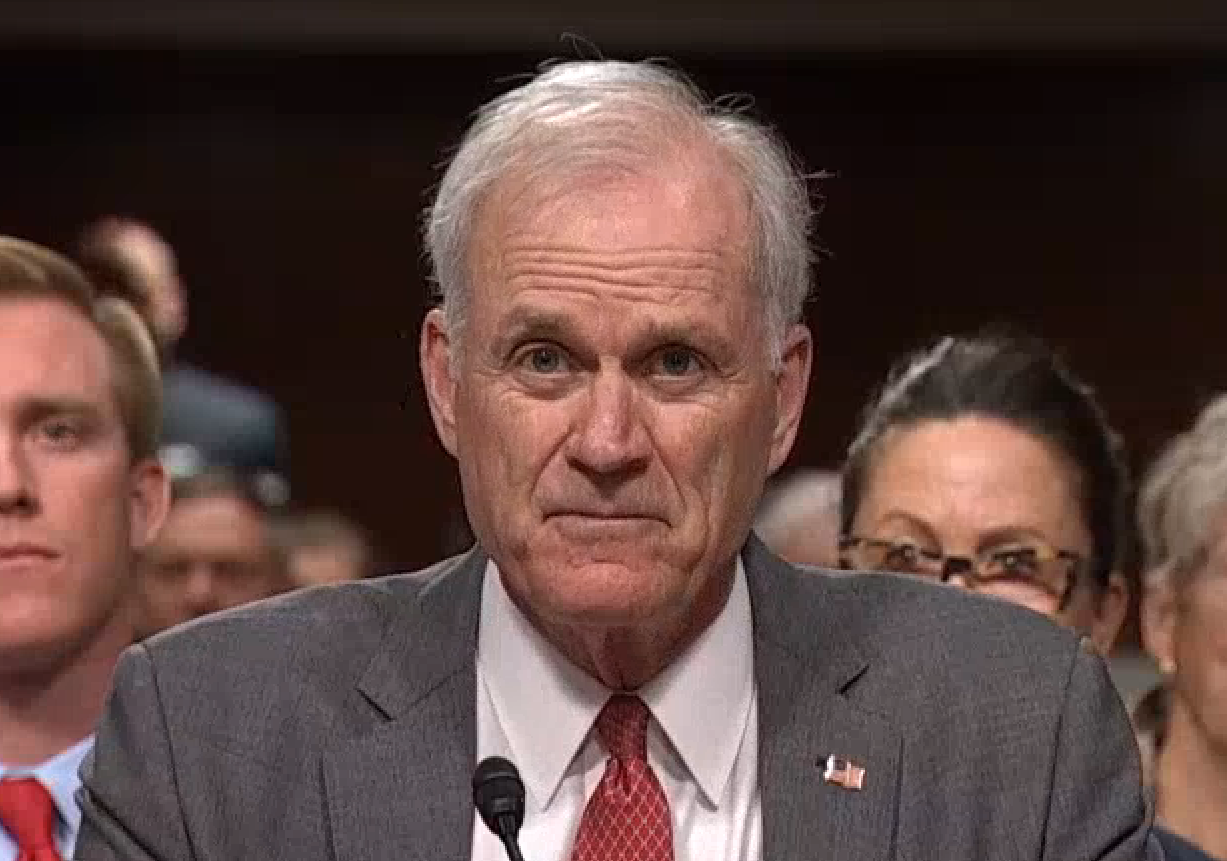 WASHINGTON, D.C. – The Trump administration nominee for Secretary of the Navy easily sailed through a congenial nomination hearing before the Senate Armed Services Committee on Tuesday.

Nominee Richard V. Spencer stressed leadership accountability, the power of technology and acquisition reform in his two hours of questions and answers before the panel.

In response, Spencer said if confirmed he would attempt to demystify the acquisition process and provide a better structure of accountability for the program managers of high-dollar acquisition efforts.

“The way that we address this is through behavioral management. You reward positive events and you have other other tools at your disposal to take care of people who aren’t, or projects that aren’t performing,” he said.
“And you make this very transparent.”

When asked by McCain if Spencer knew anyone fired for cost overruns the nominee replied, “Not yet.”

Later in the hearing in response to questions from Sen. Jack Reed (D-R.I.), Spencer again stressed the need for accountability for acquisition programs, citing a study he was a part of when he was a member of the Defense Business Board that found that some acquisitions required 32 layers of approval to move ahead.

“We have to allow the people who have the education and the intelligence to make acquisitions and to face off problems to provide the solutions,” Spencer said.
“And they have to know and be responsible for the outcome and be accountable for it. And I think that’s one of the biggest steps forward we make right off the bat.”

Following the hearing, Spencer told USNI News that he would seek new authorities to keep major program managers in their jobs longer, to keep continuity of leadership and accountability.

“If you’re put on a weapons platform from day one through development, you’re now totally accountable,” he said.
“We have to have that, I truly believe that.”

As to the successes and failures of specific programs, Spencer mostly demurred, stating several times he had not received any full classified briefings and was still forming opinions.

For example, Spencer said he was still forming an opinion on the best way to grow the fleet.

“What I will tell you is that, whether it’s a 355-ship or not, what we also want to get our head around is, can we have a capacity number, but have a capability that’s even greater than that, so have the capability of a 355 that might be a 300-ship Navy,” he said.
“The concept that I would like to work with you all on — is where we go for our capabilities, because that’s where the punch is.”

Spencer did offer some thoughts to reporters following the hearing on the development of the Littoral Combat Ship requirements and the subsequent push for a new frigate.

“We have to get the requirements right. I think the Littoral Combat Ship might be an example of requirements runaway. We really have to have requirements baked when we go out to the market place and hold ourselves to those requirements,” Spencer said.
“That doesn’t mean you turn off technological advantages you might have, but you have to keep the whole program in line with the cost control.”

While the hearing was free of last month’s withering questioning faced by Deputy Defense Secretary nominee Patrick Shanahan, Republican members of the panel were highly critical of former Secretary of the Navy Ray Mabus.

“Your predecessor displayed what I think is questionable, indeed strange judgment on some matters that left him as one of the most unpopular service secretaries of the modern era,” Sen. Tom Cotton (R- Ark.) said.

Spencer said he supported measured changes to social policy if they support keeping the force lethal but said the services weren’t a “petri dish for social experiments.”

“I totally believe that policy [changes] should be developed on the DoD level, and then discussed and socialized and deployed and then obeyed,” he said.
“We have to work together, including all our service people, to make sure that they are given what they need, whether that be spiritually, whether that be psychologically, whether that’s materialistically, to fight forward, so readiness is the key and lethality is the product.”

Parts of Mabus’ legacy was defended by Sen. Elizabeth Warren (D-Mass.). Mabus, like others in the Obama administration, warned about the negative effects of climate change.

“Under your leadership, will the Navy prepare for climate change?” Warren asked.
“Both in terms of preparing our own bases and installations and preparing for the crises and the insecurity that climate change will exacerbate around the world?”
Spencer answered, “yes.”

Ahead of the questions, former Secretary of the Navy and retired Sen. John Warner made a short introduction that stressed the work Spencer has put into learning the challenges of the position.

“So I’d like to say that I’m not a stranger to the proceedings we’re undertaking, but there is an aspect of this particular confirmation proceeding that I’ve never encountered before,” Warner said.
“On his own initiative, he reached out and counseled with ten secretaries of Navy to ask of them what they thought of the challenges of today, how best he might be able to fulfill those challenges.”

Since his nomination announcement last month, Spencer has been a frequent visitor to both the Hill and the Pentagon receiving briefings on the Navy and Marine Corps.

Spencer, who lived in Wyoming, served as Marine aviator beginning in 1976, after graduating from Rollins College He left the service as a captain in 1981. Spencer served as the chief financial officer and vice chairman of the electronic commodities futures exchange Intercontinental Exchange, Inc., until 2008. He’s was also the managing director of Fall Creek Management, LLC. He’s served on both the DoD Business Board and the Chief of Naval Operations Board of Business Advisors.

Spencer is the administration’s second nominee for the position, after financer Philip Bilden said he would be unable to meet the requirements of the Office of Government Ethics requirements for the position without “materially adverse divestment” of his family’s financial interests.

Following the hearing, McCain indicated it was likely Spencer’s nomination would clear the SASC and be voted on by the Senate before the August recess.