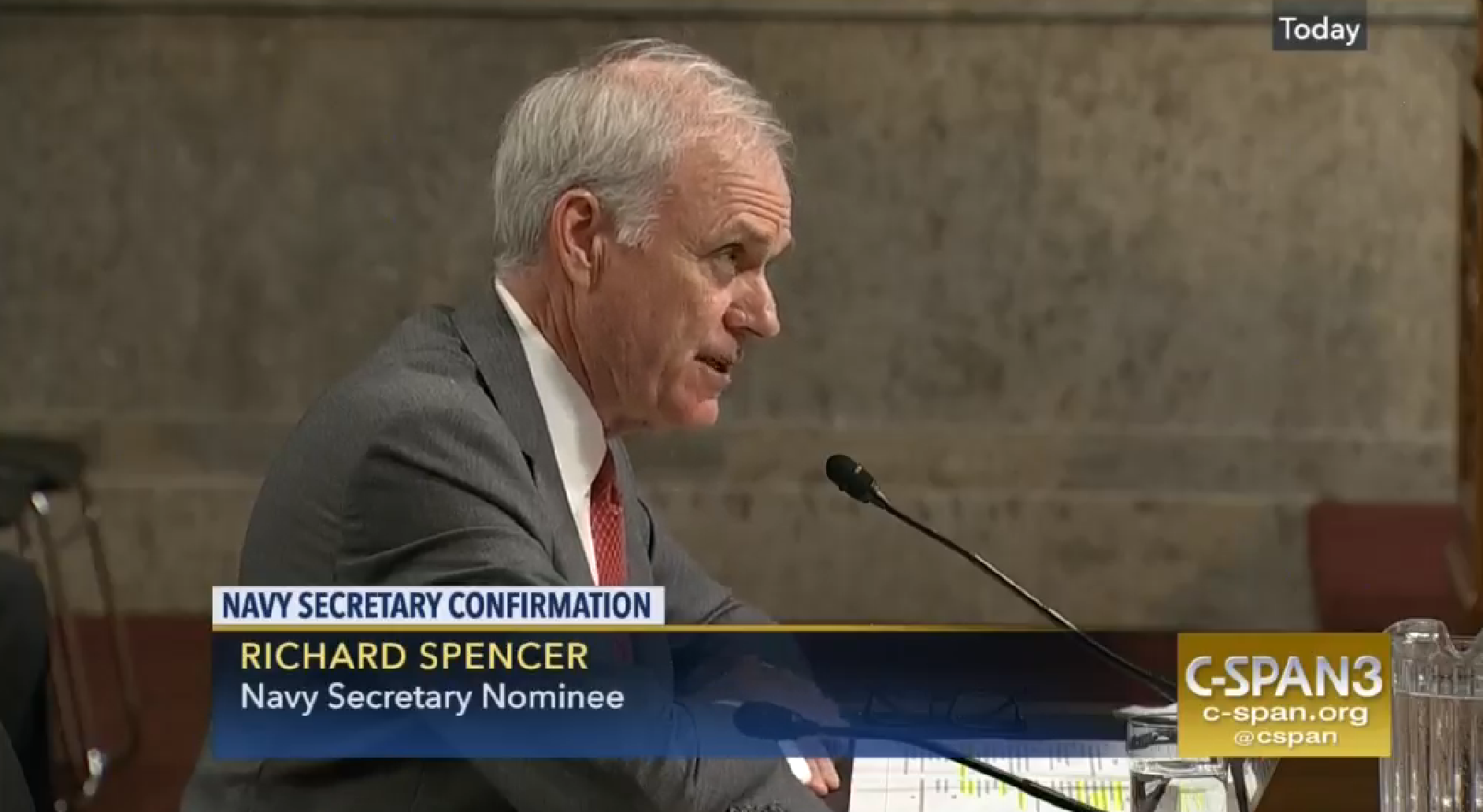 Secretary of the Navy nominee Richard V. Spencer has cleared the Senate Armed Services Committee to have his nomination voted on by the full Senate.

“Today, the [SASC] voted by voice vote to favorably report the nomination of Richard V. Spencer to be Secretary of the Navy,” read a statement.
“The nomination was immediately reported to the floor following the Committee’s action.”
Spencer appeared before the SASC on Tuesdays and pledged an agenda of oversight, transparency and acquisition reform before the panel.

“We have to allow the people who have the education and the intelligence to make acquisitions and to face off problems to provide the solutions,” Spencer said during the hearing.
“And they have to know and be responsible for the outcome and be accountable for it. And I think that’s one of the biggest steps forward we make right off the bat.”

The hearing was largely congenial with bipartisan support from the panel.
“We look forward to confirming you, clearly, before we reach our well-deserved rest of a pause for the month of August,” McCain said.
“So we will be moving your nomination quickly to the floor of the Senate, and hopefully we can get it done to get you to work.”

Spencer served for four years in Marines as a CH-46 pilot after graduating from Rollins College in 1976. He worked in high finance for the majority of his career serving as the chief financial officer and vice chairman of the electronic commodities futures exchange Intercontinental Exchange, Inc., until 2008. He’s was also the managing director of Fall Creek Management, LLC. He’s served on both the DoD Business Board and the Chief of Naval Operations Board of Business Advisors.
Spencer is the administration’s second nominee for the position, after financer Philip Bilden said he would be unable to meet the requirements of the Office of Government Ethics requirements for the position without “materially adverse divestment” of his family’s financial interests.