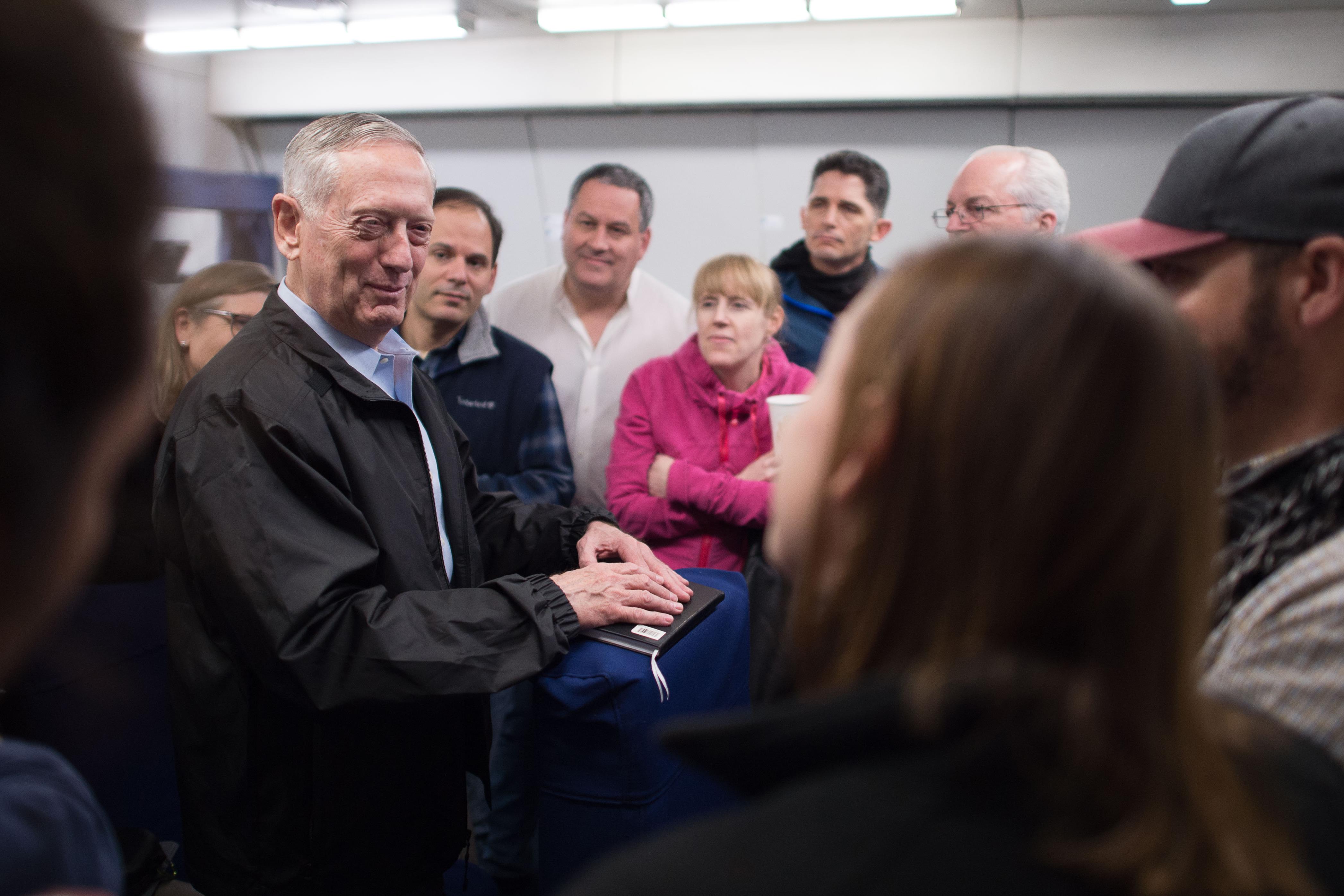 This post has been updated to include comments from Todd Harrison and Bryan Clark.

The Jan. 31 memo, released today, states that “the ultimate objective is to build a larger, more capable, and more lethal joint force, driven by a new National Defense Strategy,” though it does not preview the new strategy itself.

Rather, the memo calls for intermediate goals of addressing “immediate and serious readiness challenges” and “addressing pressing programmatic shortfalls.”

Phase 1 of this effort calls for a FY 2017 budget amendment that would be delivered to the Office of Management and Budget by March 1. This would increase current-year defense spending over what the Obama administration recommended and Congress marked up and approved, though that budget plan is not actually in use right now; rather, the federal government is still operating under a continuing resolution due to lawmakers not passing their spending bills last fall. For the budget amendment to have an effect, Congress would have to take action this spring.

This budget amendment would “address urgent warfighting readiness shortfalls across the joint force, and new requirements driven by acceleration of the campaign against ISIS. The amendment may increase force structure in critical areas where doing so would have an immediate readiness impact,” according to the document, and while it will create a net increase in spending over the current FY 2017 spending plan, it may make cuts from lower priority programs as needed to offset some of the cost.

Next, the FY 2018 budget request would be delivered from the Pentagon to OMB by May 1, for White House approval and then delivery to Congress. This request may buy more munitions, invest in advanced capability demonstrations, fund facilities sustainment and critical enablers, and grow force structure as needed.

And finally, a 2018 National Defense Strategy will help shape the FY 2019-2023 program. That strategy will outline “a new force sizing construct” that will inform how the military grows going forward, and will lay out an approach for enhancing lethality against high-end competitors. Additionally, the strategy will contain new business reform agendas beyond what has taken place over the last few years through an effort driven by the House and Senate armed services committees to reform defense acquisition. The “ambitious” agenda “will include horizontal integration across DoD components to improve efficiency and take advantage of economies of scale.”

Bryan Clark, a senior fellow at the Center for Strategic and Budgetary Assessments (CSBA), told USNI News today that the FY 2017 budget amendment could fund things like fuel and supplies for operations, some procurement of systems already in production, or additional maintenance periods that can be planned and placed on contract before Sept. 30.

“This would enable the Navy, for example, to increase steaming days and flying hours to improve readiness of non-deployed forces in the ‘sustainment’ phase of the [Optimized Fleet Response Plan]. It could also enable the Navy to more fully complete its planned maintenance this [fiscal year] and buy ahead some systems it needs for modernization that will occur next year,” he wrote in an email. On the acquisition side, the amendment could add money to completely fund an Arleigh Burke-class destroyer that was already partially paid for but still requires about $433 more, or it could buy more F/A-18E/F Super Hornets – which are already in production – to help address the Navy’s fighter shortfall.

Todd Harrison, a U.S. defense budget analyst with the Center for Strategic and International Studies, told USNI News today that the budget memo makes clear the department will address capability, capacity and readiness, but that the readiness piece is a top and immediate priority. He cautioned, though, that “a lot of those things – training, readiness and maintenance – money can help, money is necessary but it’s not sufficient. You also need time and you can’t appropriate more time. There are limits to how quickly they’re going to be able to improve readiness.”

Clark said the FY 2018 budget would allow for larger steps towards increasing capacity, such as adding shipbuilding money to in-production programs.

“The Navy could move up the first L(X)R to FY18, add a second LCS (for one per yard), add a third SSN, and add F/A-18s to fill its existing strike-fighter shortfall,” he said.
“Given the short time to finish the budget by May 1, however, DoD may not be able to develop a full plan for military modernization to incorporate into the FY18 budget. The memo acknowledges this by noting the FY18 budget is focused on balancing the force and adding numbers to existing programs; it implies the FY18 FYDP may not reflect the department’s rebuilding plan.”

The FY 2019-2023 program, then, “may be the first time the new Administration really gets a chance to establish an implementation plan for military modernization. The reason for this, in part, is that the Administration didn’t already have a plan that it could begin implementing in the FY18 budget. Previous administrations have developed such a plan during the transition period. “

For the Navy, this may mean early signs of items included in the future fleet architecture studies, such as a new frigate, extra-large unmanned underwater vehicle, a new unmanned aerial vehicle like the TERN (Tactically Exploited Reconnaissance Node) program with the Defense Advanced Research Projects Agency, and a plan towards the new goal of 355 ships.

While it will take the new administration some time to work out these details, Harrison said the FY 2017 amendment may indicate administration priorities in a different way.

“A sentence did jump out at me, ‘the amendment will also include offsets from lower priority programs where appropriate,’” he said.
“That means in their budget amendment they’re not just going to request increases, they’re going to request some cuts as well. I don’t think people were expecting that. … My crystal ball is hazy because all it says is it will be from lower priority programs where appropriate. Well, what do they consider to be lower priority programs? That will be telling. Anything that comes back with a cut in this budget amendment, that’s going to be our first real indication of what this administration thinks are low priorities.”