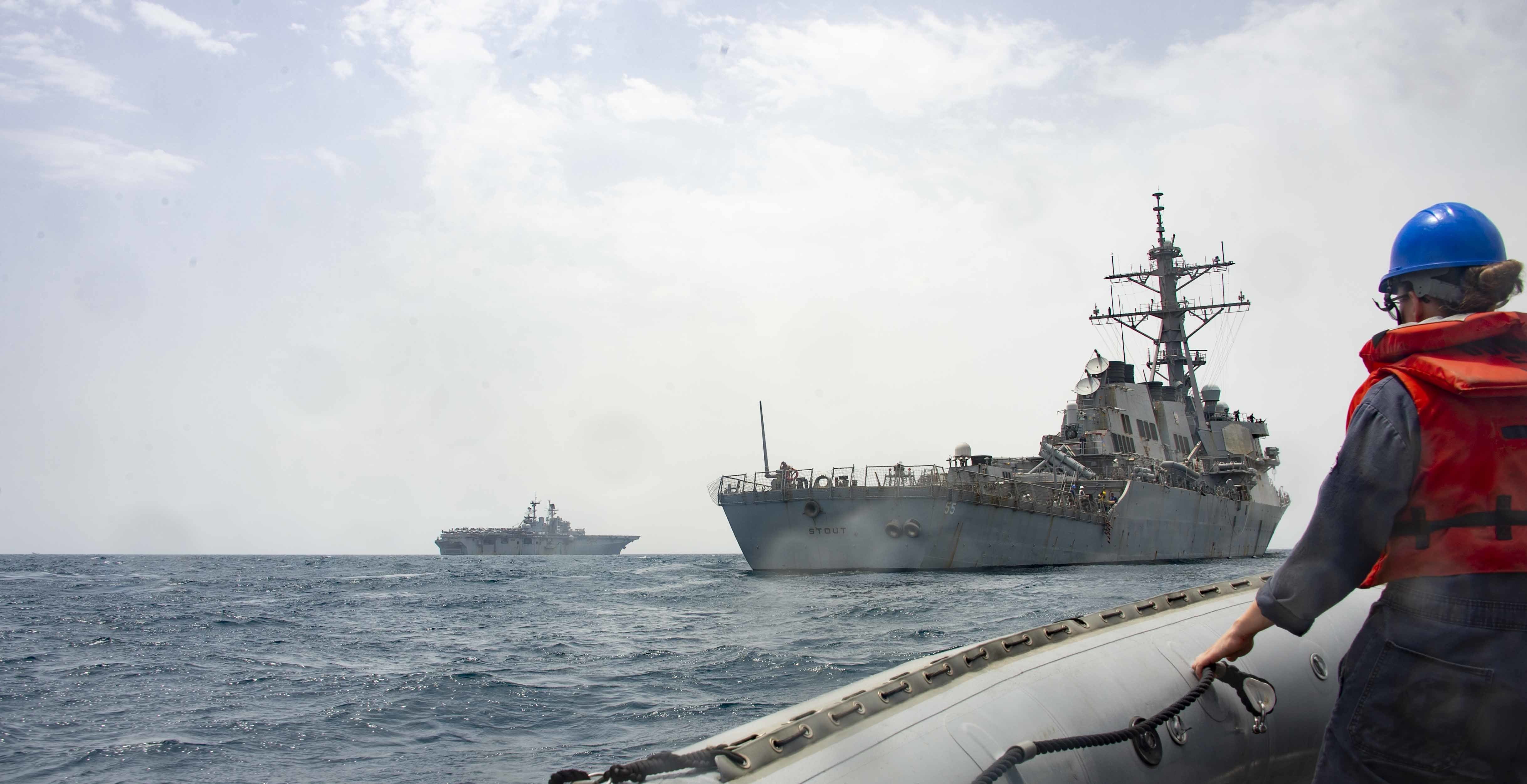 As of Sept. 26, the destroyer had been at sea for 208 straight days, breaking cruiser USS San Jacinto’s (CG-56) and aircraft carrier USS Dwight D. Eisenhower’s (CVN-69) records, according to a Navy press release.

The Arleigh Burke-class guided-missile destroyer had been deployed with Ike’s carrier strike group and continued operating within the U.S. 5th Fleet area of responsibility after the carrier began its trip back to Norfolk, Va., the Navy said.

Eisenhower had been at sea since mid-January, when it left for its pre-deployment exercises, and did not conduct any port calls throughout its deployment due to the COVID-19 pandemic. Both Ike and Jacinto arrived in Norfolk and concluded their deployments on Aug. 9.

“As a Sentinel ship, Stout spent 139 days in direct or associated support of the task force to ensure the free flow of commerce,” the service added. “Stout provided overwatch for more than 550 vessels as they transited critical chokepoints and delivered 1,500 maritime awareness calls to regional commercial shipping.”

“USS Stout has been instrumental in maintaining freedom of navigation in the region,” Cmdr. Rob Bellfield, who commands Coalition Task Force Sentinel, said in a statement. “Its regular presence has helped to deter potential threats and provide reassurance to the global merchant community.”

“During their deployment, Kidd Sailors aided embarked U.S. Coast Guard Law Enforcement Detachment (LEDET) in the recovery of 805 kilograms of suspected cocaine worth over an estimated wholesale value of $30 million,” the Navy said in a press release. “In addition, the crew rendered assistance to a fishing vessel in distress, towing the vessel over 200 nautical miles to safety, and participated in a passing exercise (PASSEX) with the El Salvadoran navy.”

While Kidd deployed in January with USS Theodore Roosevelt (CVN-71) and its carrier strike group, the destroyer was later dispatched to U.S. Southern Command to perform anti-drug operations.

Kidd was then forced to pull into port at Naval Station San Diego, Calif., at the end of April after sailors onboard contracted COVID-19. After ridding the destroyer and its sailors of the virus, Kidd left San Diego to head back to SOUTHCOM in mid-June to continue its anti-drug missions.

“This deployment has been extremely challenging, but Kidd set the standard for operational mission execution and readiness,” Cmdr. Nathan Wemett, the commanding officer of Kidd, said in a statement. “I thank all the Sailors and U.S. Coast Guardsmen who overcame many obstacles in order to carry out our mission.”