The second deployed U.S. warship to suffer a COVID-19 outbreak pulled into San Diego on Tuesday to begin the process of offloading, testing, isolating and treating the crew and disinfecting the ship to prepare to head back to sea.

As of Tuesday, 64 sailors on guided-missile destroyer USS Kidd (DDG-100) have tested positive for the virus, with 63 percent of the crew tested.

Two Kidd sailors have been medically evacuated to the United States, while 15 were transferred to amphibious warship USS Makin Island (LHD-8) for monitoring, the Navy announced on Tuesday.

For the sailors ashore, they “will be isolated off-ship with twice-daily medical screenings. Crewmembers who have tested negative will enter quarantine for a period of observation, to include daily visits from military health professionals to monitor for symptoms,” U.S. Surface Forces Pacific said in a statement.
“A small contingent of negative tested sailors will remain on the ship for essential services and deep-cleaning. These sailors will be outfitted with appropriate personal protective equipment, and will maintain social distancing in accordance with the Center for Disease Control’s guidance.”

In addition to the isolation and cleaning measures, the Navy Bureau of Medicine and the CDC will undertake a voluntary serology (pronounced: SIR-all-ah-gee) study of the crew to learn more about the spread of the virus, a Navy official confirmed to USNI News. That will involve collecting blood samples and swabs from the crew to learn how the virus spread throughout the ship. A similar study is underway aboard USS Theodore Roosevelt (CVN-71), which was the first deployed ship to suffer a COVID-19 outbreak.

“The results of this outbreak investigation will inform medical professionals to support better public health decisions for the ship. It will also advise the broader COVID-19, surveillance and mitigation strategies for the [Theodore Roosevelt], the fleet and our nation. And because we’re doing this outbreak investigation with the CDC, the information gained will add to the growing body of public health knowledge about this virus so that we can better understand it and fight it, Navy Surgeon General Rear Adm. Bruce Gillingham told reporters last week.

The aircraft carrier has been in Guam since March 27 as the service works to mitigate the outbreak that infected 940 sailors and resulted in one death. Officials have told USNI News repeatedly that the service may never learn how the virus came aboard Theodore Roosevelt. 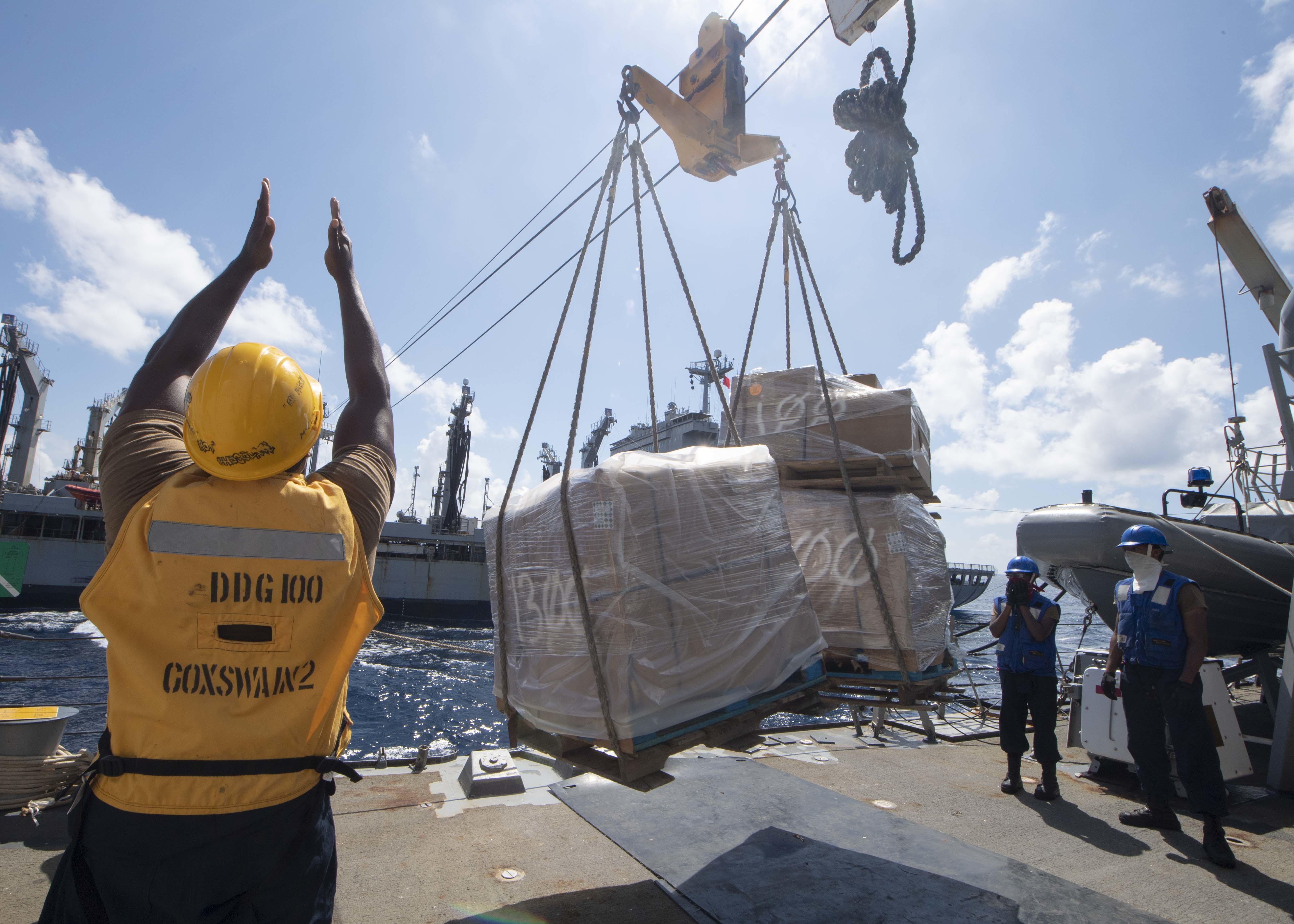 The same may be true for Kidd. The first sailor began to show symptoms of the virus on April 22, more than 30 days after the ship’s last port visit in Hawaii, according to a status update provided to Congress and reviewed by USNI News. The time between port visits and the first reported case of symptoms have raised questions inside the Navy as to how the virus operates and how long it could exist undetected on a ship.

Two sources familiar with the procedures on the ship told USNI News that Kidd had adhered to all of the CDC and Navy recommendations to keep the virus from spreading. Aside from underway replenishments, the ship’s crew did not have any interactions off the ship after leaving Hawaii, USNI News understands.

Kidd, initially deployed with the TR Carrier Strike Group, was detailed to a quickly-planned counter-narcotics operation in the Eastern Pacific when the first sailor began exhibiting symptoms of an “influenza-like illness” or ILI on April 22. The next day an eight-person medical team brought an Abbott machine with a COVID-19 testing ability aboard to start screening the crew.

From there, the outbreak spread rapidly among the crew, forcing the ship to head to port to purge the virus from the sailors and the ship.

While the crew is being treated for the disease, “the ship will undergo a strategic deep-cleaning regimen that balances decontamination with preventing damage to the ship’s critical systems. The cleaning process begins with spaces being vacated for seven days – four days longer than the minimum recommended by the CDC. The ship will be cleaned room-by-room, with access to each space restricted. The process is expected to take approximately two weeks, at which time the confirmed healthy sailors will return to the ship, and the off-going sailors will begin their quarantine,” the statement from SURFPAC said.