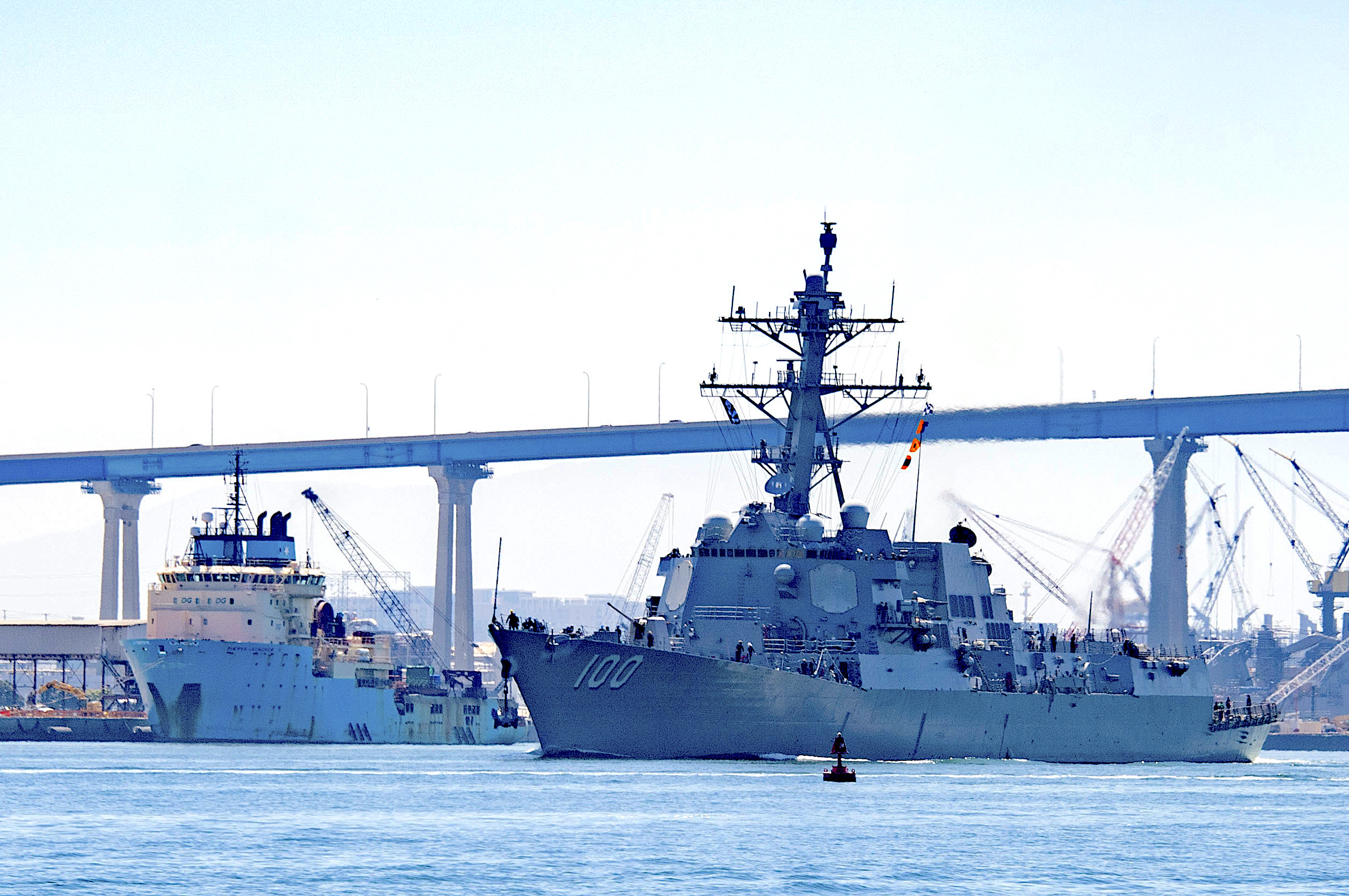 USS Kidd (DDG-100) departs San Diego following the Navy’s aggressive response to a COVID-19 outbreak aboard the ship on June 10, 2020. US Navy Photo

The guided-missile destroyer that suffered an outbreak of COVID-19 in April is back to sea, Navy officials told USNI News on Wednesday.

USS Kidd (DDG-100) left Naval Station San Diego, Calif., for a return to U.S. Southern Command to join an ongoing anti-trafficking operation after arriving in port on April 28 to purge the virus from the ship and the crew.

For more than a month, the crew was cycled off the destroyer and placed in isolation while the ship was disinfected. The crew worked up until Wednesday preparing the ship to go to sea, Navy officials told USNI News.

In early May, the Navy reported 78 infections on the crew of 330 before the service stopped reporting specific numbers on ships.

Kidd, based in Everett, Wash., was operating in the Eastern Pacific as part of an expanded counter-narcotics mission in U.S. 4th Fleet when the outbreak was first detected.

The crew hadn’t left the ship since their Hawaii port call, about a month prior to when the first sailor showed symptoms of an “influenza-like illness” or ILI on April 22.

The Navy deployed a medical team to the destroyer and directed amphibious warship USS Makin Island (LHD-8) to provide medical assistance to the crew on its way to port.

Kidd had originally deployed in January with the Theodore Roosevelt Carrier Strike Group and had been retasked for the SOUTHCOM mission while USS Theodore Roosevelt (CVN-71) had been sidelined in Guam with its own outbreak. The carrier had reported 1,273 sailors who tested positive for the virus, Navy officials said on Tuesday.

Lessons from Theodore Roosevelt and Kidd were instrumental in developing the Navy’s new guidelines to handle COVID-19 outbreaks, Navy officials said on Tuesday.

In a statement, commanding officer Cmdr. Nathan Wemett praised the response of the Navy and the surrounding area.