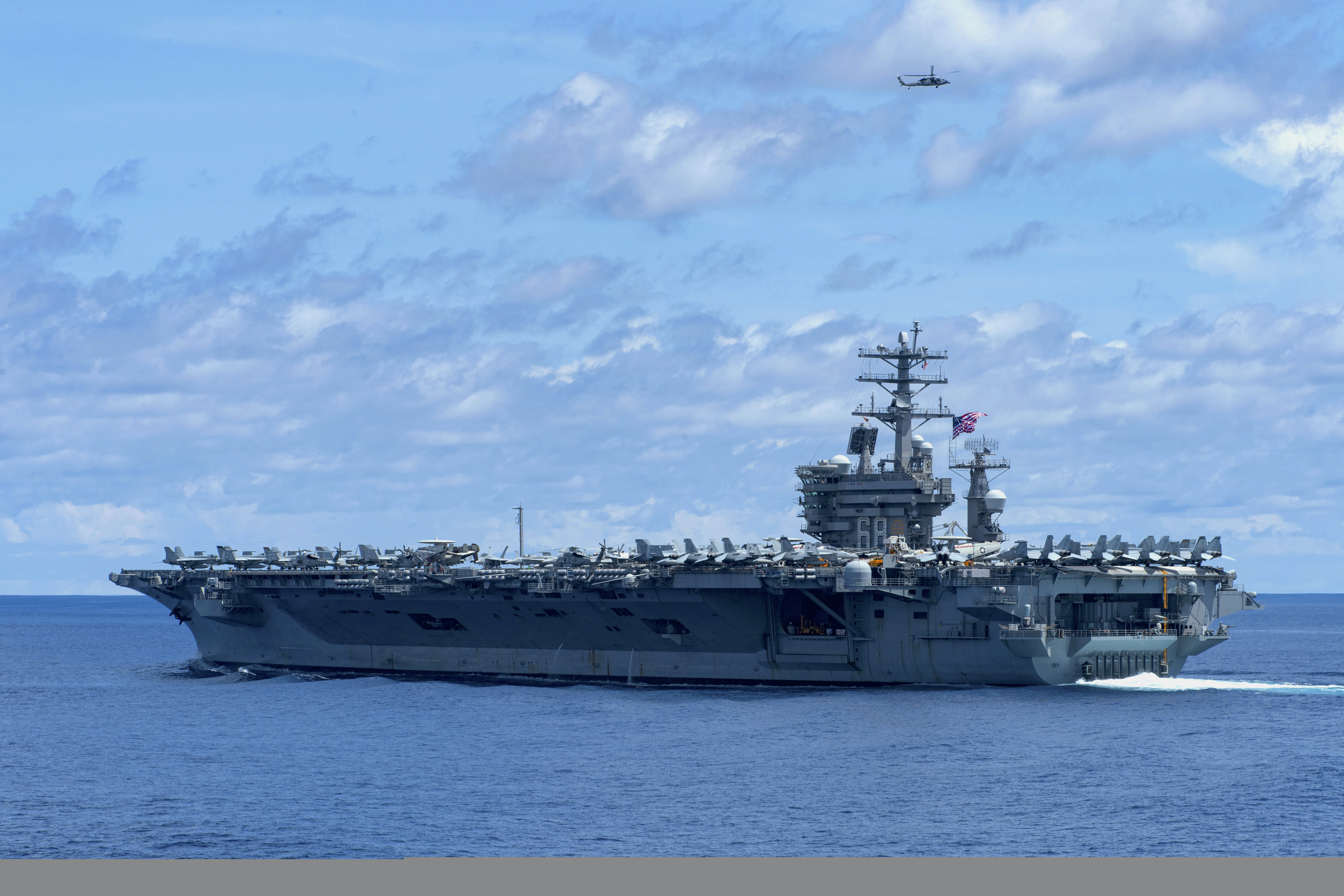 USS Nimitz (CVN-68) steams in the Indian Ocean during a cooperative deployment with the Indian Navy July 20, 2020. US Navy Photo

USS Nimitz (CVN-68) is now operating in the Middle East, continuing a sustained U.S. aircraft carrier presence in the region that began in mid-2019, a Navy official confirmed today.
Nimitz arrives to U.S. 5th Fleet as USS Dwight D. Eisenhower (CVN-69) is reaching the conclusion of its own deployment after more than six consecutive months at sea. Ike is soon set to leave the Red Sea via the Suez Canal and head to the Mediterranean Sea.

Ike spent the bulk of its deployment in the North Arabian Sea, just outside the Persian Gulf, as tensions between the United States and Iran continue to run high after more than a year.

In April, while Eisenhower was in the North Arabian Sea, the Navy announced that vessels with the Islamic Revolutionary Guard Corps Navy hassled U.S. Navy and Coast Guard ships in the Persian Gulf. USS Bataan (LHD-5), which the Navy sent to the Middle East earlier than planned after the strike on Soleimani, was in the Persian Gulf at the time of the confrontation with the Iranian Navy.

The U.S. has consistently kept an aircraft carrier presence in the Middle East since May 2019, when the White House cited Iran’s activities in its decision to move USS Abraham Lincoln (CVN-72) to the region. Nimitz would be the fourth carrier in a row to maintain a constant U.S. presence in the region as a hedge against Iran.

Then in June, the United States accused Iran of using limpet mines to strike a pair of merchant vessels in the Gulf of Oman. One week later, Iran took responsibility for shooting down a U.S. surveillance drone over the Strait of Hormuz, arguing the unmanned aerial vehicle was flying in Iranian airspace.

Nimitz earlier this week had been operating within 7th Fleet and conducted exercises with the Indian Navy on Monday. The carrier deployed in June from San Diego, Calif. and was in the South China Sea in early July as part of a series of dual-carrier operations.