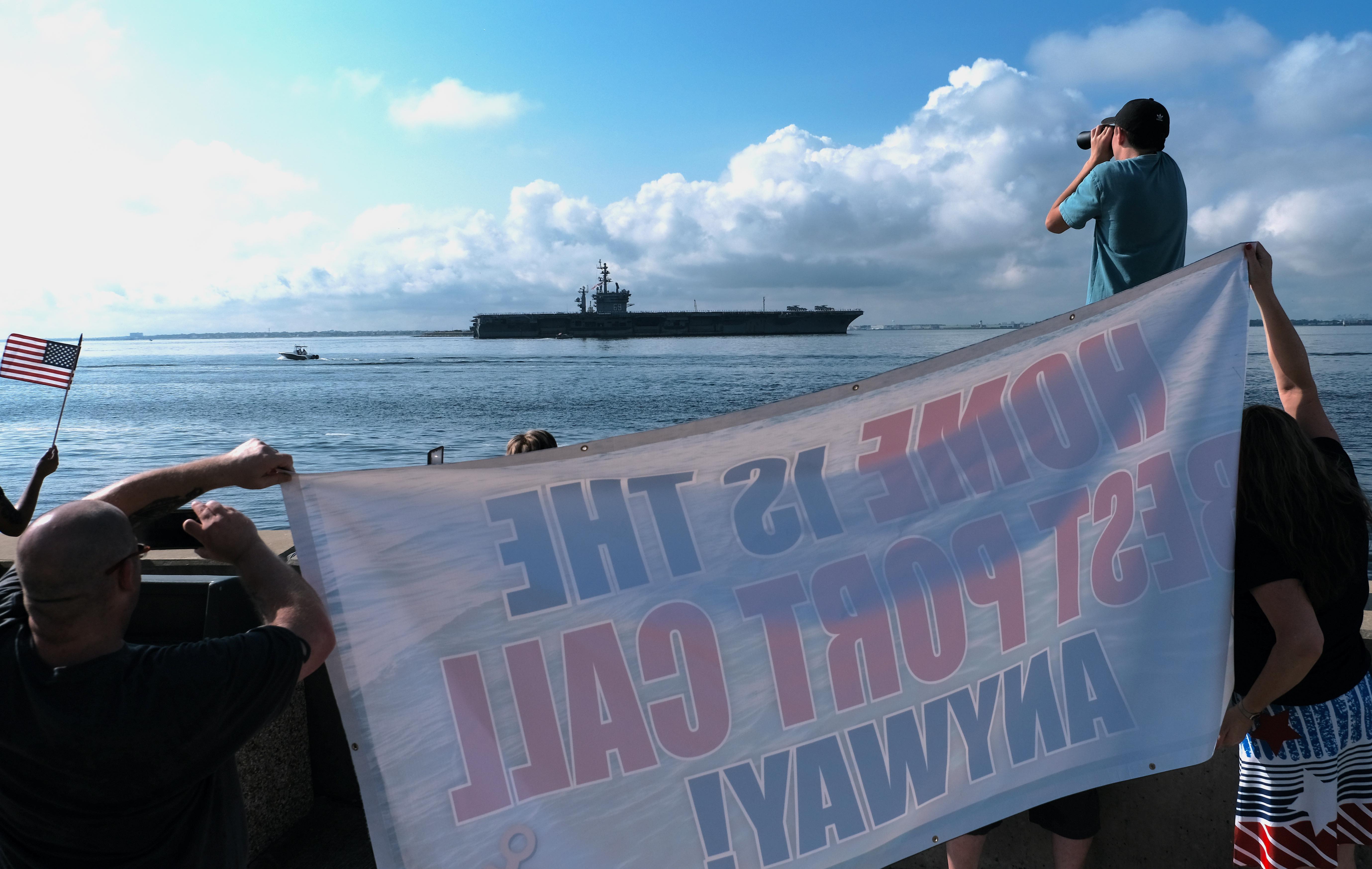 After almost seven months at sea with no port calls, sailors from USS Dwight D. Eisenhower (CVN-69) returned to their homeport in Virginia on Sunday.

The carrier strike group departed the East Coast on Jan. 17 for its month-long, pre-deployment graduation exercise. Following the completion of the Composite Unit Training Exercise, the strike group immediately began its deployment.

As the strike group began its deployment, the emerging threat of the COVID-19 pandemic forced the crews on the ships to remain aboard without pulling into port.

The bulk of the strike group’s operations were confined to U.S. 5th fleet, operating in the Gulf of Oman and the North Arabian Sea as part of an ongoing U.S. presence in the region since May of 2019.

According to the Navy, the sailors assigned to the strike group and the air wing had to undertake more than 500 complex repairs to systems that ordinarily would have required fly-in technical support or depot-level maintenance.

“They adapted and overcame the adversity. I witnessed their excellence day in and day out as they accomplished repairs never before attempted at sea,” said Eisenhower commanding officer Capt. Kyle Higgins in a Sunday statement. 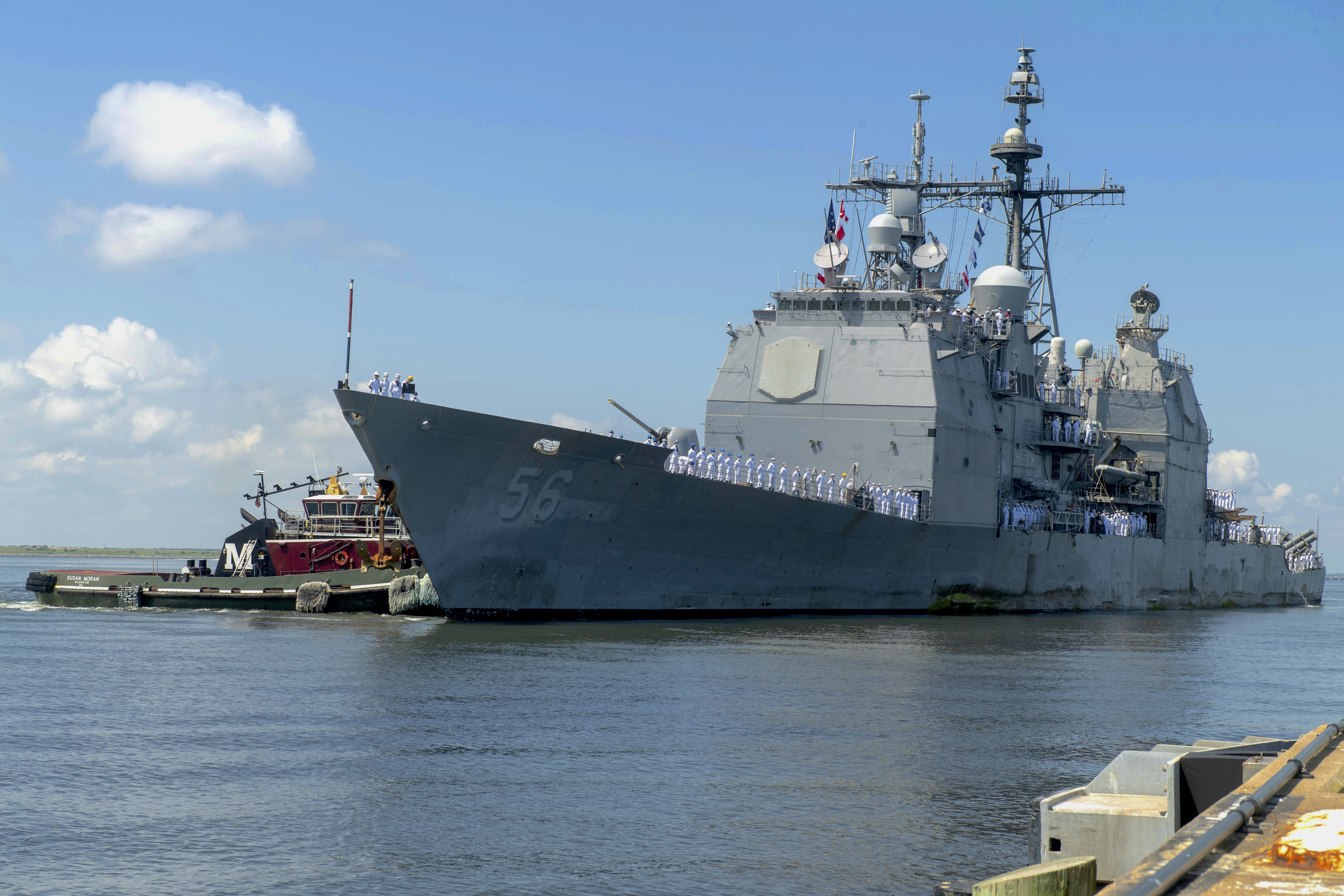 The following is the composition of the Eisenhower Carrier Strike Group.