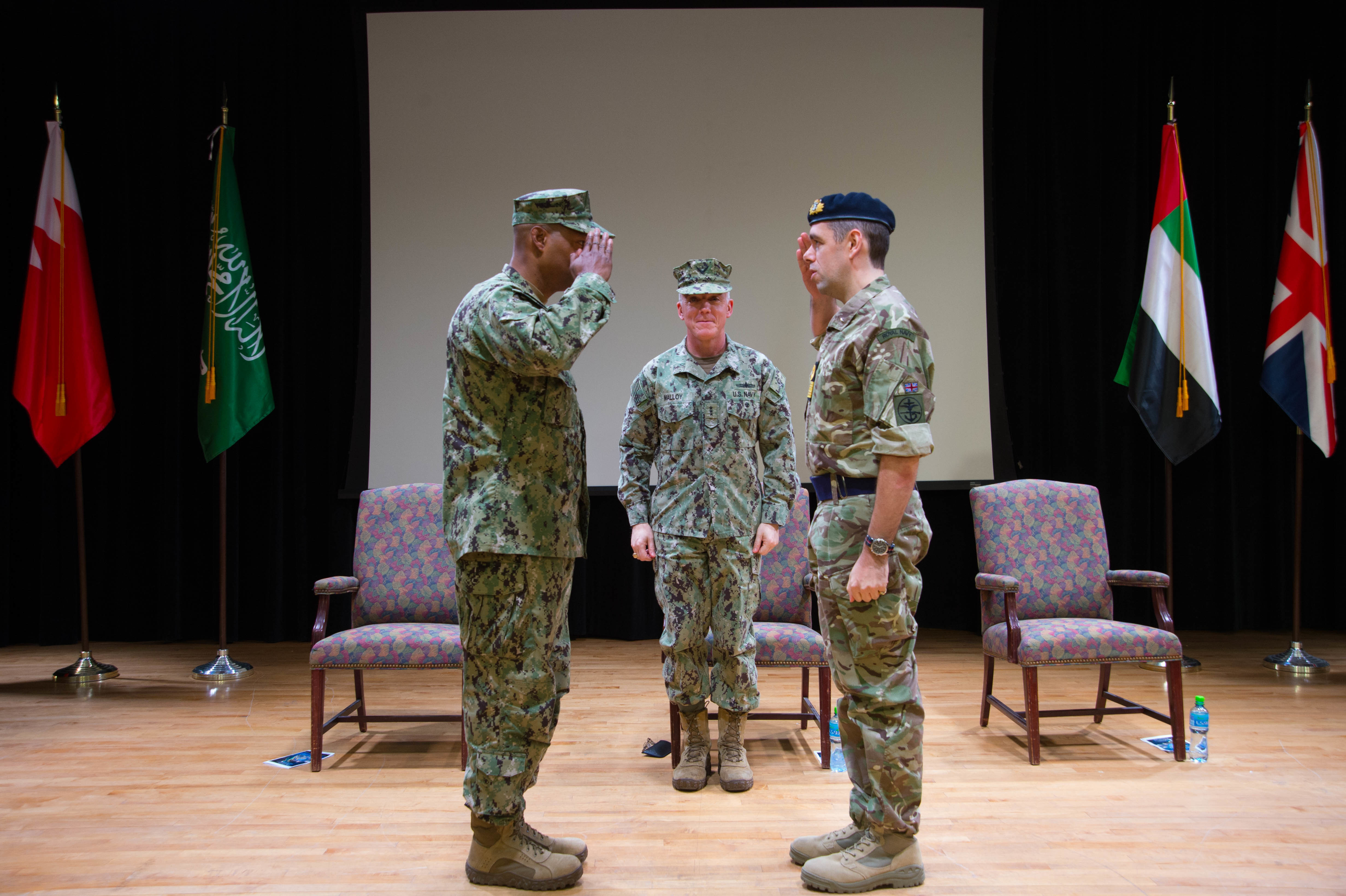 THE PENTAGON – The U.K. Royal Navy is now leading the international effort to protect shipping through the Strait of Hormuz, the Persian Gulf and the Gulf of Oman following a change of command ceremony Thursday.

“We’ve described it as a U.S.-led effort, the IMSC, but clearly we have many partners,” Esper said. “I think the fact that we have the U.K. willing to step up and take leadership of the IMSC, in particular, shows it’s an international effort and we’re all committed to it.”

“The IMSC is committed to ensuring the safety of shipping in the Gulf region, which contains some of the most important choke points in the world. We recognize the importance of freedom of navigation and will ensure it is upheld with its seven member nations,” Parkin said in a statement.

Joining the U.S. and U.K. in the IMSC are Albania, Australia, Bahrain, Kingdom of Saudi Arabia and the United Arab Emirates. The IMSC operates out of Bahrain. The IMSC was created to maintain the freedom of navigation, international law and free flow of commerce through the region.

“This team of trailblazers and its commander, Rear Adm. Alvin Holsey, have been hard at work over the last few months, building an operational team, coordinating operations, patrolling the seas, sending messages of assurance to allies, and demonstrating the international community’s commitment to the security of this critical region,” Vice Adm. James Malloy, the commander of U.S. Naval Forces Central Command and commander of U.S. Fifth Fleet, said in a statement.

In July, Esper announced plans to start CTF Sentinel, which began operating in November. The task force was created following a series of hostile acts aimed at disrupting shipping in the region during the summer.

“The IMSC is committed to ensuring the freedom of navigation in the Persian Gulf and the Gulf of Oman through which over 17,000 ships and one-sixth of global oil production pass each year,” Esper said. “We welcome Commodore Parkin to this vital endeavor which represents an international solution to an international problem.”