The Senate Armed Services Committee poured nearly $1.7 billion into the Navy’s shipbuilding budget for Fiscal Year 2016 beyond the service’s request, in the hopes of starting to pay for later-year needs now before the Ohio Replacement Program bill hits, a committee aide told USNI News. END_OF_DOCUMENT_TOKEN_TO_BE_REPLACED 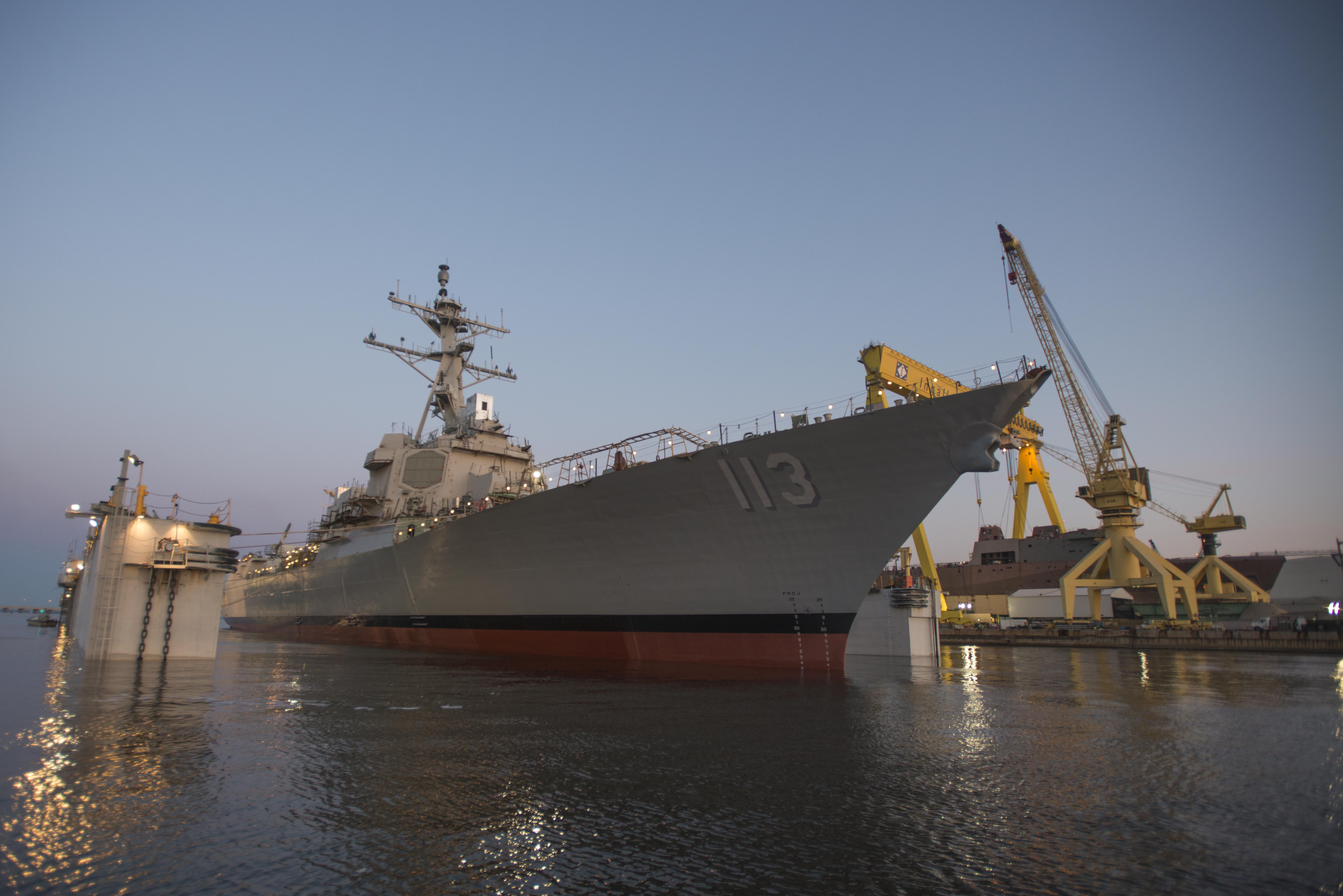 The Navy will christen the first Arleigh Burke restart guided missile destroyer on Saturday, slightly more than a month after launching the ship in late March, the service announced this week. END_OF_DOCUMENT_TOKEN_TO_BE_REPLACED

Ingalls Shipbuilding launched the first destroyer in four years at its yard in Pascagoula, Miss., on Saturday, marking the return of the ship class after being stopped and then restarted. END_OF_DOCUMENT_TOKEN_TO_BE_REPLACED