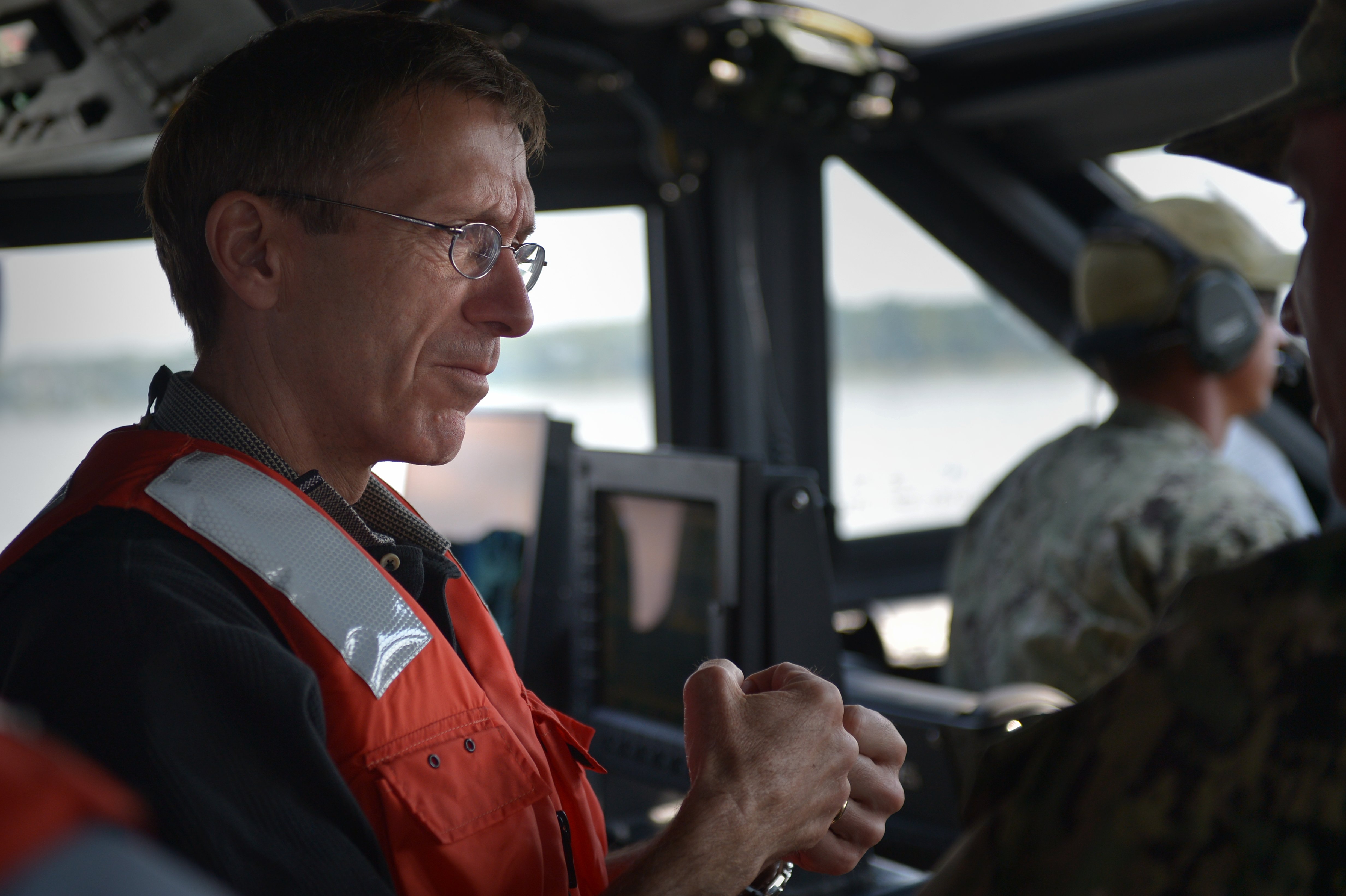 The Navy is doing “the best we can do for the dollars we have” but has developed its attack submarine acquisition plan, cruiser modernization plan and Littoral Combat Ship/frigate downselect plan based on funding shortfalls rather than strategic needs, Navy acquisition chief Sean Stackley told the House Armed Services seapower and projection forces subcommittee.

The Navy, along with General Dynamics Electric Boat and Newport News Shipbuilding, have built two attack submarines a year since 2011 and have seen cost and schedule improvements as a result. With the Ohio Replacement Program (ORP) ballistic missile submarine construction approaching in the 2020s, the Navy has planned for two submarines a year going forward – though some years would include two attack subs and some would include one of each.

With the additional upcoming introduction of the Virginia Payload Module (VPM) – an extra section in the Virginia-class attack subs that would increase their weapons payload from 12 to 40 Raytheon Tomahawk Land Attack Missiles – the Navy previously thought the industrial base could only handle one VPM a year, in addition to the boats, but was looking into the idea of putting VPM on all the Virginia-class boats.

Despite industrial base capacity concerns, the Navy’s Fiscal Year 2017 budget request includes two VPMs in 2020, and Stackley told the subcommittee during the hearing that he was seeking ways to build two attack submarines every year on top of the VPMs and ORPs.

“We have a compelling need for additional attack submarines,” he said, with combatant commanders only receiving about 62 percent of the attack boats they ask for.
“Today, we have 52 boats, a requirement for 48, we have a valley of 41 boats in the 2030s, we start falling below the line in the late 2020s. That valley exists because of the years we didn’t build any submarines and a long period of building one submarine a year. We got up to two boats a year starting in 2011 – everyone has witnessed the improved performance, learning curve, economic order quantity, everything that has come together on the Virginia program to get cost in the right direction, and now those boats are delivering two per year, ahead of schedule, under budget and they’re out there performing. They’re our leading edge.

“When the Ohio Replacement starts construction, our long-term plan has one Virginia a year and one Ohio a year in those years. We still continue with two boats per year but one of those is going to be an Ohio replacement. That helps contribute to the shortfall in submarines, frankly,” Stackley continued.
“And the first time we hit that is going to be in 2021. So we’ll get two boats a year for a 10 year period, then we’re going to dip back down to one, come back up to two, dip back down to one as we build Ohio replacements, and we’ll be at one a year for a while. That’s not good for the nation.

“So that has been the long-term plan, it is as much about affordability as anything else, because of the significant investment Ohio replacement is going to require,” he said.
“But as we sit here today with the 2017 budget being submitted and we’re looking ahead at 2021, we’re looking at that shortfall in the out years, we’ve got to do something now. We’ve got to find an alternative to try to stave off that shortfall. … We’ve got the design technical baseline done, we’ve got the build plan that we’ve worked out with industry, we’re going into the details and as we do this we’re trying to identify, can we generate savings in the way we build the Ohio replacement to help to fund and finance that additional (attack) submarine in 2021? It’s not a part of the program of record, but if we don’t work hard today we’ll miss the opportunity entirely.

“And the most important boat in terms of trying to mitigate the impact associated with that shortfall is the 2021 boat, that second Virginia in that year. We miss that opportunity, we will not be able to regain that later,” Stackley told the lawmakers.
“We are working today, and we hope and expect you to work with us, to determine how can we keep two Virginias a year proceeding within all the fiscal constraints and within the limitations of the industrial base, to address this compelling requirement for the nation.” 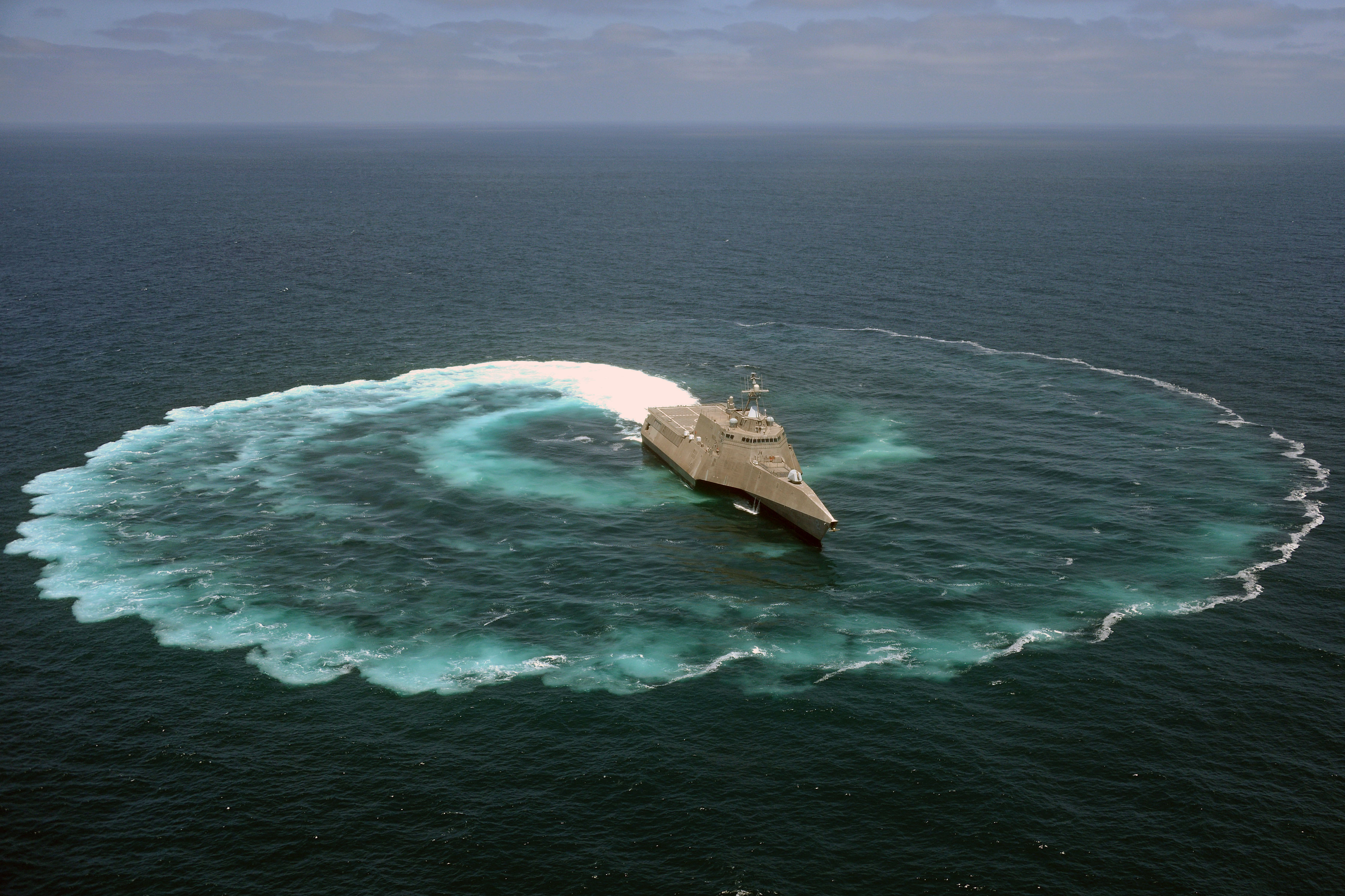 The littoral combat ship USS Independence (LCS 2) demonstrates its maneuvering capabilities in the Pacific Ocean on July 18, 2013. US Navy Photo

Also during the hearing, Stackley said a Secretary of Defense-made decision to curtail the Littoral Combat Ship/Frigate program from 52 to 40 was “a budget-driven decision and accepts risk with small surface combatants.” He also noted the decision will almost certainly cause one of the two builders – Austal USA and Marinette Marine – to go out of business.

Pressed further on the effect of cutting the frigate program, Stackley said somewhat bitterly that both yards had performed well throughout the program’s history but that the decision to drop to one frigate a year could not sustain both yards.

“While today we have two shipbuilders who have been in this program from day one and have invested in their facilities, driven down cost, and are delivering in accordance with contracts, once you go to this level of construction you have to downselect, there’s not enough workload there to sustain two shipyards,” he said.
“There will be a cost impact associated with going to two versus three (in FY 2017), but it won’t break the industrial base. What will break the industrial base will be the decision to downselect. That will drive, likely, one of those shipyards out of business based on their other workload.”

Stackley added that the frigate acquisition strategy was still being developed but that the final contract competed between the two yards would likely be a multiyear contract covering the remainder of the ship program. In a bid to keep competition and therefore lower costs in the frigate program, he said he hoped the strategy would avoid a shorter competitive contract followed by later single-source contracts. 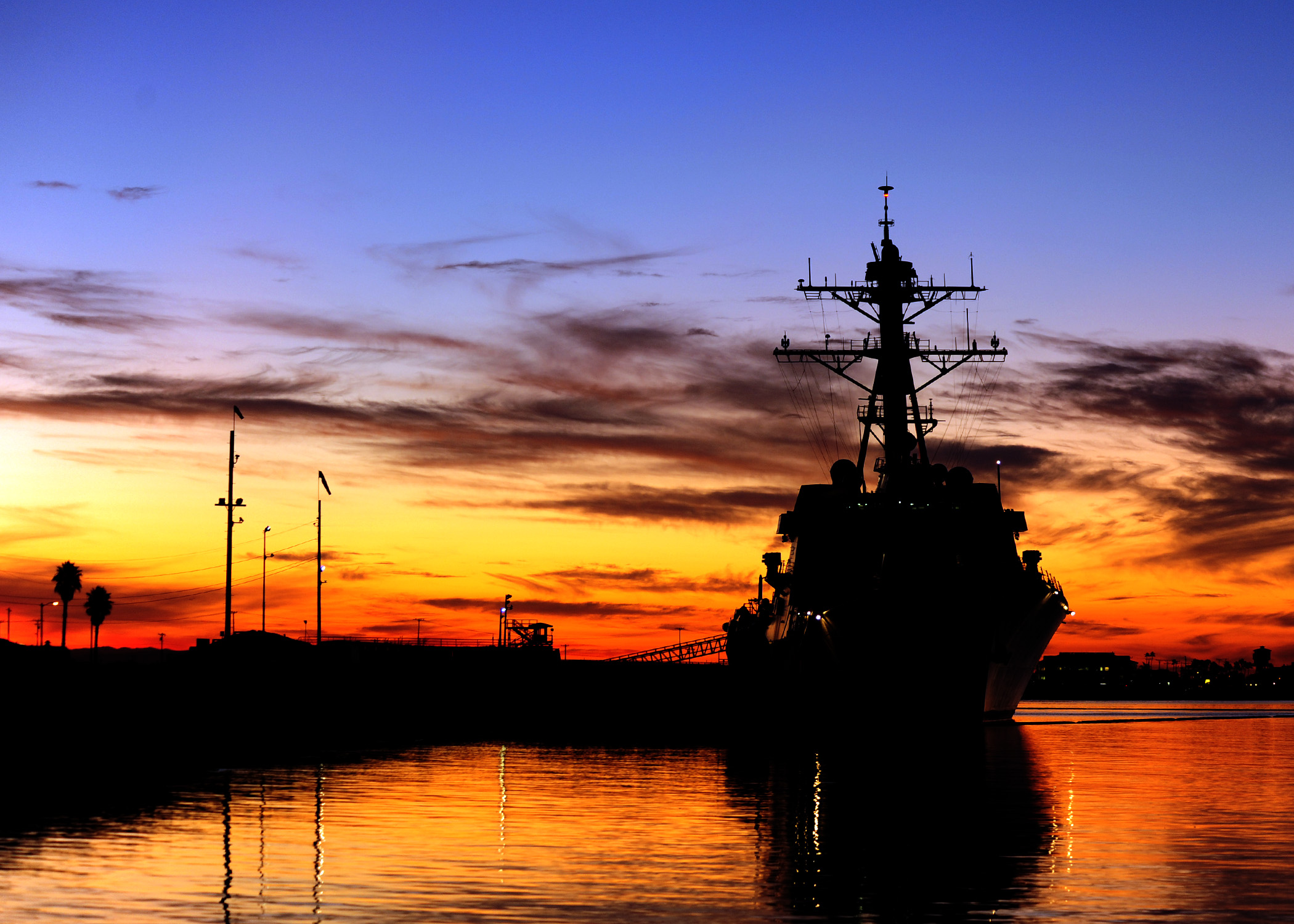 Stackley said the “additional capacity” in the large surface combatant fleet – guided missile cruisers and destroyers – was largely due to the build rate of the Arleigh Burke-class destroyers, which will continue at two-a-year for the foreseeable future.

As a result, Stackley said the upcoming retirement of the cruisers did not present a problem in terms of overall force structure and presence, but rather created a challenge maintaining 11 ships capable of fulfilling the air defense commander role for carrier strike groups.

The cruisers will begin retiring around 2020, and the Navy favors a phased modernization plan that would keep the last cruisers around into the 2040s, whereas keeping them all in active service would lead to the last cruiser decommissioning in the late 2030s.

When the Navy made another push for its phased modernization plan in the FY 2017 budget rollout, Rear Adm. William Lescher described the capabilities-based benefits of the plan, saying “the balance between current and future capability that fits within our budget compels the Navy in this request to propose to Congress inducting the seven remaining cruisers into phased modernization in FY ’17. This is an approach that leverages savings of $3 billion over the [five-year Future Years Defense Program] in operating costs to provide the best overall force balance that maintains air defense commander-capable platforms in the force into the 2040s, that allows us to reallocate personnel elsewhere in the fleet.”

Vice Adm. Joseph Mulloy, who also testified at the hearing, told USNI News in a Feb. 17 interview that “we really do want this plan because we want to keep these ships long-term.” He said maintaining the cruiser fleet in the coming years was so important that the Navy proposed legislative language forcing them to modernize the ships and return them to the fleet when needed – to counter congressional fears that the ships may eventually be decommissioned to save money.

However, when pushed by subcommittee chairman Rep. Randy Forbes (R-Va.) to say whether the Navy wanted to pursue the phased modernization plan for strategic or budgetary reasons, Stackley replied, “I would tell you frankly, first, by dollars.”

Even without financial considerations, the Navy has no replacement for the cruisers in the works and has said repeatedly that it needs to preserve the cruisers’ service life into the 2040s to have sufficient air defense commander capabilities. The Navy is wrapping up a study now to determine a way forward for a family of future surface combatants – replacements for cruisers, patrol boats and potentially others in between – but those ships wouldn’t hit the fleet until at least the late 2030s, USNI News has reported, making the service life of today’s cruisers an important consideration regardless of funding levels.

A Navy official told USNI News after the hearing that, despite Stackley calling the phased modernization plan a budgetary decision whereas other officials have focused on the strategic implications, the cruiser plan makes sense on both levels.

“There is zero space between Vice Adm. Mulloy and (Assistant Secretary of the Navy) Stackley. This proposal makes the best practical sense given the fiscal environment and the capability required to combat current and future threats,” the official said.
“We look forward to continuing the dialogue with the Congress on this important issue.”