This request would save $3 billion in operating costs but would also set up a battle with Congress, which has come down against sidelining the cruisers in bulk. Lawmakers have also said the Navy cannot take its ballistic missile defense-capable cruisers out of service for modernization without having a BMD-capable replacement ready– and four of the Navy’s five BMD-capable cruisers are still awaiting modernization.

“The balance between current and future capability that fits within our budget compels the Navy in this request to propose to Congress inducting the seven remaining cruisers into phased modernization in FY ’17,” he said during his briefing.
“This is an approach that leverages savings of $3 billion over the [five-year Future Years Defense Program] in operating costs to provide the best overall force balance that maintains air defense commander-capable platforms in the force into the 2040s, that allows us to reallocate personnel elsewhere in the fleet.

“This is the best way to update our cruisers relative to the evolving threat within the resources we have available,” he continued.
“We’re choosing to retain a more capable future cruiser fleet longer into the future over lesser capacity today. The department has committed more than $500 million in the FYDP to ensure the return of these cruisers to the fleet to meet our future air defense commander requirements.”

In an effort to insert the newest warfighting technology into the 33-year-old ship class, the Navy has already put the latest Aegis Combat System capabilities on the oldest 11 of the 22 cruisers – those ships had already undergone modernization work, where the old computers were ripped out and new open architecture systems were put in, enabling the Navy to update the server blades and software with relative ease.

As for the younger 11, the Navy in 2014 asked to keep the older 11 in the fleet and put the younger 11 in reduced operating status, preserving what’s left of their 35-year service life and modernizing them just in time to serve as one-for-one replacements as the older cruisers decommissioned. That plan, the original request for a phased modernization plan, was rejected by lawmakers.

Congress eventually came up with a 2/4/6 plan – two cruisers a year would enter a modernization period that could last no longer than four years, with no more than six cruisers in the yard for modernization at any given time. Though the Navy insisted this plan would drain service life from the cruiser fleet faster – with the last ship decommissioning in 2038 instead of in the early 2040s under their layup plan – the Navy began implementing it. USS Cowpens (CG-63) and USS Gettysburg (USS-64) went into modernization periods in FY 2015, and USS Vicksburg (CG-69) and USS Chosin (CG-65) will begin their modernizations this summer with FY 2016 funding.

“The 2/4/6 plan, that was the prior plan that was being executed, would have brought in two more cruisers in FY ’17. This plan basically brings in those two, plus an additional five,” Lescher explained during a question and answer session.
“By doing that, it provides some flexibility … and that’s advantageous because it helps us level-load the industrial base and address, as there’s peaks and dips in the repair industrial base, these ships can be essentially adjusted to come into that period.

“The long-term plan in fact would have them continue to have as a one-for-one replacement as the oldest 11 cruisers were retired, one of these phased modernization cruisers would then come out,” he said, a feature that mirrors the original phased modernization plan and drew the ire of many lawmakers, who didn’t trust the Navy to follow through with bringing the ships back several years down the road.
“The department leadership has spoken very clearly about the commitment to bringing these cruisers back into the fleet. We have this important requirement for air defense commander-capable platforms, one per carrier strike group into the 2040s, so the evidence of that commitment is the $500 million that are invested in this budget to make the FY ’17 plan work. And as part of the legislative proposal as well the department is proposing essentially increased congressional oversight that would be applicable for any changes to the status of these cruisers in terms of inactivation.”

The Navy is still likely to run into pushback from Congress. Lawmakers made clear in hearings last year that they didn’t trust Navy leadership to bring the ships back into the fleet once they were taken out of service, particularly in bulk quantities. And lawmakers have also said that ballistic missile defense-capable cruisers cannot be taken out of operations for modernization work until another BMD-capable ship is ready to replace it, according to director of surface warfare Rear Adm. Peter Fanta. 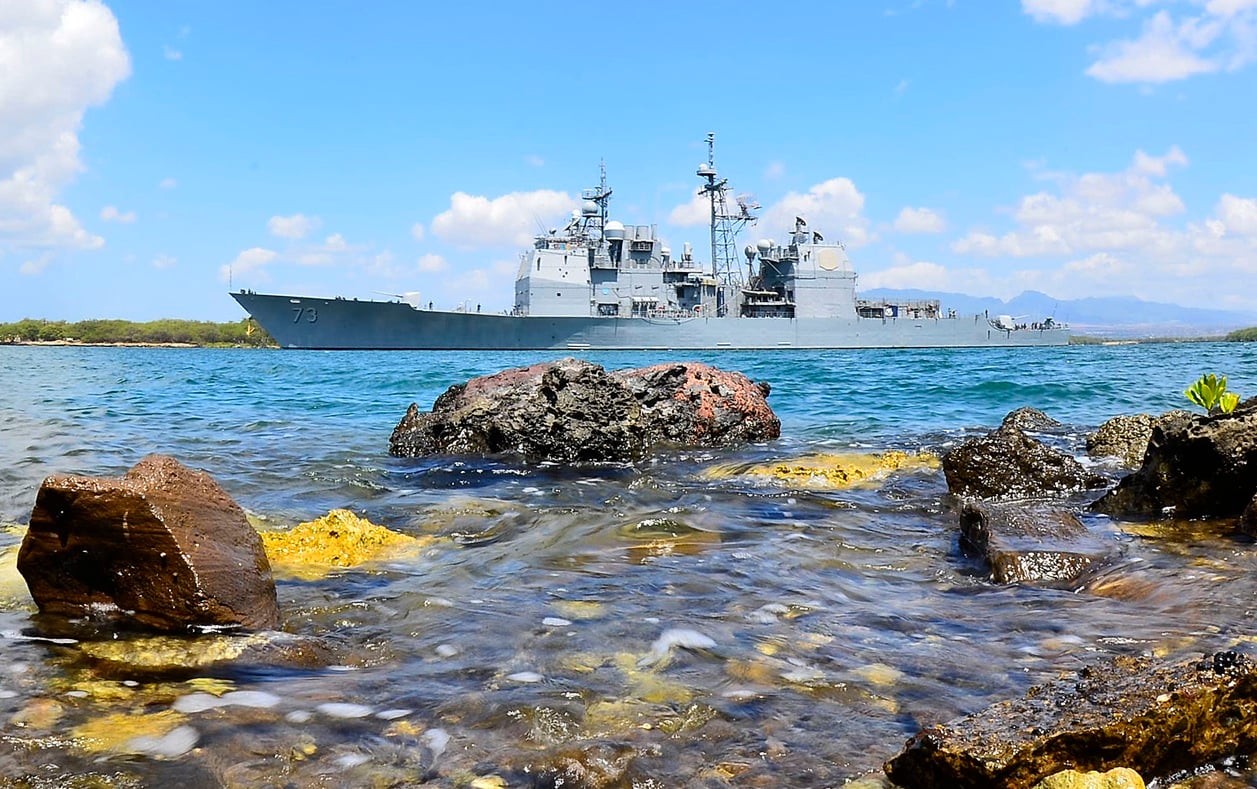 Fanta spoke about the cruiser modernization effort last month at the annual Surface Navy Association national symposium. Addressing criticism that the Navy doesn’t know what it’s doing with the fleet, Fanta said “those first 11 cruisers, those oldest cruisers – while everybody else has been wailing and gnashing their teeth about what we do with using the money Congress gave us … we’ve upgraded 10 of the first 11 cruisers, or we will by the end of next year. Remember a few years ago when we changed those cruisers from standard Navy computer systems to open architecture, commercial-off-the-shelf? Well it allowed us now to work with industry to change out blade servers in those first 10 cruisers and make them the highest capability Aegis ships we have out there. It allowed us to take that technology and leap forward and now counter supersonic ballistic missiles, increased capabilities, subsonic stream raids, and everything else. It allowed us to shoot at range, it allows us to shoot over the horizon, it allows us to do everything else. Why? Because we used that open architecture, and while everybody else was watching the bright shiny object over here we just went and updated those cruisers.

“Okay, that’s 10,” he continued. “We’re taking … four total into modernization by the end of this year – they will get the same combat system upgrade and we will do all the engineering to make sure they work for a long time. That’s 14. Now, we have five ballistic missile cruisers out there, we are under statute to keep those going and not replace them until we get another BMD cruiser – okay, that’s five more, that’s 19 of the 22 cruisers, and people say we don’t know what we’re doing with the cruisers. Let me see, that’s 19 of 22. Yeah, we’re working the last couple. Cruisers are getting updated.”

USS Bunker Hill (CG-52), the oldest of the remaining cruisers, commissioned 30 years ago and is expected to decommission in 2020, according to the FY 2016 30-Year Shipbuilding Plan. USS Cowpens (CG-63), the oldest within that younger half of the cruiser fleet, commissioned 25 years ago. The rapidity with which the cruisers were built may soon cause a dilemma. The Navy will see them all go out of service within a short span of time – though the Navy’s plan to lay up 11 until the first cruisers retired would have alleviated this problem to a degree – and the Navy has not yet identified how to replace the cruisers. A CG(X) cruiser replacement program was canceled in 2010, and the Navy is working through a new future surface combatant study that seeks to identify a family of systems solution to future large and small surface combatant needs.