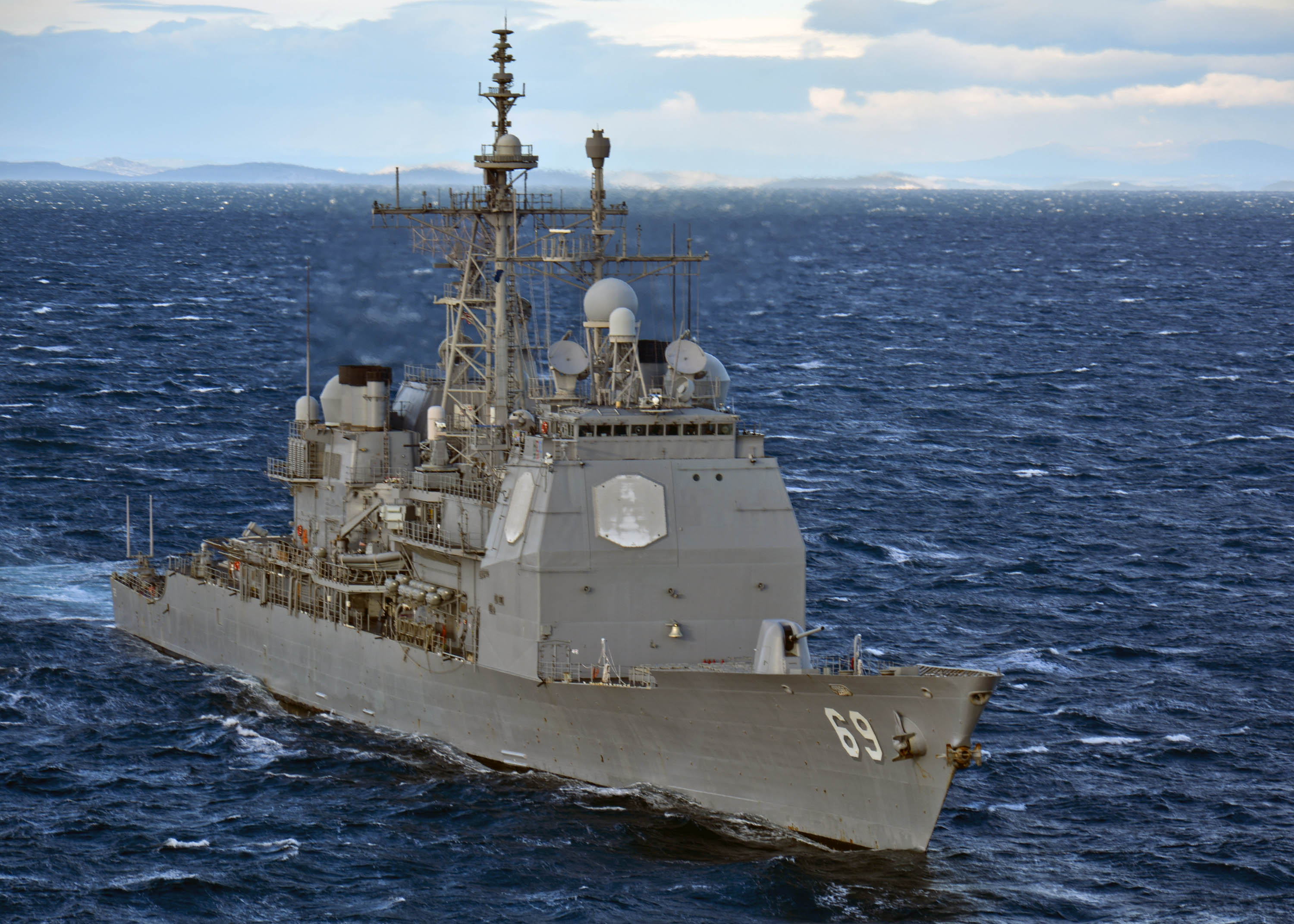 Navy Secretary Ray Mabus pushed back against the logic that led the House Armed Services Committee (HASC) to adopt a two-year cruiser modernization schedule, saying there were ways the Navy and Congress could work together to implement the Navy’s preferred phased modernization plan while overcoming the trust issues in Congress.

Mabus told reporters on Thursday he was “relatively happy about the mark,” which was passed out of the committee early Thursday morning. But on the cruiser issue – HASC changed last year’s 2/4/6 modernization into a 2/2/6 plan, cutting the time to do the shipyard work in half – Mabus said, “I really do think it’s a matter of not quite trusting us, that people have used bad language in the past – layups, decommissionings, things like that.”

The Navy still hopes Congress will change its mind and agree to the phased modernization plan laid out last year – in which 11 cruisers that have already been modernized would stay in the fleet and the 11 unmodernized ships would go into reduced operating status. Hull, mechanical and electrical work would take place over a longer period of time, and the ships would get a combat system upgrade and return to the fleet next decade as the other cruisers begin to retire.

HASC seapower and projection forces subcommittee chairman Rep. Randy Forbes said during the defense bill markup Wednesday that he believed if the ships were allowed to be put into reduced operating status they’d never return to the fleet.

“They will still be under command of the [chief of naval operations], they will never go out of commission. And if we need to put them back to sea – except for the ones in deep modernization – we could, we would just get a crew on them and take them out,” he said.
“I’m willing to accept any sort of mandatory language that says we’ve got to do this. But if we don’t, if we do it piecemeal, we aren’t going to have enough money to do all the modernization, they’re going to have to come up with more money to modernize the rest of the cruisers. We’re not going to get the savings from the time they’re in modernization, the manning that comes off of it. And, like I said, we’ll just lose them earlier.”

“We thought we came up with the best way to keep the most cruisers in for the longest time at the most affordable way, but obviously they get the last word in it,” Mabus said, adding that the Navy would implement whatever plan Congress passes but would like to continue discussing the phased modernization plan.

The secretary admitted that the Navy wanted to get rid of the cruisers in the past to save money, but he said today he and Greenert are “100-percent” committed to getting the ships modernized and back to sea.

“Whatever proscriptive language they want to come up with that would mandate us – mandate us to buy all the modernization stuff except for the electronics, because that’s going to change somewhat, upfront. Mandate that we sign contracts with shipyards so it would cost us money if we backed out of them,” Mabus said. “There are ways you can do this.”