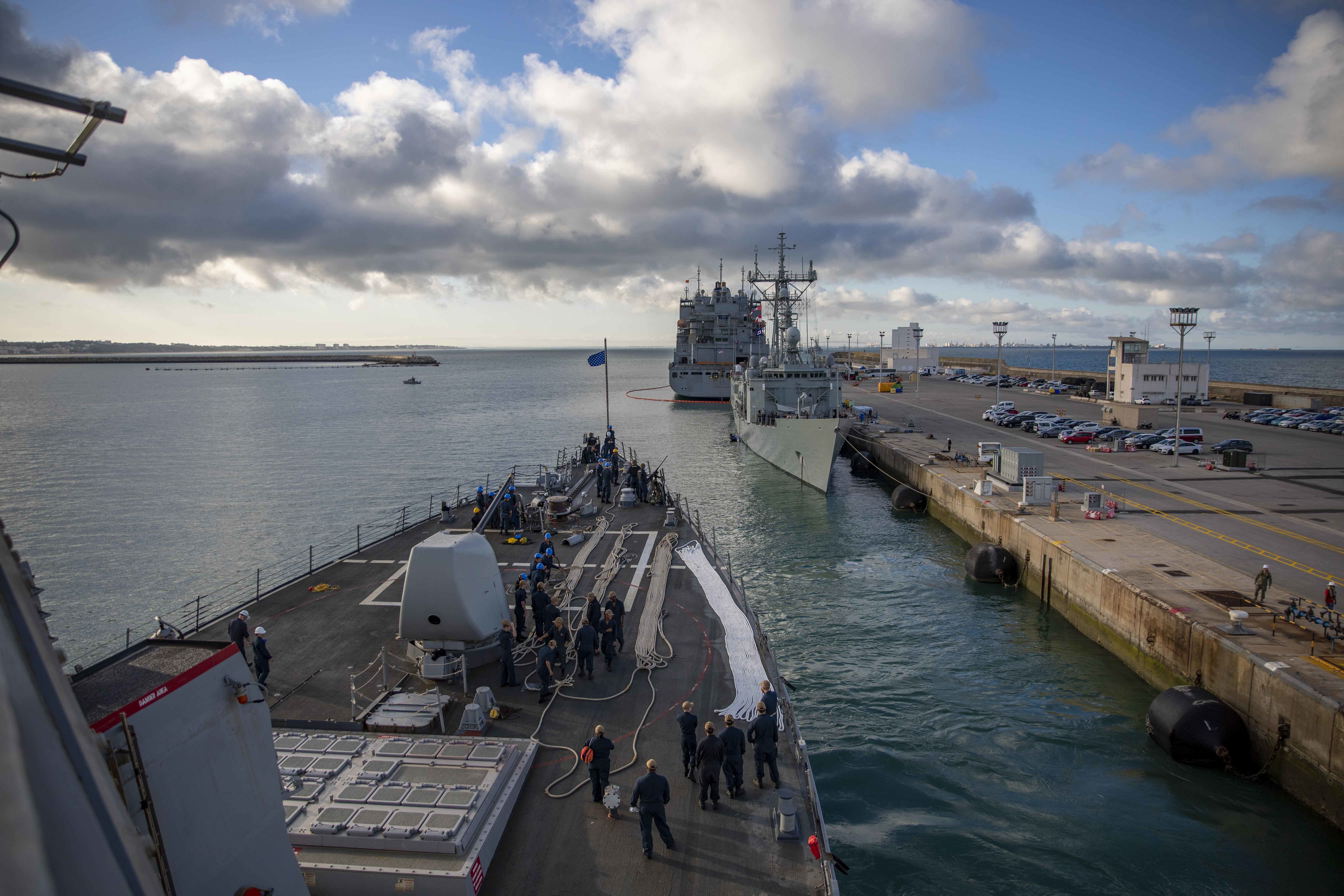 This story has been updated with additional information about USS Paul Ignatius (DDG-117) moving to Rota, Spain.

Speaking to reporters aboard Air Force One, White House National Security Advisor Jake Sullivan disclosed the plans while traveling to Madrid, Spain, for the NATO summit.

“Those will help increase the United States’ and NATO’s maritime presence and all the relevant maritime domains in the Euro-Atlantic area,” Sullivan said of the destroyers, according to a White House transcript.

It’s unclear which ships will head to Rota or when they will depart. The Office of the Secretary of Defense did not immediately return a request for comment on the destroyers.

Earlier this month, the Navy announced that USS Paul Ignatius (DDG-17) pulled into Rota for its formal homeport change. It’s unclear which destroyer Ignatius will replace, but Ross and Porter are the next ships set to cycle out of Rota this year. Arleigh Burke moved to Rota last year, replacing USS Donald Cook (DDG-75), and Roosevelt replaced USS Carney (DDG-64) in 2020.

Lawmakers have previously questioned U.S. officials about the potential to base more destroyers in Rota, according to a March 2020 Defense News report.

The announcement from the Biden administration comes as Russia’s invasion of Ukraine enters its fifth month.

Several weeks before the invasion, the U.S. sortied four East Coast-based destroyers to Europe, USNI News previously reported. Officials at the time were careful not to link the surge to Russia’s massing of troops on its border with Ukraine, but sending the additional destroyers to U.S. 6th Fleet amounted to the largest naval presence in Europe since 2018, according to the USNI News carrier deployment database.

After Russia annexed Crimea in 2014, the U.S. Navy’s Rota-based destroyers would regularly operate in the Black Sea for deterrence missions. But no U.S. warships have entered the Black Sea since Russia invaded Ukraine in February.

The Harry S. Truman Carrier Strike Group has been operating in the Mediterranean since December and has gone under NATO command twice. Defense Secretary Lloyd Austin in December ordered the CSG to remain in the Mediterranean as Russia massed troops on its border with Ukraine. In March, Austin extended the Truman CSG’s deployment, which could go until August, USNI News previously reported.