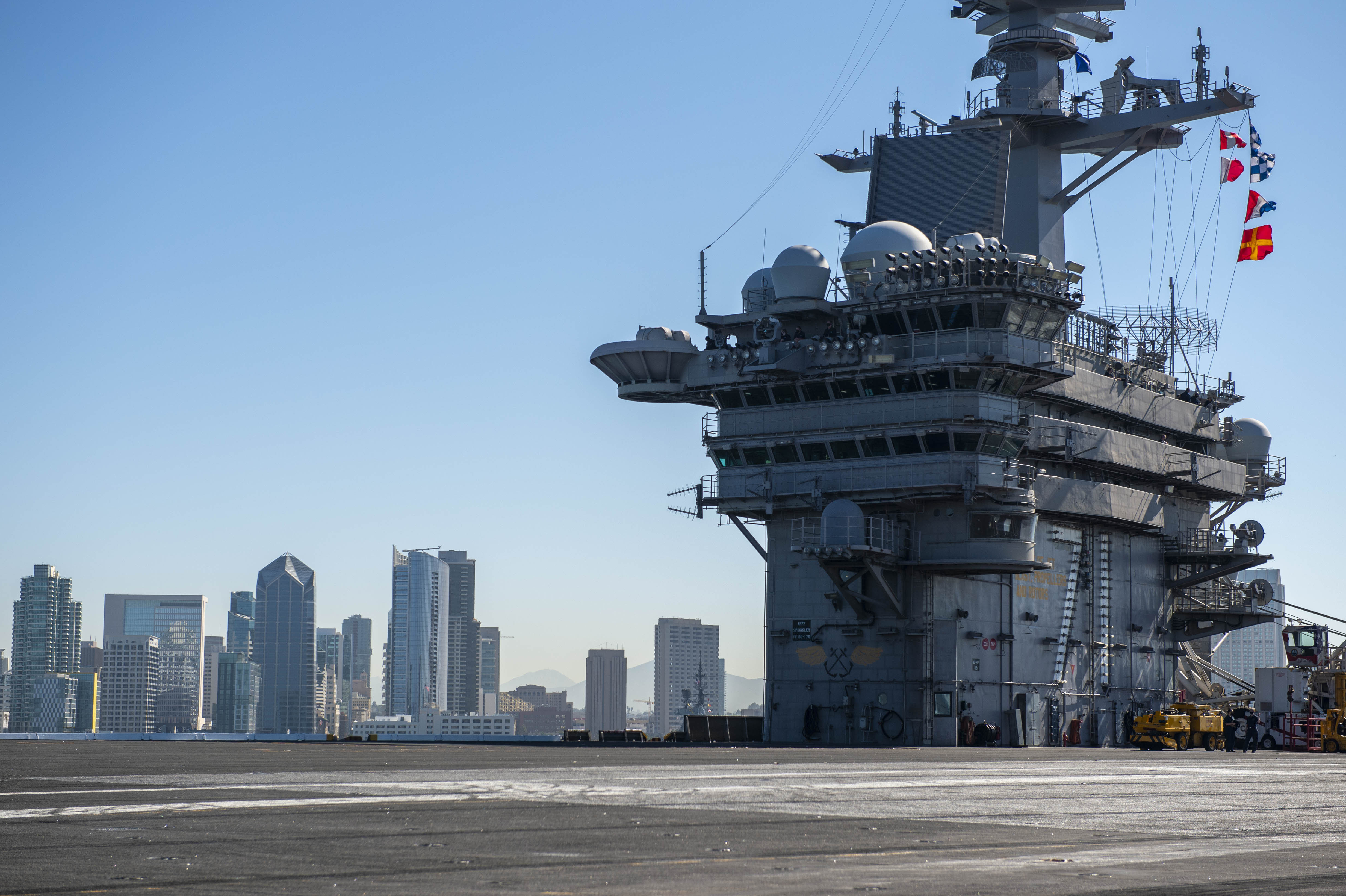 This post has been updated to include a statement from U.S. 3rd Fleet.

USS Theodore Roosevelt (CVN-71) and its escorts left San Diego today ahead of a second 2020 deployment, according to ship spotters.

The strike group had been in quarantine since mid-November, as part of the Navy’s COVID-19 mitigation procedures used before ships can get underway for major training events and deployments.

USNI News reported last month that, after the TR CSG’s two-week quarantine ended, the strike group would get underway for a sustainment exercise and then an eventual deployment.

Because the strike group deployed so recently, it does not need to go through the whole pre-deployment exercise and certification routine, with a shorter sustainment exercise sufficing.

“The Theodore Roosevelt Carrier Strike Group is currently underway conducting operations in U.S. Third Fleet. The strike group is a combat-ready national asset capable of both deterrence and offensive strike that provides our national command authority with flexible options, all domain access, and a visible forward presence,” 3rd Fleet spokesman Cmdr. Sean Robertson told USNI News today.
“TRCSG has maintained its readiness since it returned from deployment in July. It continues to train and perform together as a unit in order to be ready for any, and all, challenges.”

The Navy would not comment on upcoming deployment plans, citing a policy not to discuss future operations.

On the other coast, USS Dwight D. Eisenhower (CVN-69) and its strike group are preparing to do the same thing in the coming months. The Eisenhower CSG also deployed this year, from January to August, and will also have to deploy a second time, called a double-pump deployment. Eisenhower departed from Naval Station Norfolk, Va., over the weekend.

USNI News previously reported that carrier strike group operations in 2020 are at their highest since the Arab Spring, even as the Navy has just a few carriers that are certified to operate. Several are tied up in long-term maintenance efforts and unavailable to contribute to the increased workload, forcing situations like both the IKE and TR strike groups to conduct double-pumps.

Earlier this year, as many as four carrier strike groups were deployed at once. In the first week of July, for example, the Nimitz and Ronald Reagan CSGs operated together in the South China Sea, the Eisenhower CSG was in the North Arabian Sea and the Theodore Roosevelt CSG was nearing the California coast on its way home from deployment.

However, in recent weeks, as the Navy was trying to get the TR and IKE strike groups through minor maintenance and ready to get to sea again, just USS Nimitz (CVN-68) had been operating. Nimitz relieved Eisenhower in the Middle East in July and has mostly been operating there since, with a short visit to U.S. 7th Fleet to operate with an Indian aircraft carrier.

The Navy does not talk about future ship movements, but an officer-involved in one of the carrier deployments suggested it could turn out that Nimitz relieved Eisenhower in the Middle East and then was relieved by Eisenhower on its second deployment, showing how thin the carrier fleet is at the moment.

The Theodore Roosevelt Carrier Strike Group deployed from January to July in a deployment that was most notable for a massive COVID-19 outbreak that infected more than 1,200 of the 4,800 sailors assigned to the carrier and killed one, Aviation Ordnanceman Chief Petty Officer Charles Robert Thacker Jr.

The Navy still has not publicly how it believes the outbreak on the carrier started.

Since that outbreak, measures have been put in place to keep sailors as spread out as possible despite tight quarters on a ship; to enhance cleaning and disinfecting on ships; to quarantine ahead of going to sea; and to test sailors regularly to detect any asymptomatic or pre-symptomatic cases.