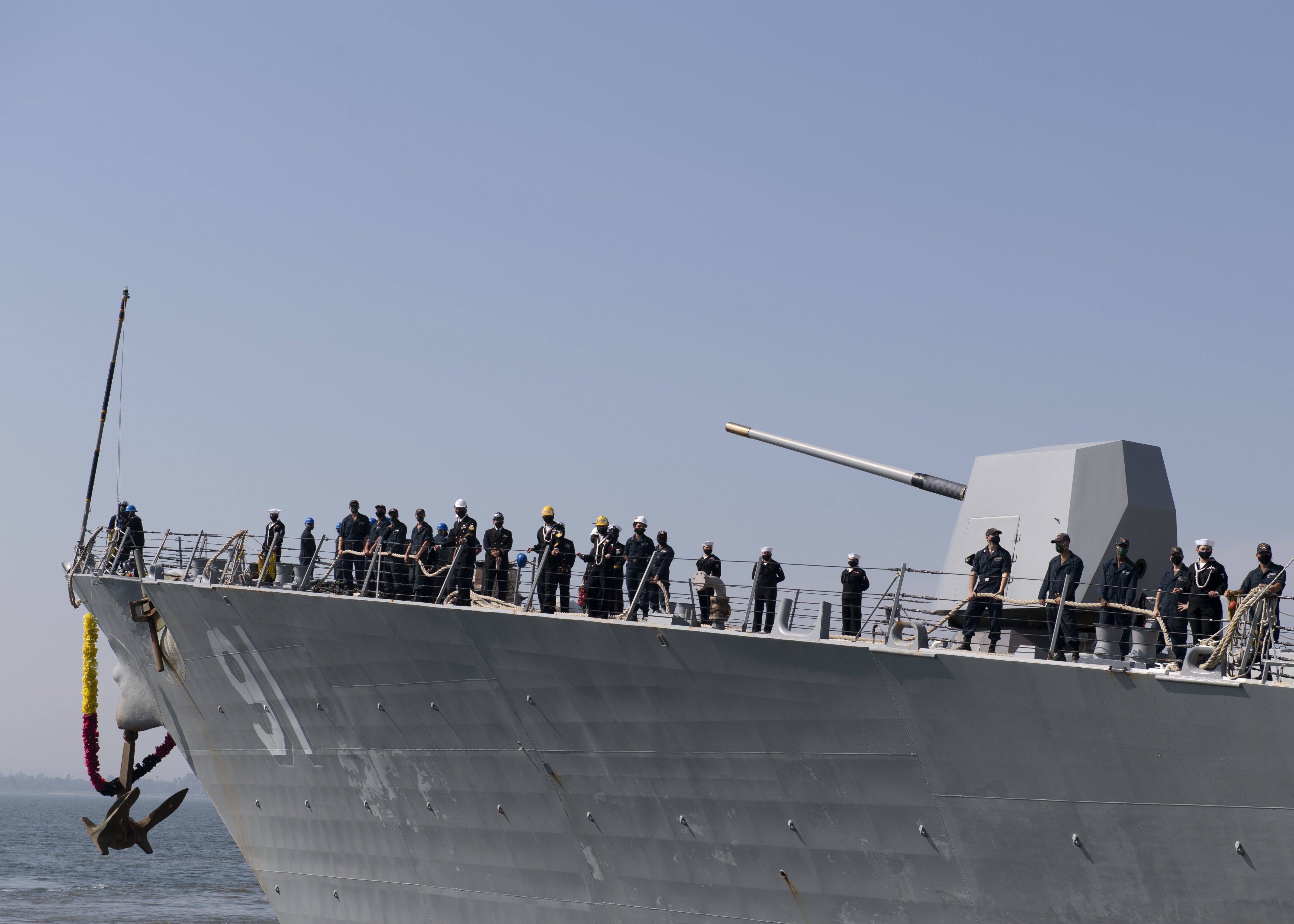 The Arleigh Burke-class guided-missile destroyer USS Pinckney (DDG 91) returns to its homeport of Naval Base San Diego following the successful completion of a nine-month deployment. While deployed, Pinckney spent time in the U.S. 4th and 7th Fleet areas of operation. U.S. Navy Photo

“A lengthy deployment is always challenging, even more so in the midst of a global pandemic that kept us all on the ship for the past six months,” Cmdr. Ryan Conole, the executive officer of the destroyer, said in a statement.

“Our team was able to stay focused and on the mission, and we could not have done that without the support of our families and friends back home who were also dealing with an incredibly challenging environment on the homefront,” he added.

While Pinckney originally deployed as part of Destroyer Squadron 23 with the Roosevelt CSG, the destroyer peeled off in April, after USS Theodore Roosevelt (CVN-71) was forced to remain pier-side in Guam because of a COVID-19 outbreak onboard. Pinckney went on to perform anti-drug missions in the U.S. Southern Command area of responsibility. 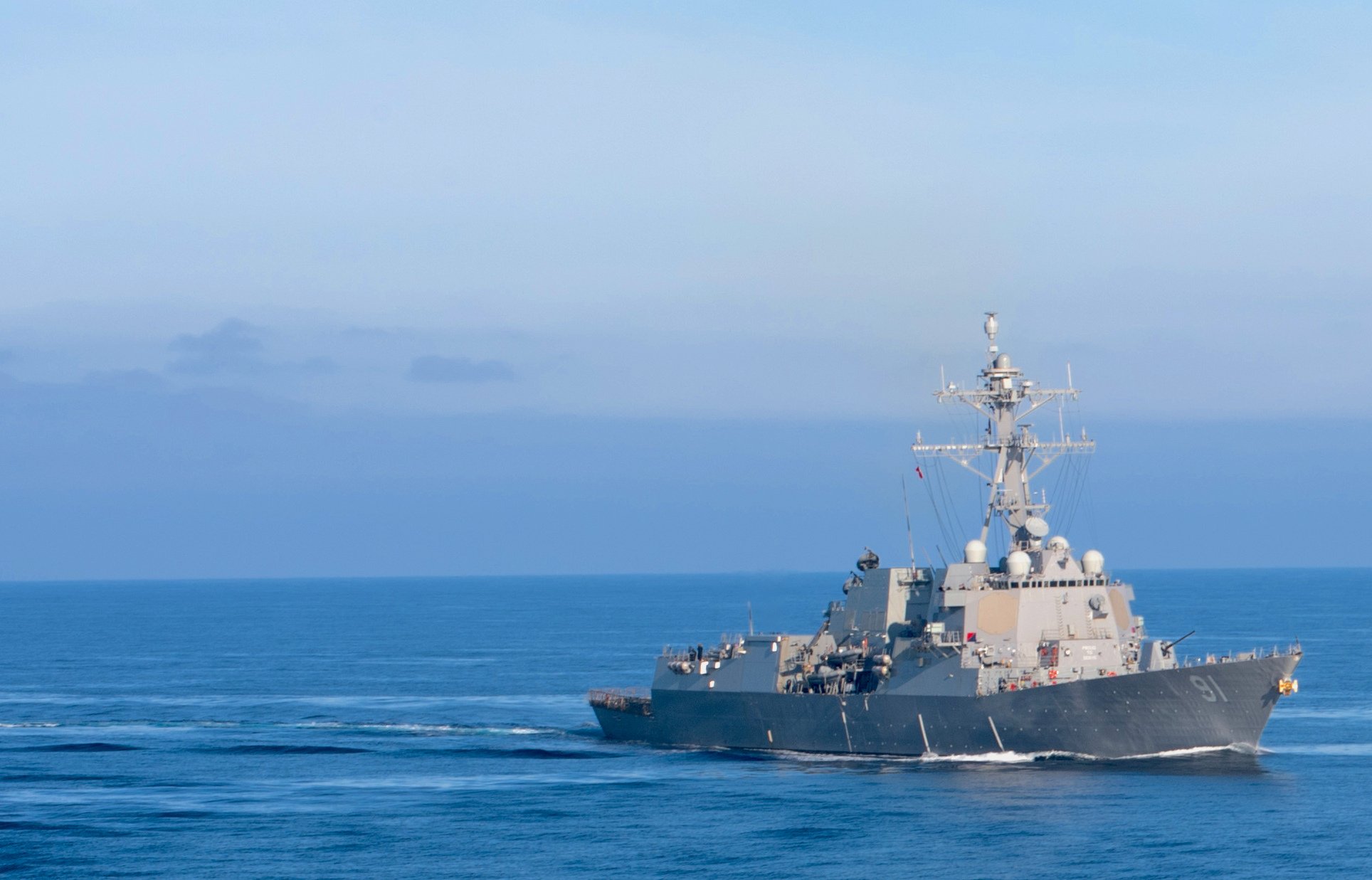 USS Pinckney (DDG-91) participates in a live-fire exercise with the on 2017. US Navy Photo

“During their deployment, Pinckney, with their embarked U.S. Coast Guard Law Enforcement Detachment (LEDET), recovered an estimated 9800 kilograms of suspected cocaine and an estimated 2800 pounds of marijuana worth over an estimated wholesale value of $720 million,” the Navy said in a news release. “In addition, Pinckney also conducted freedom of navigation operations and participated in a passing exercise (PASSEX) with the Guatemalan navy.”

Pinckney and other Navy destroyers have operated in SOUTHCOM performing counter-narcotics missions this year as the Trump administration has boosted its warship presence in the region, USNI News previously reported.

During its deployment, Pinckney also performed a freedom of navigation operation in mid-July to protest Venezuela’s maritime claims.

Pinckney joins destroyers USS Stout (DDG-55) and USS Kidd (DDG-100) in wrapping up long-haul deployments. Stout had been at sea for 208 straight days as of Sept. 26, according to the Navy.

Kidd, which pulled into Naval Station Everett, Wash., on Sept. 21, also deployed with the Roosevelt CSG in January and was later dispatched to perform anti-drug operations in SOUTHCOM. But sailors onboard Kidd contracted COVID-19, forcing the destroyer to pull into Naval Station San Diego, Calif., at the end of April. Kidd went back to SOUTHCOM in mid-June to continue counter-narcotics missions after ridding the warship and its crew of the virus.