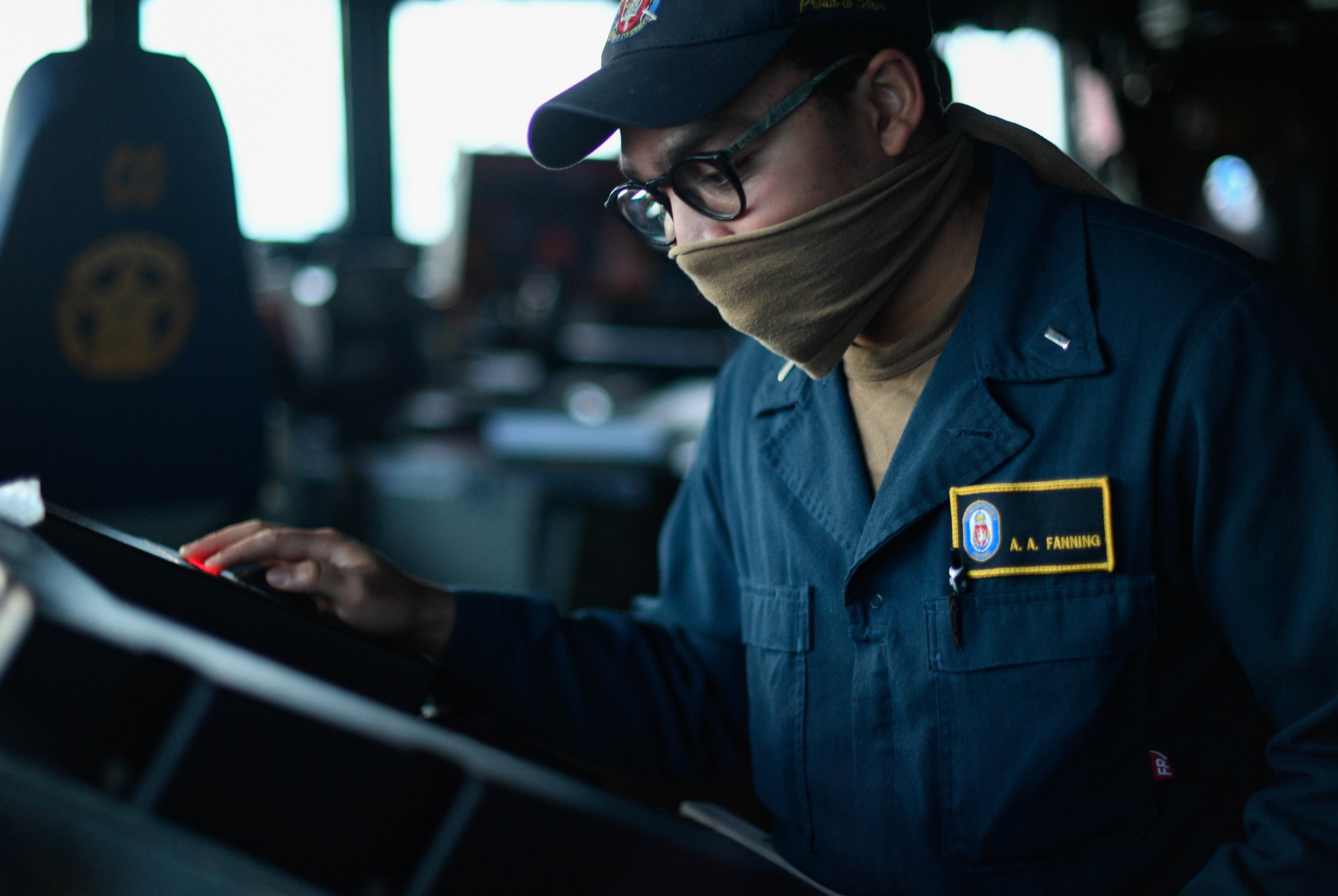 Lt. j.g Alexander Fanning uses a radar system in the pilothouse of the Arleigh Burke-class guided-missile destroyer USS Pinckney (DDG-91) on May 28, 2020. US Navy Photo

A U.S. guided-missile destroyer conducted a freedom of navigation operation off the coast of Venezuela, U.S. Southern Command announced on Wednesday.

Caracas, not a signatory of the U.N. Law of the Sea Convention, claims military ships operating within 200 nautical miles of the coast need prior approval from the Venezuelan government. UNCLOS allows ships to operate in a country’s 200 nautical miles exclusive economic zone without prior notification.

While U.S. freedom of navigation operations have the strongest association with the South China Sea, the U.S. conducts regular operations across the world. With a recent influx of naval warships to U.S. 4th Fleet as part of an anti-trafficking push, there are even more opportunities to conduct FONOPS in this region as well.

The Pinckney operation is similar to one last month by guided-missile USS Nitze (DDG-94) that tested the same claim in late June.

Pinckney deployed as part of the Theodore Roosevelt Carrier Strike Group in January and has been operating in the region as part of the Trump administration’s stepped-up counter-trafficking operations.

The additional assets in the region allow other operations beyond interdicting narcotics.

“If you look at the Navy’s mission of sea control, there’s some very valuable insights and training and practical skills that our teams gain by conducting these missions,” 4th Fleet Commander Rear Adm. Donald Gabrielson told USNI News in a June interview.