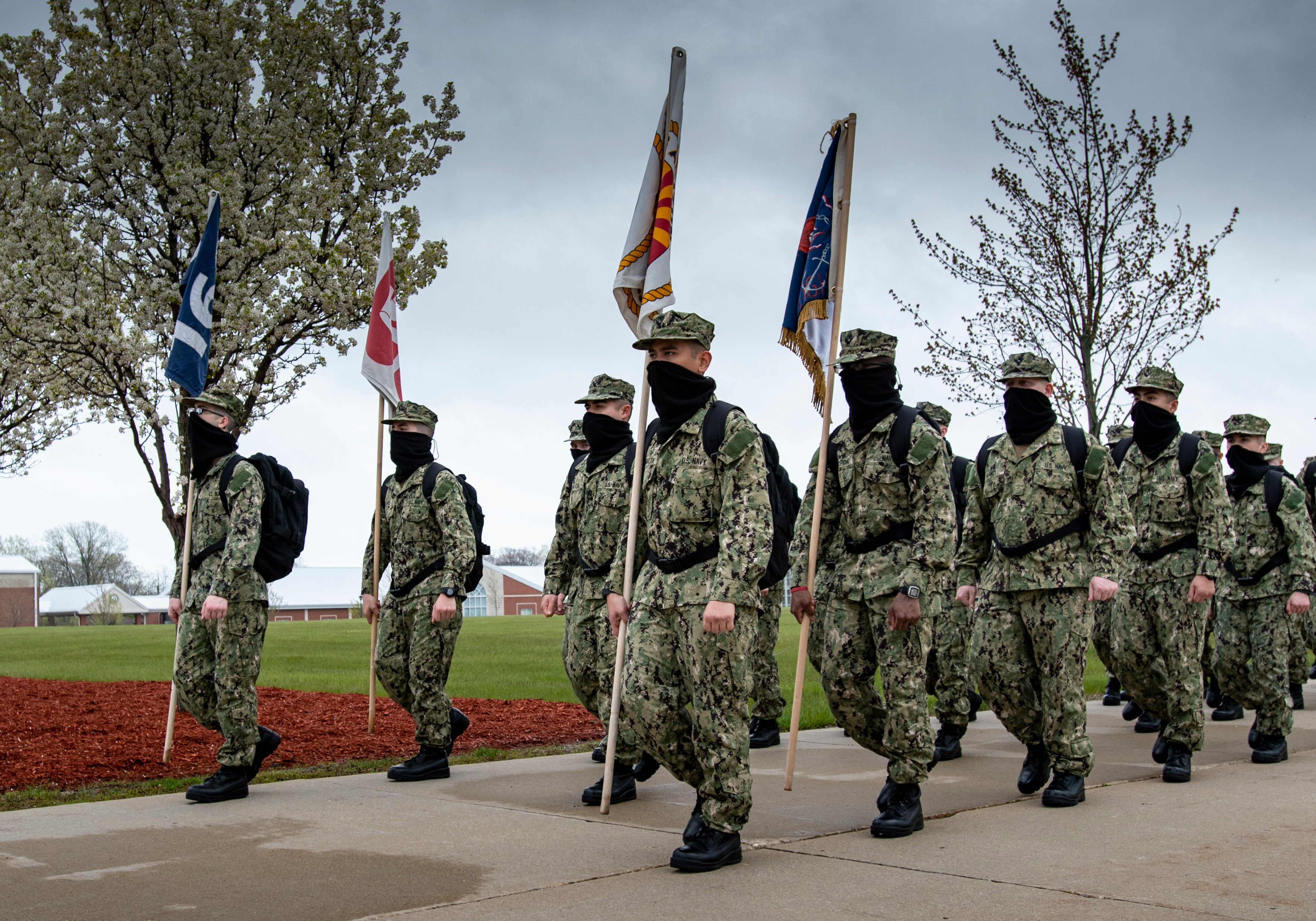 The Navy is extending indefinitely its practice of isolating all 750 recruits arriving weekly for boot camp at Naval Station Great Lakes for two weeks at off-base hotels and a closed water park.

The Navy imposed the 14-day off-base restriction of movement period for all recruits arriving at Great Lakes on April 20 as part of a strategy to prevent the spread of COVID-19 throughout the base. Initially, each incoming class to 500 recruits and all were placed at the Great Wolf Lodge, a shuttered waterpark resort about 7 miles from the base.

The Navy’s first contract, $1.1 million for 30 days, expired at the end of May. The Navy also increased the size of incoming classes to 750 recruits in May, exceeding the capacity of Great Wolf Lodge. Some recruits are now spending their 14-day ROM at nearby hotels.

The Navy currently has $3.4 million in contracts through September 30 to house each recruiting class for two-week stays at area hotels. The total amount spent and length of the contracts might change depending on need as the summer progresses, according to the Navy.

“The mitigation measures we’ve put in place at Recruit Training Command have been extremely effective and proof of that success can be found in the numbers,” Vice Adm. John Nowell, chief of naval personnel, said in an email to USNI News. “Since March, after we instituted a three-week pause in shipping new recruits to RTC, we’ve been able to increase the weekly number of recruits into our protected bubble from 500 to approximately 750 per week. In that same timeframe, more than 6,400 new sailors have graduated, with thousands more in training now. I couldn’t be more proud of the entire team at RTC who, in the midst of a global pandemic, put the mission first and dedicated themselves to achieving this incredible accomplishment while their families, truly unsung heroes, continue to support them from outside our protected bubble.”

The Navy’s recruit training pipeline was shuttered for three weeks, starting on March 30, after a recruit tested positive for COVID-19 at the Recruit Training Center. When the Navy resumed shipping recruits to Great Lakes, the service isolated each incoming class at Great Wolf Lodge for two weeks.

The recruits are checked daily for COVID-19 symptoms and participate in light physical activity, such as stretching during designated times each day. Recruit Division Commanders supervise the recruits and facilitate Navy instructional course work and training periods throughout the day. All meals – including two hot meals per day – are delivered to recruit rooms.

Recruits staying at Great Wolf Lodge are not authorized to use the waterpark amenities. On March 9, Illinois Gov. J.B. Pritzker ordered the park shut as part of the state’s stay at home order.

“What has truly impressed me about Recruit Training Command throughout the last few months is that they’ve never stopped training new sailors,” Rear Adm. Jamie Sands, the commander of Naval Service Training Command, said in an email to USNI News. “They’ve adapted schedules and procedures, created an off-site ROM program and adjusted to social distancing, masks, and the staff living onboard and away from their families for long stretches; through it all they’ve kept executing their mission, and turning civilians into basically trained sailors to man the fleet. Our RDC’s, instructors, staff and recruits have all stepped up to perform under difficult circumstances, which is fundamentally part of what the Navy does when faced with challenges.”