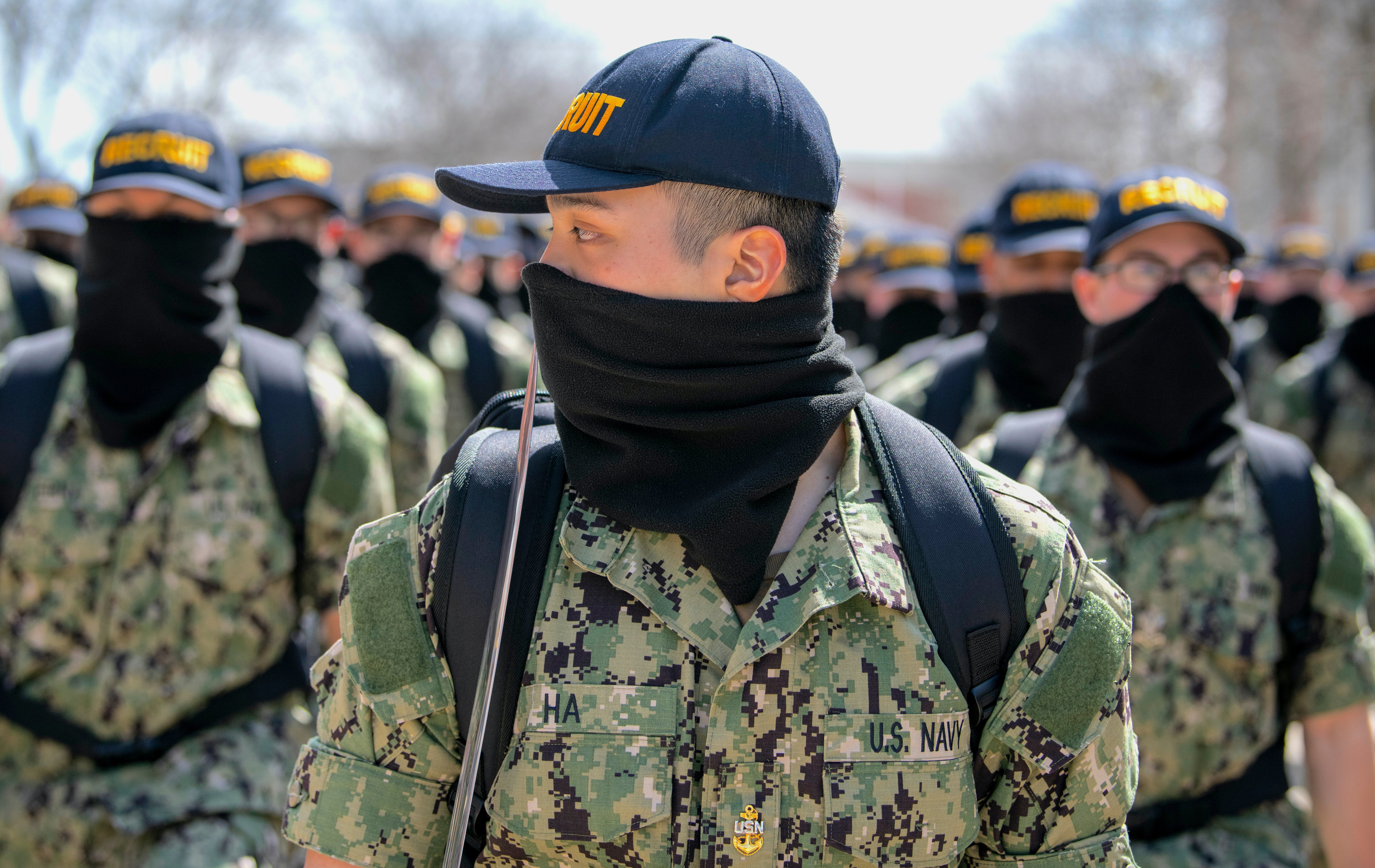 A recruit chief petty officer gives commands to his division as they prepare to march in formation at Recruit Training Command on May 8, 2020. US Navy Photo

The Navy is paying a dry waterpark outside Chicago $1.1 million to quarantine all new enlisted recruits to prevent a COVID-19 outbreak at the service’s sole boot camp.

On April 20, the Navy started housing, feeding and training each incoming class of recruits – roughly 500 aspiring sailors per week – at the Great Wolf Lodge Water Park in Gurnee, Ill., Cmdr. Dave Hecht, a spokesman for the Chief of Naval Personnel, told USNI News. The indoor water park is about seven miles from Naval Station Great Lakes. The initial contract expires on May 20 and will be reviewed to determine whether the Navy needs to make any adjustments.

Great Wolf Lodge, and all other amusement parks in Illinois, were ordered shut on March 9 by Illinois Gov. J.B. Pritzker. The state’s stay at home order was extended on April 30.

The idea behind using an otherwise shuttered waterpark in suburban Chicago to house new Navy recruits is simple: to prevent the spread of COVID-19. While at Great Wolf Lodge, the recruits are under a restriction of movement (ROM) period, Hecht said. To create a safe “bubble” at Great Lakes, the Navy has decided that all instructors will be living aboard the naval station rather than going home at night, and all incoming personnel – recruits and all others – must complete a 14-day ROM first, to ensure they don’t develop any symptoms of COVID-19, before being allowed into the Great Lakes bubble. 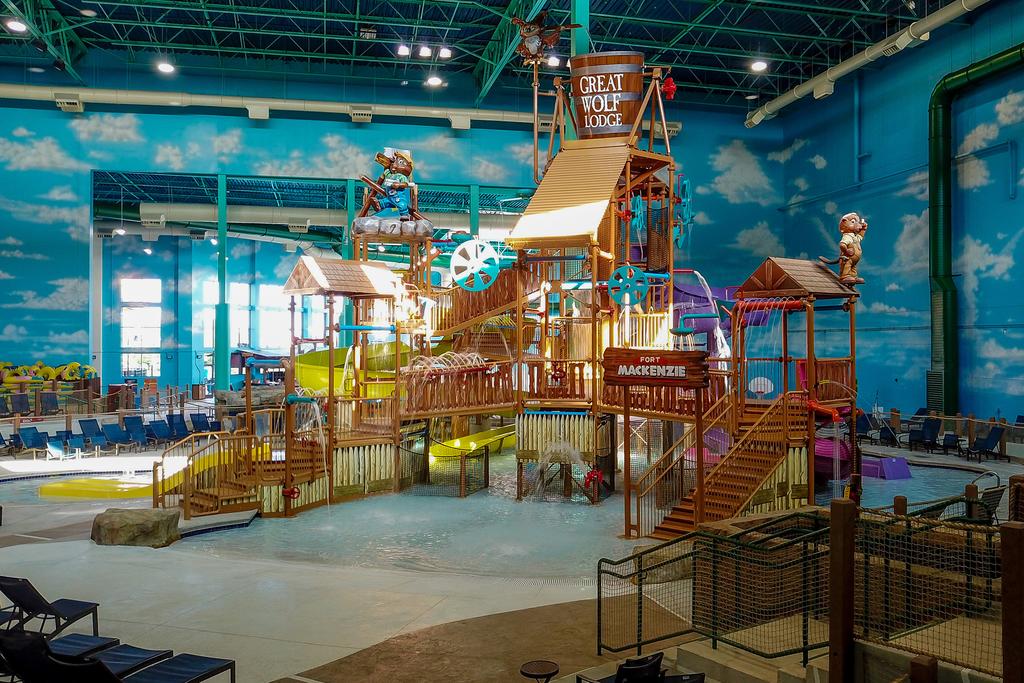 The Navy is paying recruits to become sailors. They are not there to enjoy a two-week vacation at the popular water park with an indoor wave pool, multi-level splash-loaded treehouse and multiple waterslides dropping four stories, according to the Great Wolf Lodge website. “Resort-type amenities are not available to any of our personnel,” Hecht said.

Recruits do not participate in any group activities. They spend a lot of time in their rooms, which are currently listed with rates of between $324 and $524 per night. Meals are delivered to recruit rooms three times per day for breakfast, lunch, and dinner. Two of the meals are hot.

“This allows us to limit potential exposure between recruits while they prepare to begin training,” Hecht said.

As to whether the lengths the Navy is taking to prevent a second outbreak of COVID-19 at the Recruit Training Center are working, Hecht said, “it is DoD policy to not release information on COVID positive cases at the command, base or regional level.”

The Navy’s recruit training pipeline was halted on March 30 when a recruit tested positive for COVID-19 at the Recruit Training Center (RTC). Training continued for recruits already at Great Lakes, but the service briefly stopped sending new training classes to boot camp. Each year roughly 35,000 recruits pass through Great Lakes.

Now, the recruits at Great Wolf Lodge are screened daily for COVID-19 symptoms, Hecht said. Face masks are worn at all times when traveling to and from their ROM location, and they maintain proper social distancing. Any government vehicles used are thoroughly cleaned. 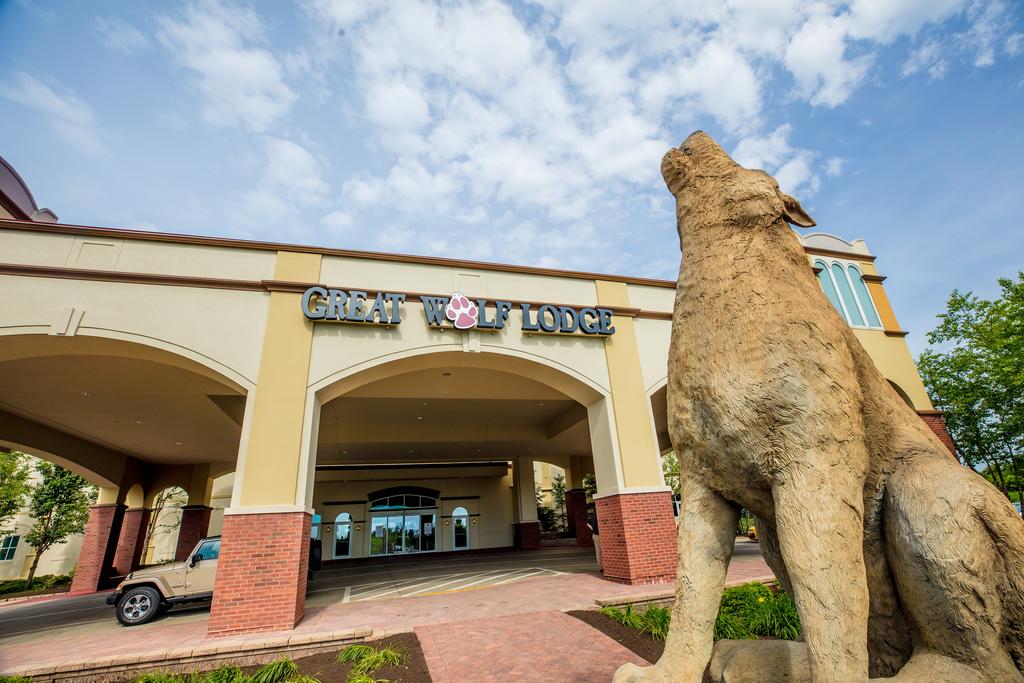 “Any individual who shows symptoms will be evaluated and isolated away from the off-site facility,” Hecht said. “Additionally, in the case of any symptomatic individual, preventative medicine specialists will conduct contact tracing and isolate additional individuals as appropriate. Testing is conducted as part of medical protocols by the Captain James A. Lovell Federal Health Care Center, which provides medical care for RTC.”

However, the Navy is finding ways to keep recruits busy each day. They are supervised at Great Wolf Lodge by Recruit Division Commanders, who are facilitating Navy instructional coursework and training periods throughout the day, Hecht said. Recruits also participate in light physical activity, such as stretching during designated times each day.

“Cell phones are authorized to facilitate communication with friends and family during the restriction of movement (ROM) period,” Hecht said. “One personal handheld gaming device and up to two personal reading books are authorized during the ROM period. Recruits also have access to in-room television during any free time they have throughout the day.”