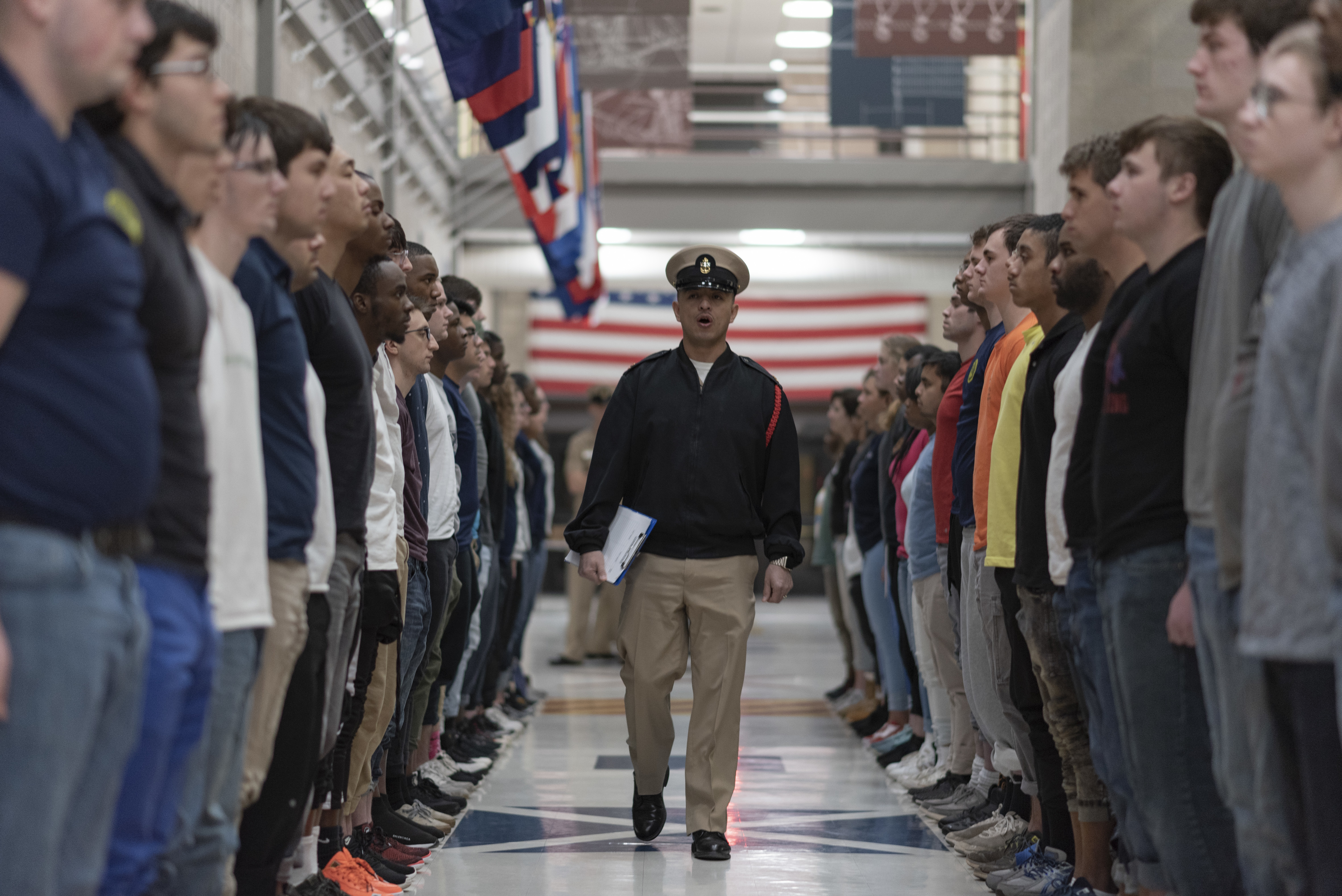 The Navy halted the travel of recruits to Great Lakes, Il., on Monday following the first positive test of COVID-19 at the Recruit Training Command, according to the chief of naval personnel.

The Navy’s boot camp is still carrying on with training activities but is doing so by following social distancing protocols and limiting group sizes for training evolutions, said Cmdr. Dave Hecht, a spokesperson for the chief of naval personnel, told USNI News in an email.

“Given the positive case this past weekend and as we conduct thorough contact tracing and further testing, out of an abundance of caution we have rescheduled the shipping of new recruits planned for this week in order to further assess the situation and enhance our mitigation measures,” Hecht said.

A recruit tested positive for COVID-19 the Navy announced Saturday. Last week, the command instituted a 14-day isolation period for newly arrived recruits. However, the affected recruit arrived at Great Lakes about a week before the policy was implemented last week. Each year, more than 35,000 recruits train at Great Lakes, according to the command.

“We also brought the majority RTC’s active duty staff/instructors on base where they’ll remain in place for at least 30-days in order to decrease the chance of spreading the virus,” Hecht said. “We are trying to provide a ‘protected bubble’ as much as possible around our recruits and staff as possible.”

The Marine Corps also announced on Monday a halt in shipping recruits to the Marine Corps Recruiting Depot Parris Island in South Carolina following a handful of positive COVID-19 cases at the installation.

Three weeks ago, concerns about the spread of COVID-19 spurred the Navy to bar family members from attending recruit and officer candidate school graduations, according to a message first posted on the command’s Facebook page.

On Monday, the Navy reported 172 sailors, 28 Navy civillians, 28 dependted and 17 constracotrs had tested postive for COVID-19.

Meanwhile, the Navy’s two hospital ships arrived in two of the nation’s COVID-19 hotspots – USNS Mercy (T-AH-19) is in Los Angeles and USNS Comfort (T-AH-20) is in New York. In both locations, the Navy hospital ships are being used as referral hospitals to treat non-COVID-19 cases to free-up civilian hospital beds and medical personnel to focus on treating COVID-19 cases.