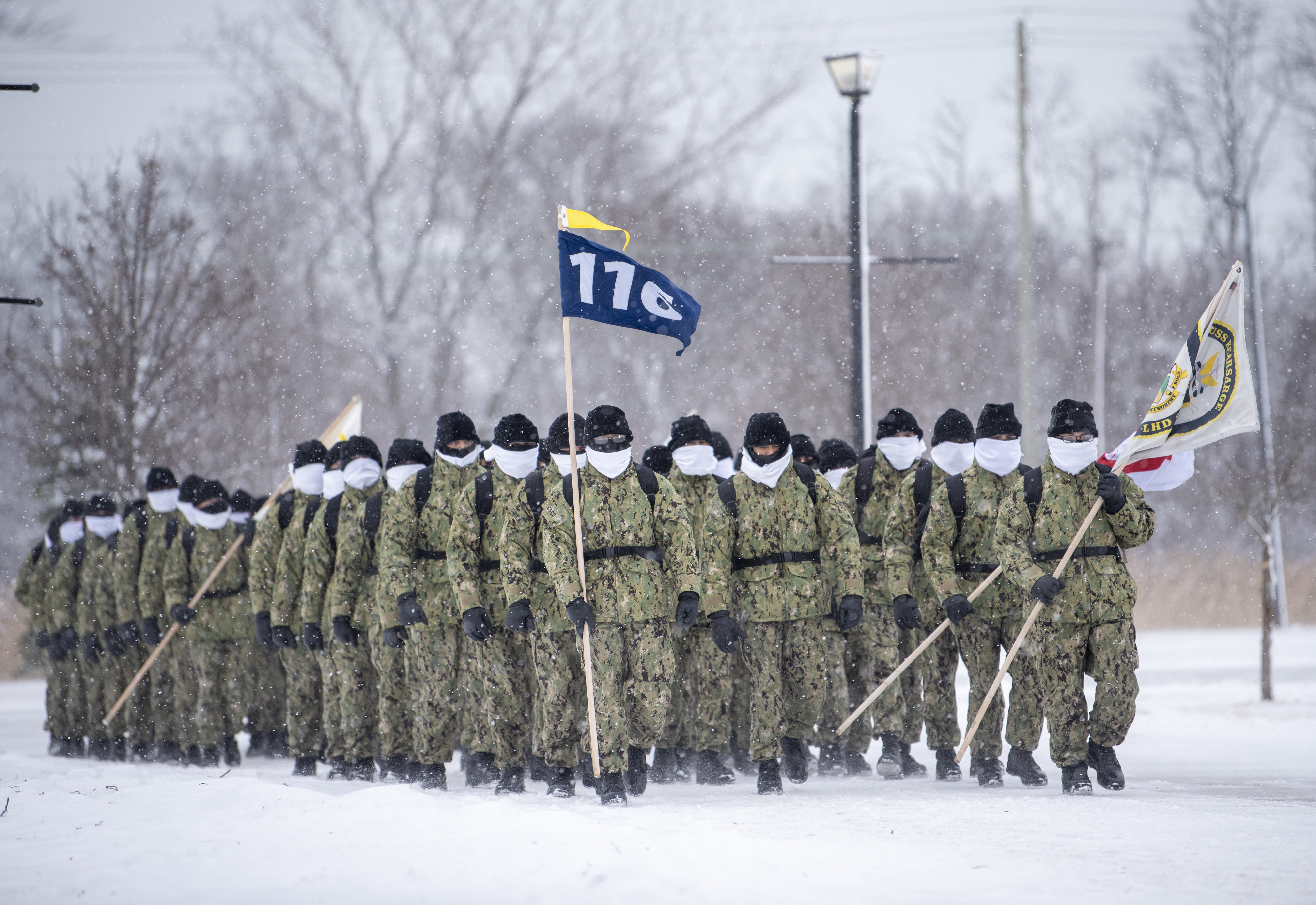 Recruits march in formation due to inclement weather at Recruit Training Command on Feb. 13, 2020. US Navy Photo

Currently, the command does not report any known cases of COVID 19, Martin said. 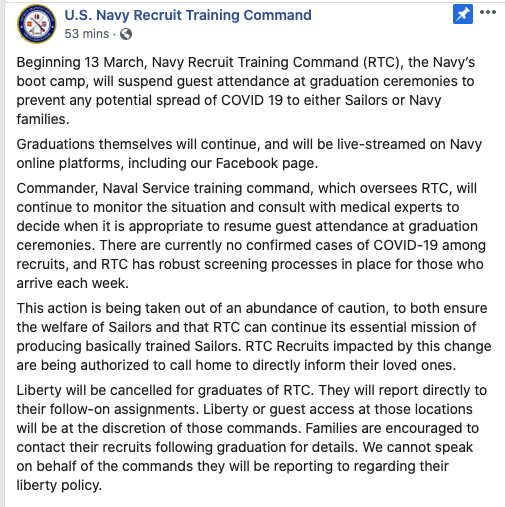 However, over the weekend, a sailor in Naples, Italy and a Marine in Virginia both tested positive for the COVID-19. These were the first instances of the virus being discovered on Navy and Marine Corps facilities, according to a Saturday statement from U.S. European Command and the Marines.

In the U.S., 164 cases COVID 19 and 11 deaths had been reported as of Saturday by the U.S. Centers for Disease Control and Prevention.

“This week, approximately 700 recruits are scheduled to graduate from RTC,” Martin told USNI News in an email. “RTC graduations occur weekly, usually on Fridays, but the number of recruits graduating fluctuates from week to week.”

The policy barring family members from attending graduations also extends to officer candidate school graduates. Next week the Officer Training Command is due to graduate about 80 officers, Martin said.

“Recruits and OTC students impacted by this change are being authorized to call home to directly inform their loved ones,” Marin said.