Both chambers of Congress are expected to vote on the FY 2020 NDAA later this week. The compromise closed some of the gap separating the House and Senate version of the bill passed earlier this year. The House version authorized $733 billion. The Senate based its version on a $750-billion authorization.

The FY 2020 NDAA inserts congressional cost controls over the construction of the next two Ford-class carriers, the future Enterprise (CVN-80) and the unnamed CVN-81, which will be bought together in a two-carrier contract signed late last year. Congress wants “to ensure cost visibility associated with the anticipated $4 billion two-carrier cost savings” the Navy says the combined purchase will generate.

The Navy is required to make upgrades to John F. Kennedy (CVN-79), which was christened on Saturday. Congress wants the Navy to ensure Kennedy and all follow-on Ford-class carriers are “capable of operating and deploying with the F–35C aircraft” before completing their post-shakedown availability.

Kennedy was built without some of the necessary upgrades needed to deploy with F-35C Lightning II Joint Strike Fighter. The Navy’s plan was to upgrade Kennedy, Ford and Nimitz-class carriers on a rolling basis.

The FY 2020 compromise bill reaffirms the requirement for the Navy to maintain a minimum of 11 aircraft carriers operating and authorizes the midlife refueling of Nimitz-class carrier USS Harry S. Truman (CVN-75). In April, after a harsh pushback from Congress, Vice President Mike Pence announced the administration was scrapping its plan to mothball Truman.

The Navy is authorized to build three Arleigh Burke-class guided-missile destroyers and one new frigate. As the Navy evaluates proposals to build the FFG(X) frigate, price is to be a critical factor when selecting a design, according to the FY 2020 NDAA.

The Navy’s long-term shipbuilding plan calls for buying eight America-class amphibious warships, though the service and the Marine Corps are contemplating creating an alternate ship to augment the amphibious warship fleet.

Before the Navy moves forward with creating a new class of large surface combatants, the designers need first to incorporate design changes identified during the combat system ship qualification trials and operational test periods of the first Flight III Arleigh Burke-class guided-missile destroyer, according to language in the bill. 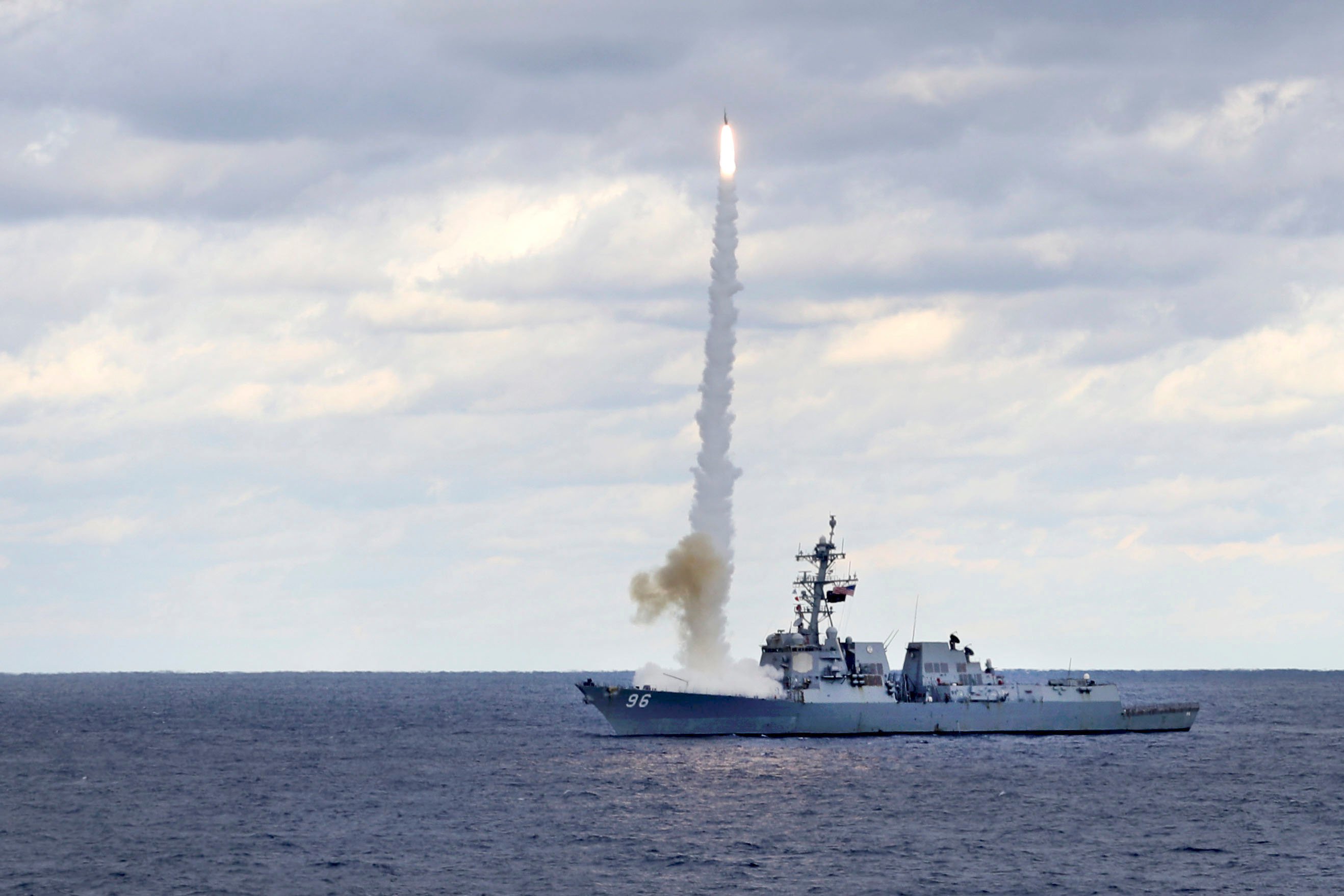 The Navy is was instructed, “to ensure that technologies developed for the conventional prompt strike program are transferrable to surface-ship platforms.” The conventional strike mission is setting out to give ships and submarines a long-range capability to hit land targets with little, to no warning at ranges beyond the Navy’s current roster of 1,000 nautical mile-ranged Tomahawk Land Attack Missiles.

The FY 2020 NDAA preserves the Navy’s plan to purchase 10 Virginia-class attack submarines. Nine of the submarines in a multiyear contract that covers FY 2019 through 2023 will include the Virginia Payload Module.

The NDAA also authorizes an additional $1.5 billion for submarine construction and supports fully funding the development of the Columbia-class ballistic missile submarine.

The Navy is required to produce an analysis justifying its goal of operating with a 50/50 mix of fourth- and fifth-generation aircraft by 2030. 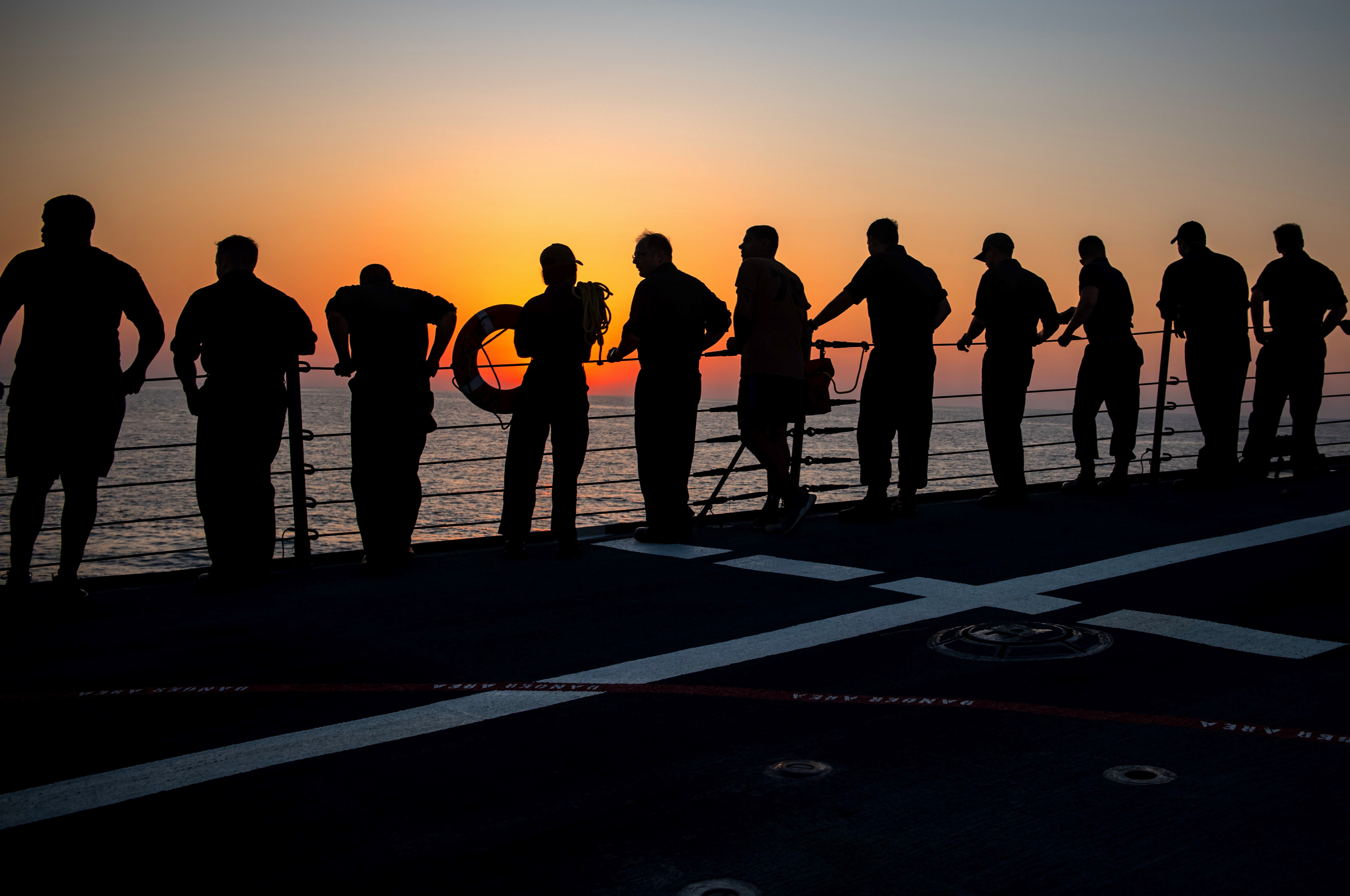 Sailors assigned to the Arleigh Burke-class guided-missile destroyer USS Porter (DDG-78) respond to a man-overboard drill during a steel beach picnic in the Mediterranean Sea on Aug. 25, 2019. US Navy Photo

The Navy is authorized to field a force of 340,500 active-duty personnel. The FY 2020 NDAA also includes a requirement for the Pentagon to complete a comprehensive assessment of child care capacity on military installations. In May, USNI News reported 9,000 kids were on the waitlist to attend child care facilities on Navy bases.

The Marine Corps is required to gender integrate basic training at Parris Island within five years and at San Diego within eight years.

The FY 2020 NDAA also includes base housing reforms and reforms to the way the military moves personnel during a permanent change of station.

The FY 2020 NDAA prohibits the Pentagon from reducing the number of certain military medical billets until the military can make a stronger case supporting the reductions. The Navy’s FY 2020 budget request called for cutting about 3,100 medical personnel, as part of a larger Department of Defense plan to reduce the number of medical personnel.