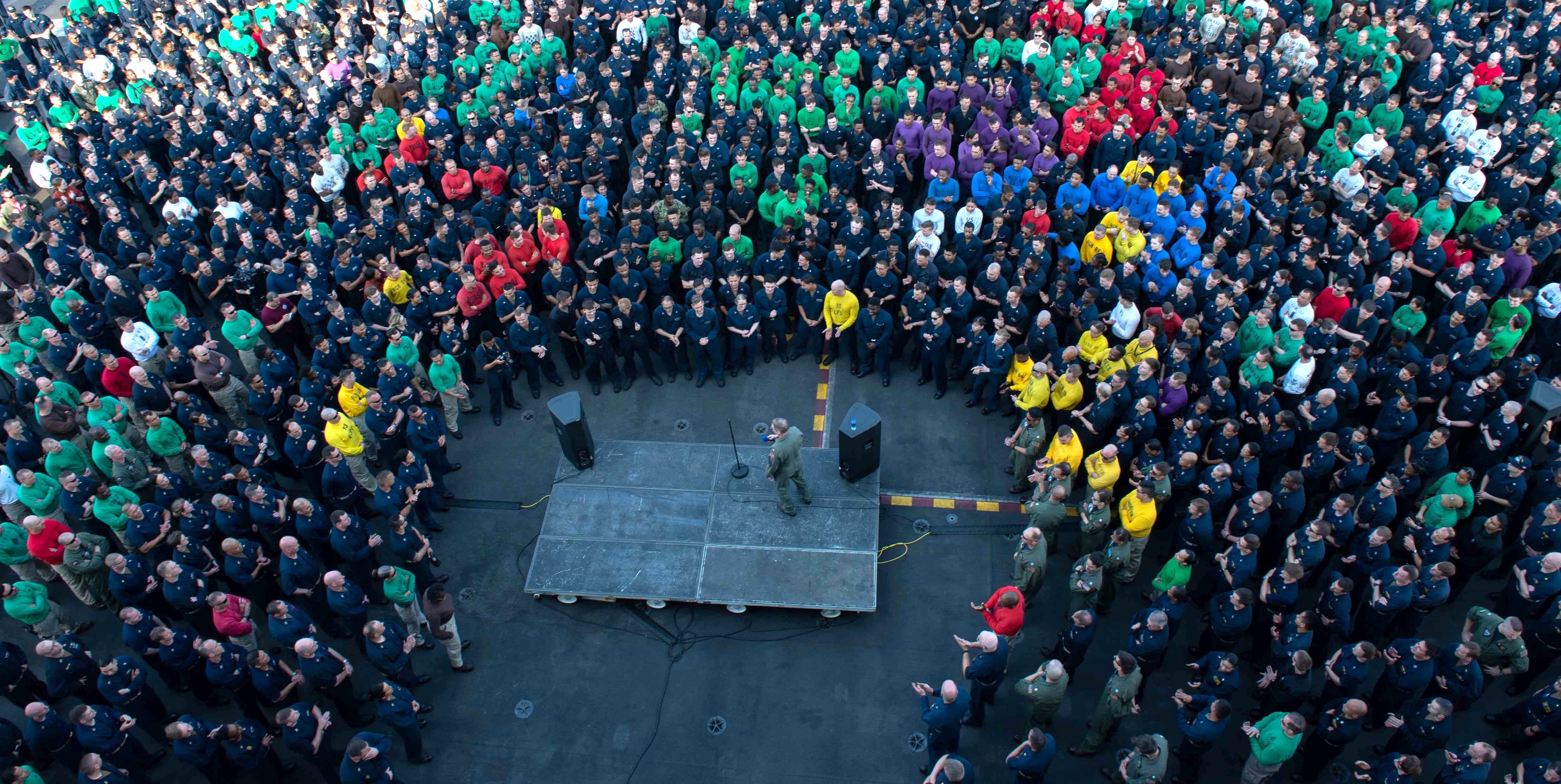 THE PENTAGON — The Navy plans to shed about 3,100 medical personnel in Fiscal Year 2020 while adding 5,000 active duty sailors to staff aviation units and a crop of new ships, according to Tuesday’s Department of the Navy budget request.

Cutting the number of expeditionary medical facility units is in line with the National Defense Strategy and the Navy’s own operational plan to focus on frontline personnel, Rear Adm. Randy Crites, deputy assistant secretary of the Navy for budget.

Up to 5,300 medical personnel positions will be cut during over the course of the five-year Future Years Defense Program, Crites said.

“We need to essentially cut the excess,” Crites said. “It will be managed very carefully through normal attrition.”

For months, the Navy’s medical community leaders at the Bureau of Medicine and Surgery (BUMED) have worried about a DoD plan to reduce the number of military medical personnel across all service branches, according to command guidance previously viewed by USNI News.

Until Tuesday, the Navy had not released the number of medical personnel positions due to be cut if the number of expeditionary medical facility units is reduced. The Navy has about 63,000 personnel providing health care around the globe to active duty sailors and Marines, their families and veterans, according to the Navy.

However, the Navy is intent on growing. If approved by Congress, the Navy would finish FY 2020 with an authorized force of 340,500 active duty enlisted and officer personnel. The service has 332,904 sailors as of today. By FY 2024, the Navy wants to grow its force by nearly 14,000 active duty members, an aggressive goal given what Navy leadership has routinely described as a harsh recruiting environment, where the service is competing for talent against other branches of the military and strong civilian job market.

The service is now short about 6,200 sailors to meet its current at-sea requirements, and that shortfall in personnel could grow as more ships come online. While the Navy’s budgeted end strength is rising, and the Navy has met its recruiting goals, long-term the Navy is not keeping pace with the staffing levels to field a 355-ship fleet.

The Navy’s portion of the Defense Department FY 2020 budget proposes building 12 new hulls, including three guided-missile destroyers, three attack submarines and the first of a new class of guided-missile frigates as part of the $22.3 billion new construction ask.

The Marine Corps’ FY 2020 request is for a force of 186,400 Marines, about the same as today’s level. Overall, President Donald Trump’s FY 2020 DoD budget requests a military of 2.14 million active and reserve military personnel, up from today’s 2.1 million.

The Navy is using a variety of strategies, including increasing bonuses and revamping training for enlisted personnel and officers, to retain experienced staff.

“Military compensation must be competitive to recruit and retain the most qualified men and women to serve in an all-volunteer force,” states the FY 2020 budget summary.

The Navy portion of the budget requests $366 million for housing improvements at bases around the world. Overall, the Navy says it needs about $3 billion to pay for 40 construction projects it considers critical, mostly to improve shipyards and airfields.

A complication for Navy recruiting efforts is tucked inside the White House’s FY 2020 budget request which proposes canceling a popular recruiting tool, the Public Service Loan Forgiveness program, run by the U.S. Department of Education. After working continuously for ten years in public service jobs, such as active-duty military service, and making regular monthly federal loan payments, borrowers could apply to the U.S. Department of Education to have any remaining federal school loan balances forgiven.

While not a military-specific program, military recruiters have used this program as part of their pitch to talented recruits with large amounts of student loan debt, USNI News previously reported. Ending the program is estimated to save the Department of Education about $1.5 billion in FY 2020, and the savings are expected to increase each year as more federal student loans were to be forgiven.

In the Navy and Marine Corps, close to 2,500 individuals are counting on having the balances of their school loans paid off after a decade of active duty service, according to the Department of Education. They could be saddled with tens of thousands of dollars in school debt they hadn’t counted on having back at commissioning.

An estimated 6,800 active duty military personnel were enrolled in the program – about 22 percent of all military officers commissioned since 2007 who paid for their degrees with federal loans, personal loans, private funds, or scholarships, according to statistics from both the Department of Education and Department of Defense.