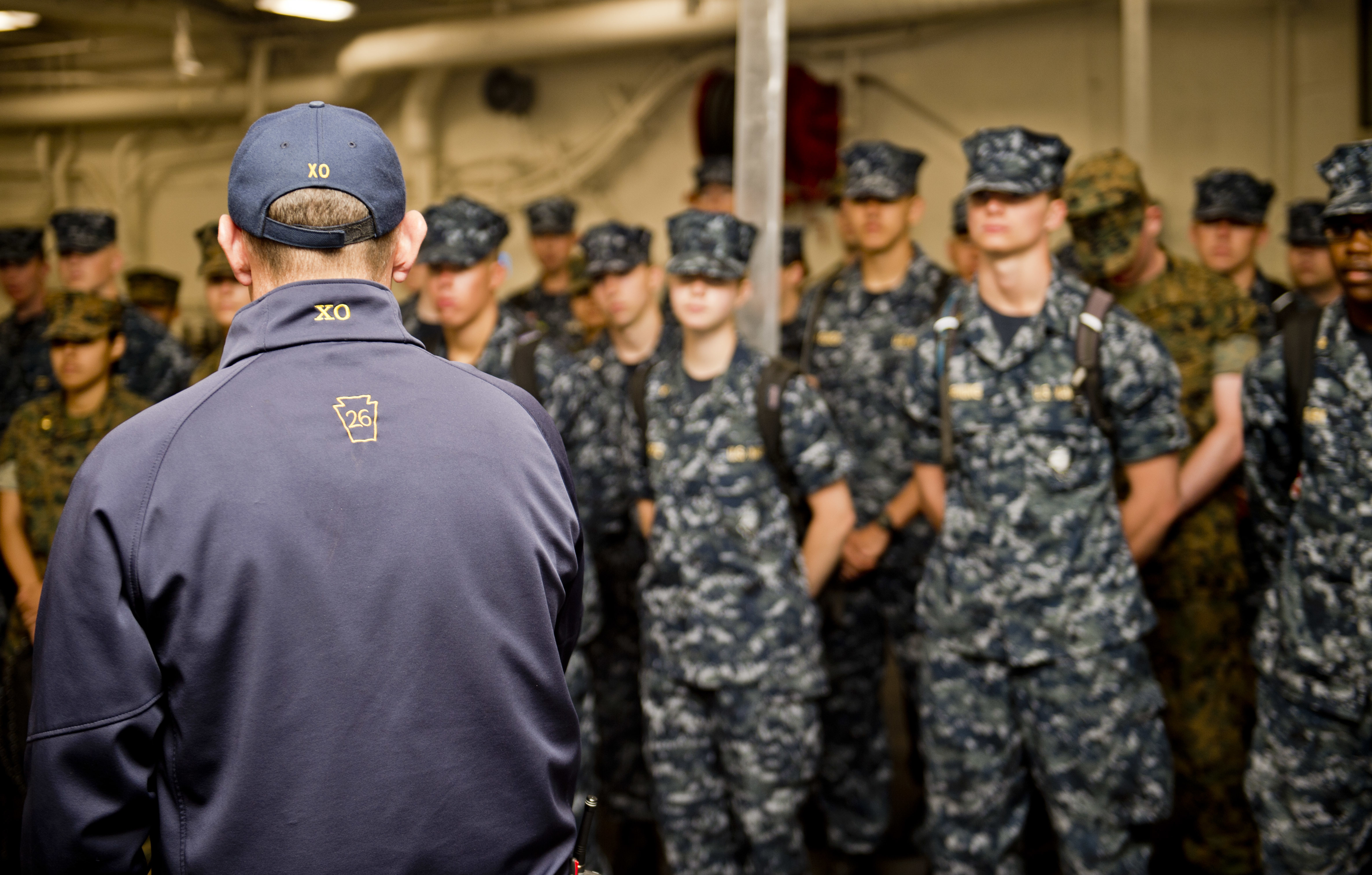 A federal program encouraging public service by paying-off federal school loan balances is poised to be canceled, potentially leaving thousands of active-duty officers with mountains of debt they expected to be forgiven.

Called the Public Service Loan Forgiveness program, former President George W. Bush rolled out the plan in 2007 to encourage people earning expensive college degrees to work for the federal government. After working continuously for ten years in public service jobs, such as active-duty military service, and making regular monthly federal loan payments, borrowers could apply to the U.S. Department of Education to have any remaining federal school loan balances forgiven.

October marked the first-month program participants could apply to have their federal loans forgiven. But just the U.S. Department of Education is processing the first wave of loan forgiveness applicants, the fiscal year 2018 budget puts the entire program on the chopping block.

If canceled, at stake is the implied promise made to thousands of officers who accepted commissions expecting after a decade of active duty service, the unpaid balances of their federal school debt would be erased. Yet doing so could save the federal government $12 billion over the next ten years.

Currently, close to 6,800 active duty military personnel are enrolled in the program – about 22 percent of all military officers commissioned since 2007 who paid for their degrees with federal loans, personal loans, private funds, or scholarships, according to statistics from both the Department of Education and Department of Defense.

In the Navy and Marine Corps, close to 2,500 individuals are counting on having the balances of their school loans paid off after a decade of active duty service, according to the Department of Education. They could be saddled with tens of thousands of dollars in school debt they hadn’t counted on having back at commissioning.

Since 2007, DoD reports 30,091 officers – 23 percent of the 135,550 officers commissioned during the decade – earned degrees without attending a federally-funded military academy, officer candidate school, or through a DoD-funded ROTC program. DoD does not track how people in these situations paid for their school, or when degrees were earned.

Nationally, about 431,853 borrowers – including government and qualified non-profit organization employees – are enrolled in PSLF program, according to the Department of Education. 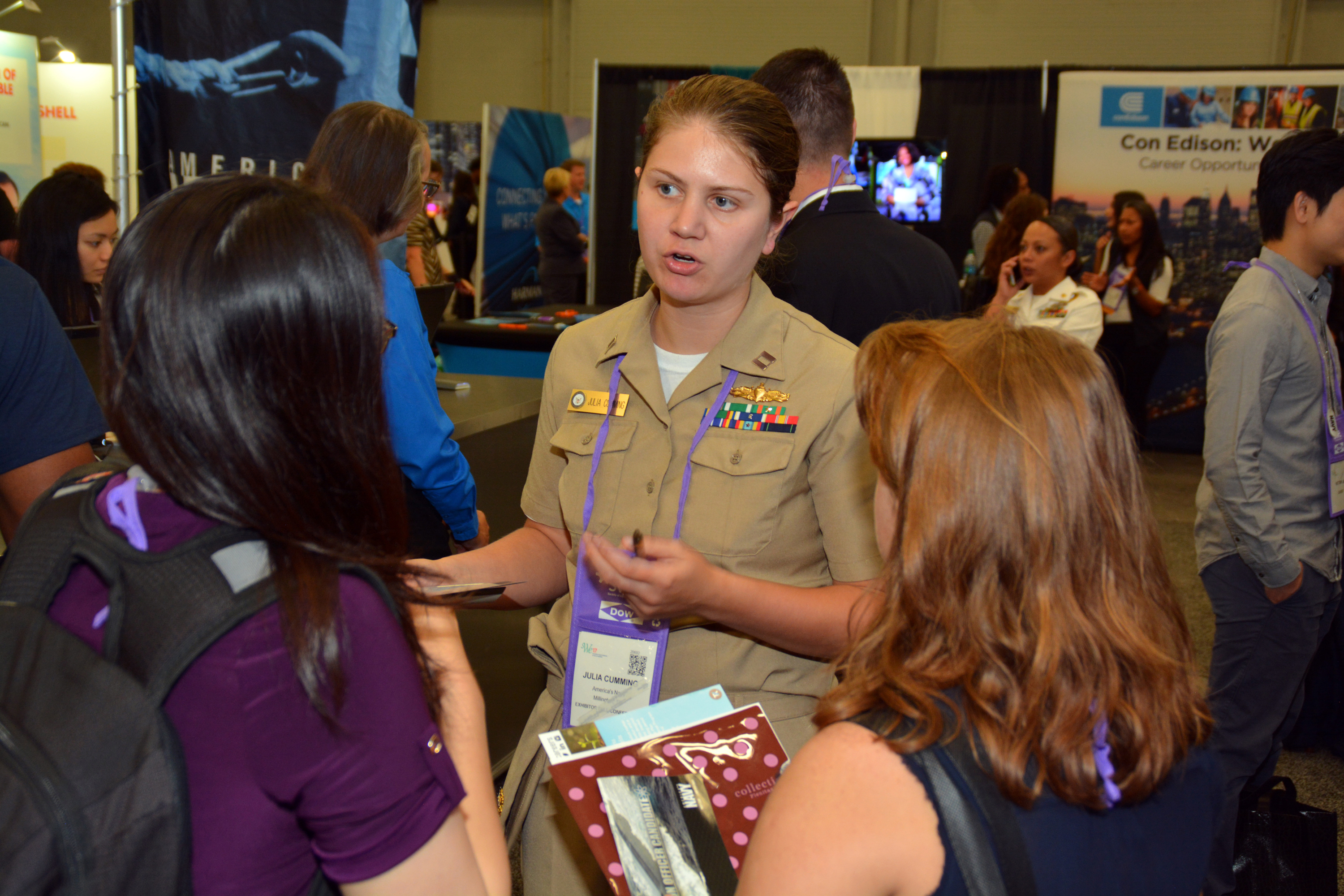 Lt. Julia Cummings of Averill Park, N.Y., a Nuclear Accessions officer assigned to Navy Recruiting Command, speaks with students about career opportunities in the Navy during the 2017 Society of Women Engineers (SWE) Conference held at the Austin Convention Center. US Navy Photo

From the Navy’s perspective, what’s great about the PSLF program is the Department of Education administers it and ultimately is responsible for paying off loan balances.

While a recruiter, Muhammad was particularly focused on recruiting individuals with advanced engineering degrees to be instructors at the Navy’s Nuclear Power School outside Charleston, S.C. Often, these graduates have hundreds of thousands of dollars in student debt.

“As a recruiter, our main focus was getting people with advanced degrees,” said Lt. Cmdr. Rabb Muhammad. “It’s hard to convince those folks to give up everything they’ve been working for to take a low paying military job.”

Once someone is sold on joining the Navy, Muhammad said recruiters often close the deal with the prospect of having the balance of federal school loans paid off after just ten years of making payments.

“They have student loans, but don’t know how to pay them off,” Muhammad said.

Why Cancel the Program? 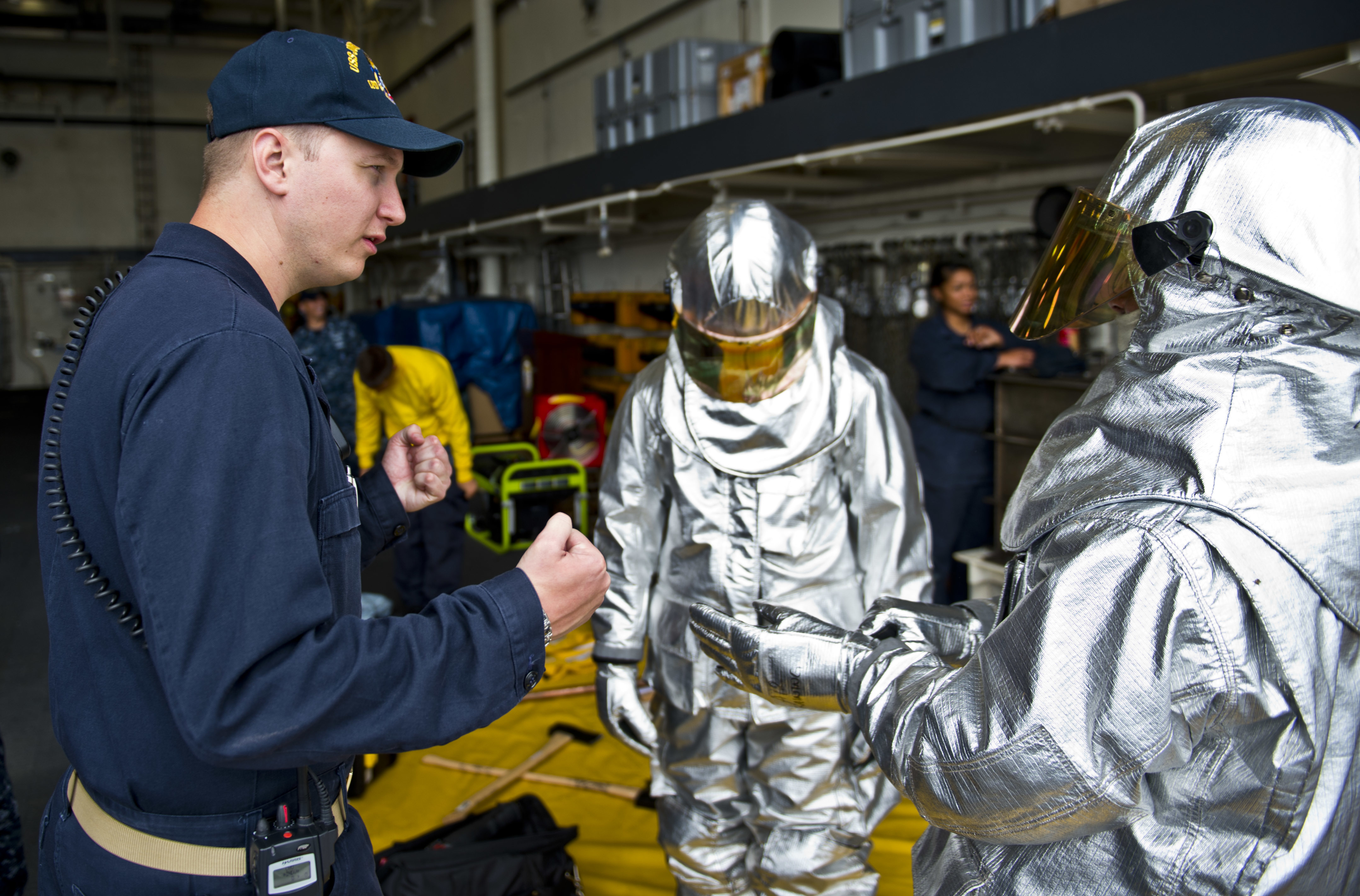 According to the President’s Fiscal Year 2018 budget, released by the Office of Management and Budget, the program which hasn’t actually forgiven any student debt yet, is considered too expensive. The budget states, “to generate savings that help put the Nation on a more sustainable fiscal path, the Budget eliminates the Public Service Loan Forgiveness program.”

The Department of Education would not comment on where the desire to end this program originated. But a recent Brookings Institute report offers some clues as to why the President’s budget proposed ending the program just as it was to start paying off school loans.

Analysis by the Congressional Budget Office states people borrowing for graduate or professional schools are likely the biggest beneficiaries of the PSLF program, because, “they tend to borrow larger amounts than people who borrow for undergraduate studies do.”

The Brookings Institute report, citing Department of Education statistics, states, “The median debt load of those enrolled in PSLF exceeds $60,000, and nearly 30 percent of PSLF enrollees borrowed over $100,000.”

As an example of how fast participation in the program is growing, and how much the expected payouts are, a year ago the CBO evaluated a pair of changes considered by the Obama administration. First, loan forgiveness borrowing would be capped to loans of $57, 500 for new enrollees. Any additional borrowing for school would be shifted to income-driven repayment plans. Doing so, the CBO predicted, would save between $5 billion and $12 billion during the next decade. Extending the repayment periods of these loans could also result in billions of dollars in savings over the next decade.

Instead, the new budget focuses loan repayment assistance solely on income-driven repayment plans, which allow borrowers to set monthly loan payments based on a variety of factors including income and family size.

This is the suggestion made by the Brookings Institute, which states, “reforms that limit the most excessive features of PSLF are warranted, although repealing PSLF altogether and letting the federal Income-Based Repayment program (IBR) accomplish the goal of PSLF is an even better course of action.”

A final determination on the future of the PSLF program has yet to be made, according to a Department of Education spokesperson. Options include canceling the program outright, ending new enrollments, or shifting current participants to another program.