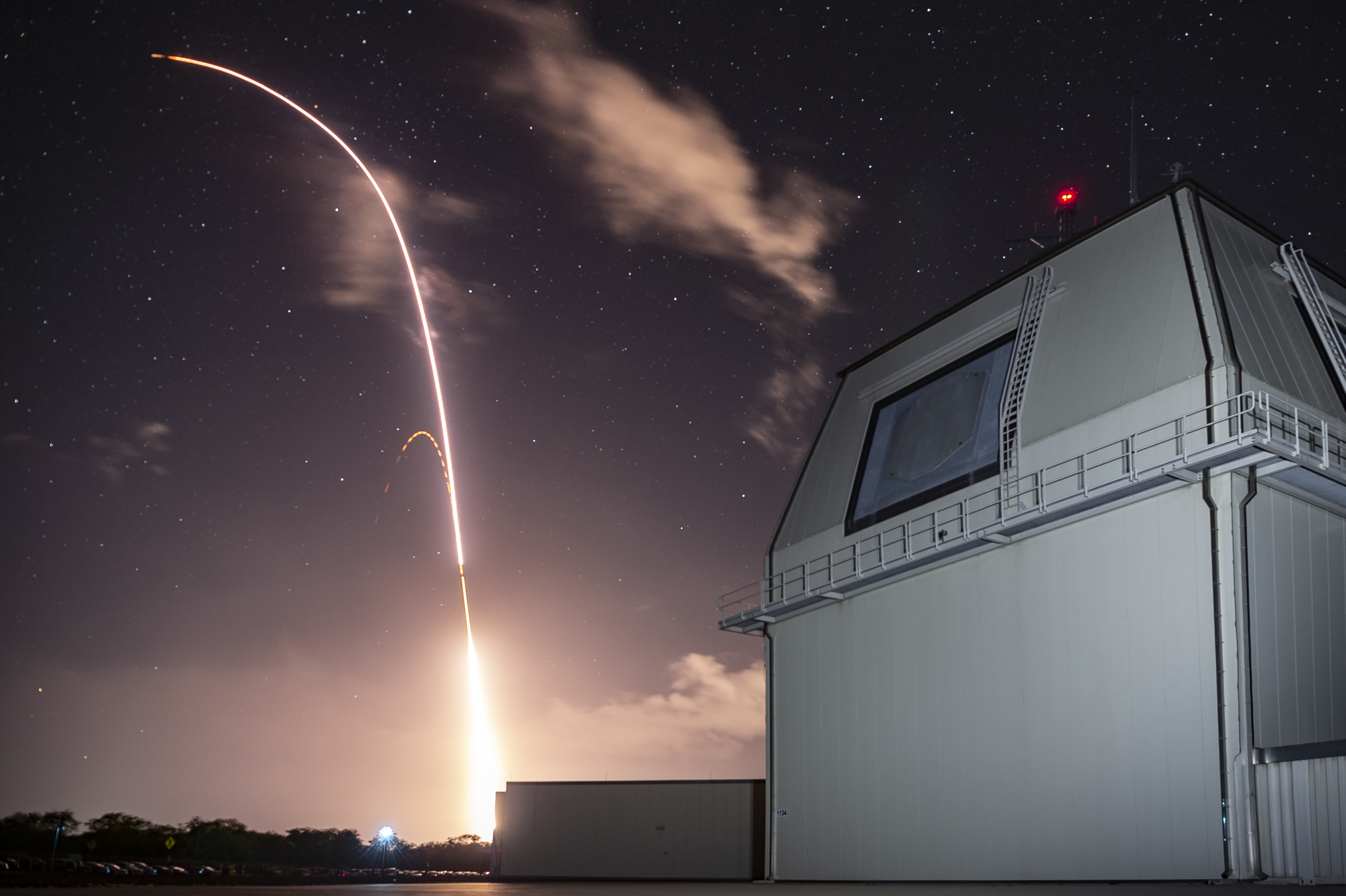 The Missile Defense Agency is working to up its game to meet new challenges posed by the next generation of precision-guided weapons the agency’s director said on Monday.

Vice Adm. Jon Hill, four months into his assignment, said the agency is looking at threats from Russia and China, and assessing the technological advances being made by North Korea in launching either an undersea-based or submarine-launched missile capable of striking Japan.

Later in answer to questions, Hill added the cyber threat as a new challenge. “They go together” with the challenges posed by cruise missiles and hypersonics, he said speaking at the Center for Strategic and International Studies

As to focusing on directed energy, he said it was important that different agencies and services “work together” in this area not only to meet immediate warfighting needs but also to develop sensors for detection and provide another layer of defense.

“Everyone needs it,” he said.

Part of the effort going forward will be to coordinate across different agencies. “You want to leverage as much data as possible,” he said, referring to sensors on the ground, at sea and in space to deter great power adversaries and regional powers. “It really is a multi-domain environment” for offense and defense.

If these elements successfully integrate, they “change the calculus for the adversary” in deciding whether to attack or not.

Hill said the new threats — from hypersonic weapons, cruise and ballistic missiles “are all different.” To address that, “your sensor architecture matters” and “you have to make investments” to achieve that goal.

On the increasing use of space-based sensors, he added, “there’s a lot of water out there that we just can’t cover” from the ground or even ships, and space closes that gap. The biggest challenge faced with using space-based sensors is “the passing of data” among the various types of sensors put into orbit to meet different requirements. They were not designed to work together seamlessly. Also, there is space “clutter,” picking up a host of other objects that need to be filtered out for an accurate picture.

“We just need to get it up there quickly,” Hill said, referring to a space-based sensor layer to detect and assess the threats.

During the session, Hill was asked about Aegis, Aegis Ashore in Europe, the Pacific and in the homeland. In all cases, “it significantly extends the battlespace” for a combatant commander and remains, important well into the future.

He described the Aegis Ashore site in Poland “as a small naval base;” and like its counterpart in Romania, “that it’s there for a reason,” to counter the missile threat from Iran.

As to the four Aegis destroyers operating from Rota, Spain, “they’re often forgotten” in discussions of missile defense in Europe, but their maneuverability “provides more tools for the combatant commander.” In the future, these ships will take on longer-range ballistic missile threats, Hill said.

While an Aegis Ashore site was upgraded, the Army and Navy worked together seamlessly to deploy a Theater High Altitude Area Defense [THAAD] battery to cover, he said. It showed the nation’s ability to deliver “dynamic, unpredictable force deployment, quickly” on-site to any would-be adversary.

Japan “is working through their plans for two Aegis Ashore” sites. “Their soldiers will operate it,” not the Maritime Self-Defense Force; and they are in training now with the Navy.

On interoperability with allies and partners on missile defense, Hill said, “there were workarounds” that can be used to cover the split between Korea and Japan in a trade dispute that disrupts their direct sharing of intelligence on ballistic missiles. But the situation of going through the United States for that data was “not optimal.”

On the positive side, Hill pointed to the biannual Formidable Shield exercises off Scotland’s Hebrides Islands. Eight NATO nations “are playing in that unique testbed” and working together to achieve a common goal.