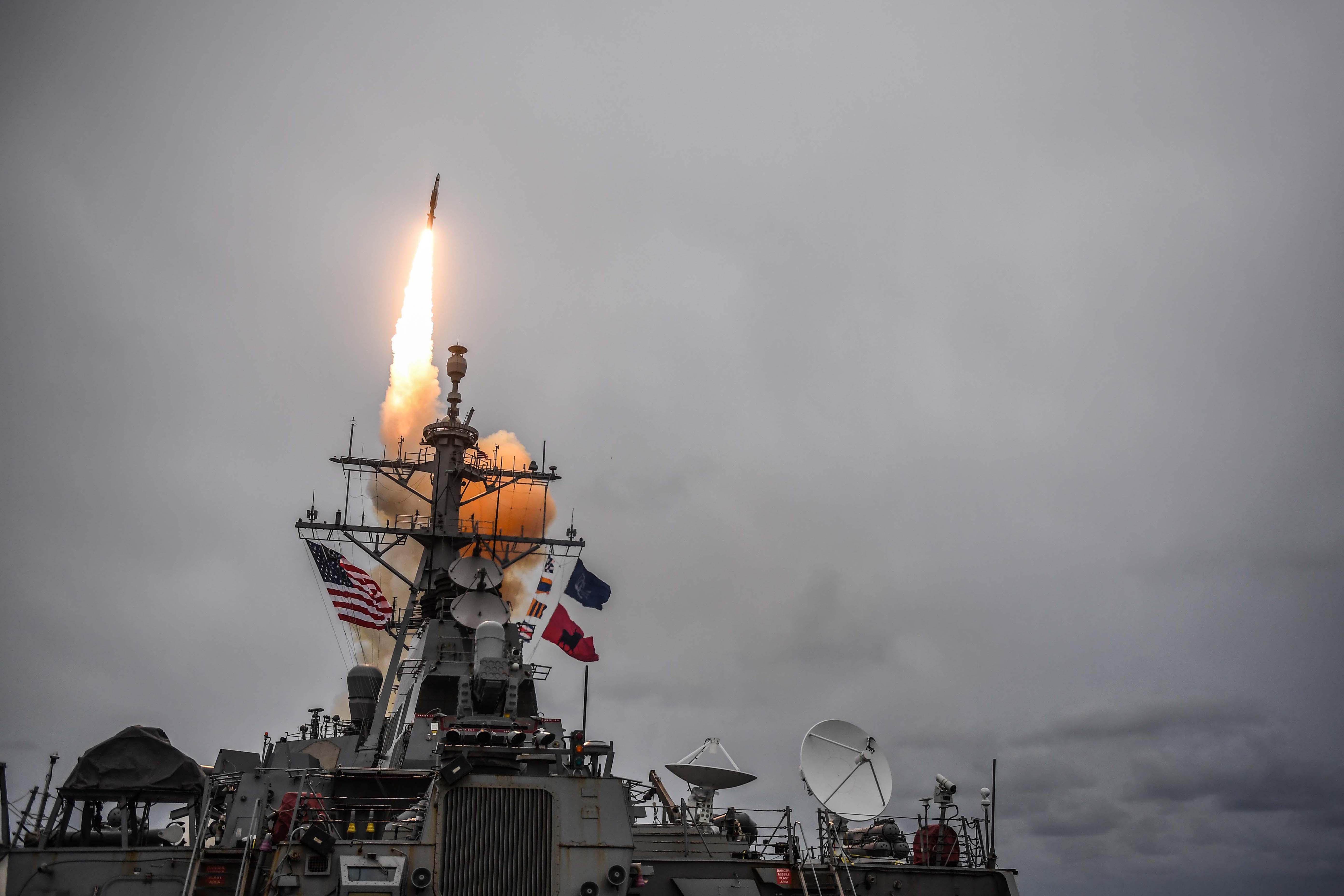 The United States and NATO partners are wrapping up a three-and-a-half week ballistic missile defense exercise, which included a massive collective self-defense scenario on Sunday.

Ships from Canada, France, Germany, Italy, the Netherlands, Spain, the United Kingdom and the United States participated in the Oct. 15 event, during which the ships defended against a ballistic missile and three cruise missiles.

This live-fire integrated air and missile defense (IAMD) scenario, and the exercise overall, was meant to improve allied interoperability using NATO command-and-control reporting structures and datalink architecture, according to the news release.

“The exercise scenarios are designed to test our limits and give us a unique opportunity to truly practice how we would fight together as an alliance,” Capt. Shanti Sethi, commander of Task Group IAMD for Formidable Shield, and Commander of U.S. 6th Fleet’s Task Force 64, said in the news release.
“We are coordinating and sharing information in real time the way we would in a real IAMD operation.”

“Formidable Shield is, as the name already implies, a formidable setup for both testing architectural constructs to TDL (tactical data link) and for the conduct of operational decision-making of the complex environment of Integrated Air and Missile Defense,” Cmdr. Peter Jansberg, the Danish Navy officer serving as Senior Operations Officer for Sethi’s Task Group IAMD.
“As such, Formidable Shield demonstrates the necessity of constantly maintaining and sustaining a Joint Operational Air picture, so all nations have the ability to act and operate from the same hymn sheet. This making the decision line as short as possible, and the room for error minimal.”

This exercise is the inaugural Formidable Shield event, and the exercise is intended to be held every other year going forward. The event, which began Sept. 24 and is scheduled to conclude Oct. 18, is taking place at the Hebrides Range on the Western Isles of Scotland, concurrently with the semi-annual Joint Warrior exercise. Joint Warrior has often been held in conjunction with other events – last fall’s Joint Warrior 16-2 event included the Unmanned Warrior technology demonstration, and the Fall 2015 event included the Maritime Theater Missile Defense (MTMD) Forum’s Integrated Air and Missile Defense (IAMD) At-Sea Demonstration. 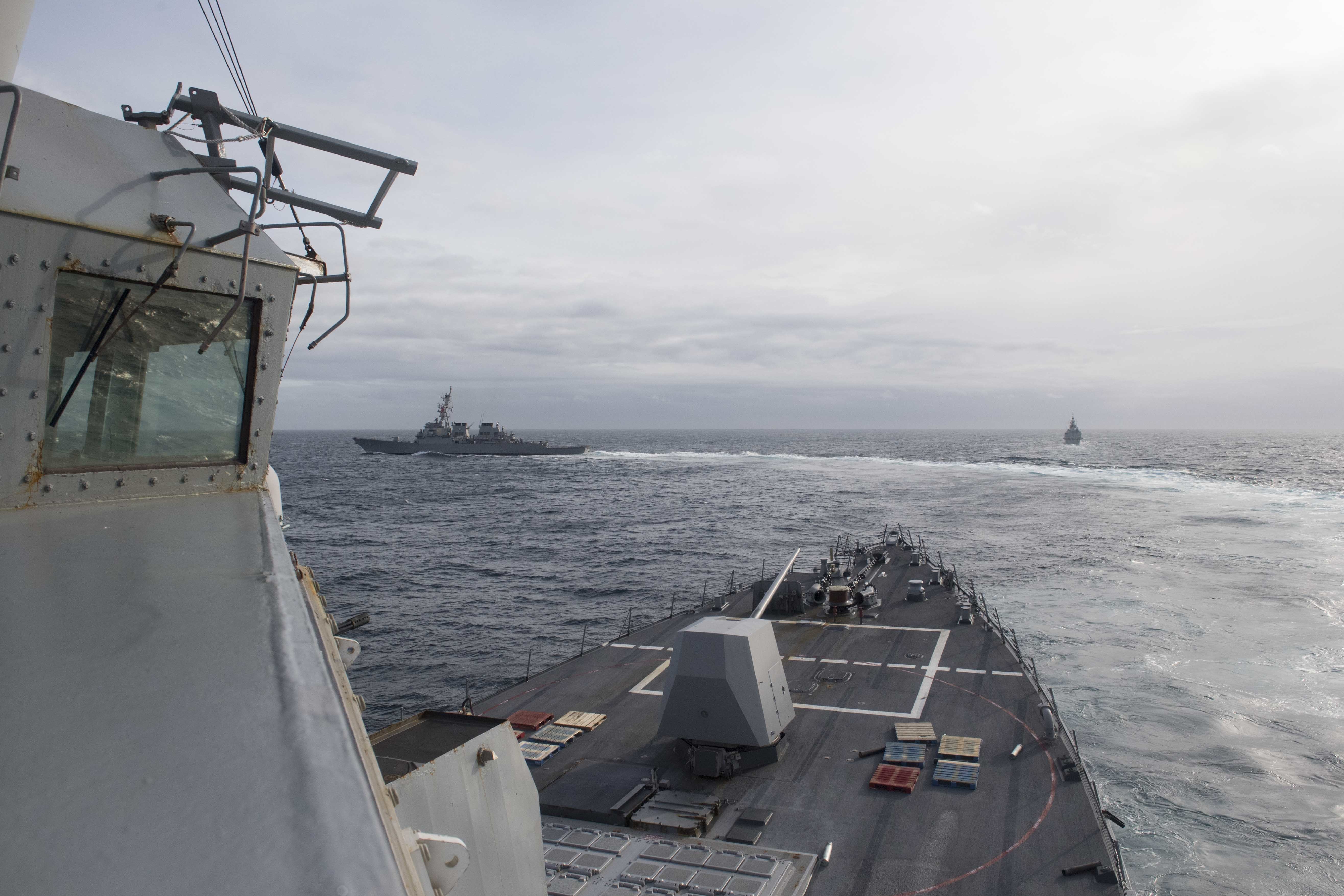 In addition to the concurrent international exercises, the Navy and Missile Defense Agency took the opportunity to use the missile defense test range to conduct a Standard Missile-6 (SM-6) flight test from destroyer USS McFaul (DDG-74). USNI News understands that this test, named Standard Missile Controlled Test Vehicle (SM CTV)-03, was meant to prove that McFaul’s particular variant of the Aegis Combat System was interoperable with and could successfully launch an SM-6 missile. SM-6 has been modified to now serve as an anti-air warfare and anti-surface warfare tool, as well as counter ballistic missiles in the terminal phase. This particular SM-6 test was not designed to counter any particular threat but rather to test the actual launch capability from McFaul.