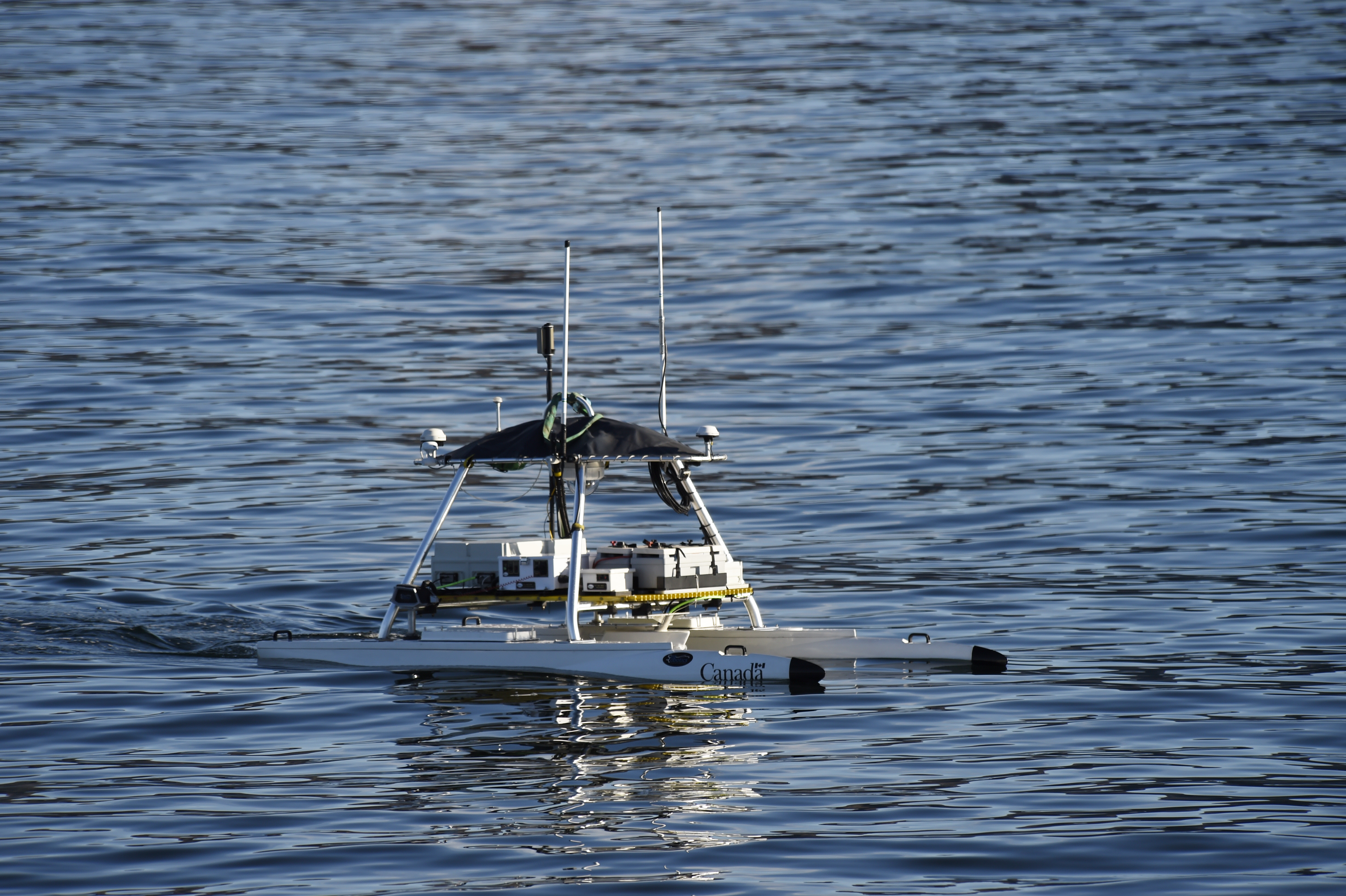 The Unmanned Survey Vehicle (USV-2600) from Defence Research and Development Canada takes part in the first-ever Unmanned Warrior (UW), a research and training exercise designed to test and demonstrate the latest in autonomous naval technologies while simultaneously strengthening international interoperability. Unmanned Warrior is part of Joint Warrior, a semiannual Kingdom-led training exercise designed to provide NATO and allied forces with a unique multi-warfare environment in which to prepare for global operations. US Navy photo.

Dozens of unmanned systems have been operating off the northwest coast of Scotland as part of the first-ever Unmanned Warrior exercise, held in conjunction with the 18-nation Joint Warrior 2016 exercise.

The United States brought 10 promising technologies to the exercise, taking them out of the lab and putting them into the hands of warfighters to understand their utility in real-world scenarios as well as how they would need to be matured to be most useful and employable.

The Office of Naval Research led a team of science and technology experts to Scotland for the exercise, with ONR’s Capt. Beth Creighton leading the overall Unmanned Warrior 2016 command element alongside the Joint Warrior exercise’s command element.

“Each participating organization has project goals, but they all contribute to five mission themes that are delivering products and analysis to the Joint Warrior commanders,” Creighton told USNI News by email on Oct. 11, early in the exercise.
“The collaboration between the manned and unmanned systems is a critical component of Unmanned Warrior’s ability to demonstrate the operational utility of unmanned systems in a large scale operational environment.”

“The ten U.S. projects were selected based on their alignment with the UW16 themes, their technical maturity, and the projects’ ability to leverage the unique characteristics of the exercise,” she said.
“UW16 will provide learning opportunities for our naval scientists and engineers in five mission areas (geospatial intelligence, mine countermeasures, anti-submarine warfare, surveillance, and command & control) and also enable operational forces to develop CONOPS (concepts of operations) for the employment of unmanned systems in real-world naval scenarios. The ONR-led team not only contributed technologies to the exercise, but some of the best minds in autonomy to advance the capabilities of unmanned systems.” 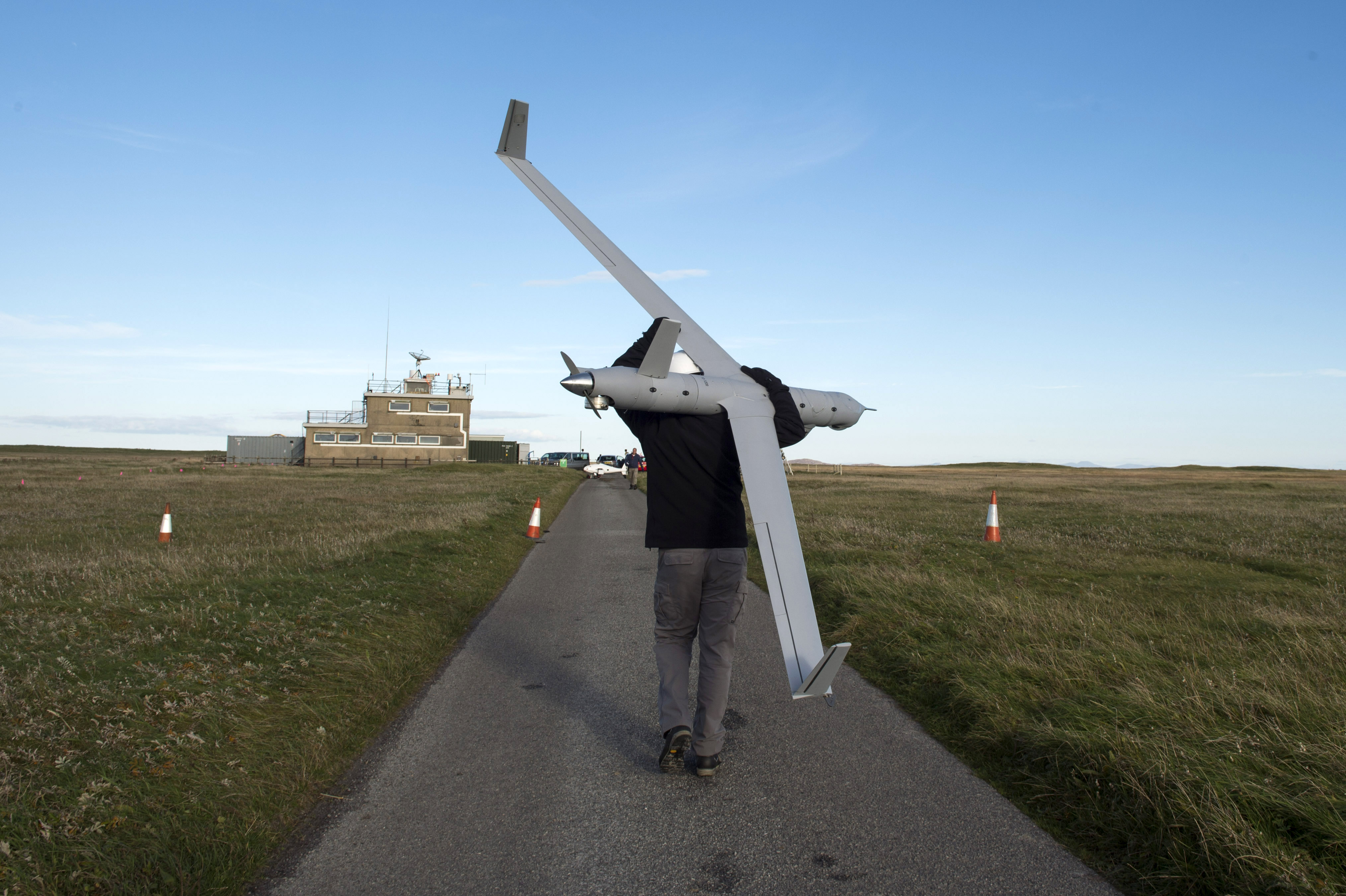 Scott Wiltermood, INSITU demonstration team manager, carries an MQ-27A Scan Eagle unmanned aerial vehicle after landing at Benbecula Rangehead on Oct. 10, 2016. More than 40 international participants from other navies, industry, academia and research laboratories are in Scotland conducting the first-ever Unmanned Warrior, a research and training exercise designed to test and demonstrate the latest in autonomous naval technologies while simultaneously strengthening international interoperability. Unmanned Warrior is part of Joint Warrior, a semiannual United Kingdom-led training exercise designed to provide NATO and allied forces with a unique multi-warfare environment in which to prepare for global operations. US Navy photo.

She added that the exercise was meant to accelerate learning about autonomous systems and how to integrate them with one another, with manned systems and with warfighters’ CONOPS in a multinational operational environment.

During a media teleconference on Oct. 14, Creighton said that the interplay between the Unmanned Warrior and Joint Warrior exercises was important for proving the real-world applicability of the unmanned systems and for giving operators an early look at technologies they may use down the road, some concessions had to be made due to the level of technical maturity of the systems.

“While we’re making great strides, we are operating in what I would call a permissive environment with the unmanned products,” she said when asked if, like manned systems, these autonomous systems could operate amid cyber and electronic warfare threats.

Marcus Tepaske, the Office of Naval Research Global’s science advisor to U.S. Fleet Forces Command and the U.S. technical director for Unmanned Warrior, said during the media call that there have been some challenges during the exercise, particularly when it comes to interoperability between different unmanned systems. In one case, three countries brought different unmanned underwater systems with the same software, but different software versions. He said it took quite an effort to get the UUVs updated with the same software version and able to work together. Additionally, the Royal Navy designed a common command and control system to manage all the unmanned systems from all countries in all domains, but that effort did not succeed. 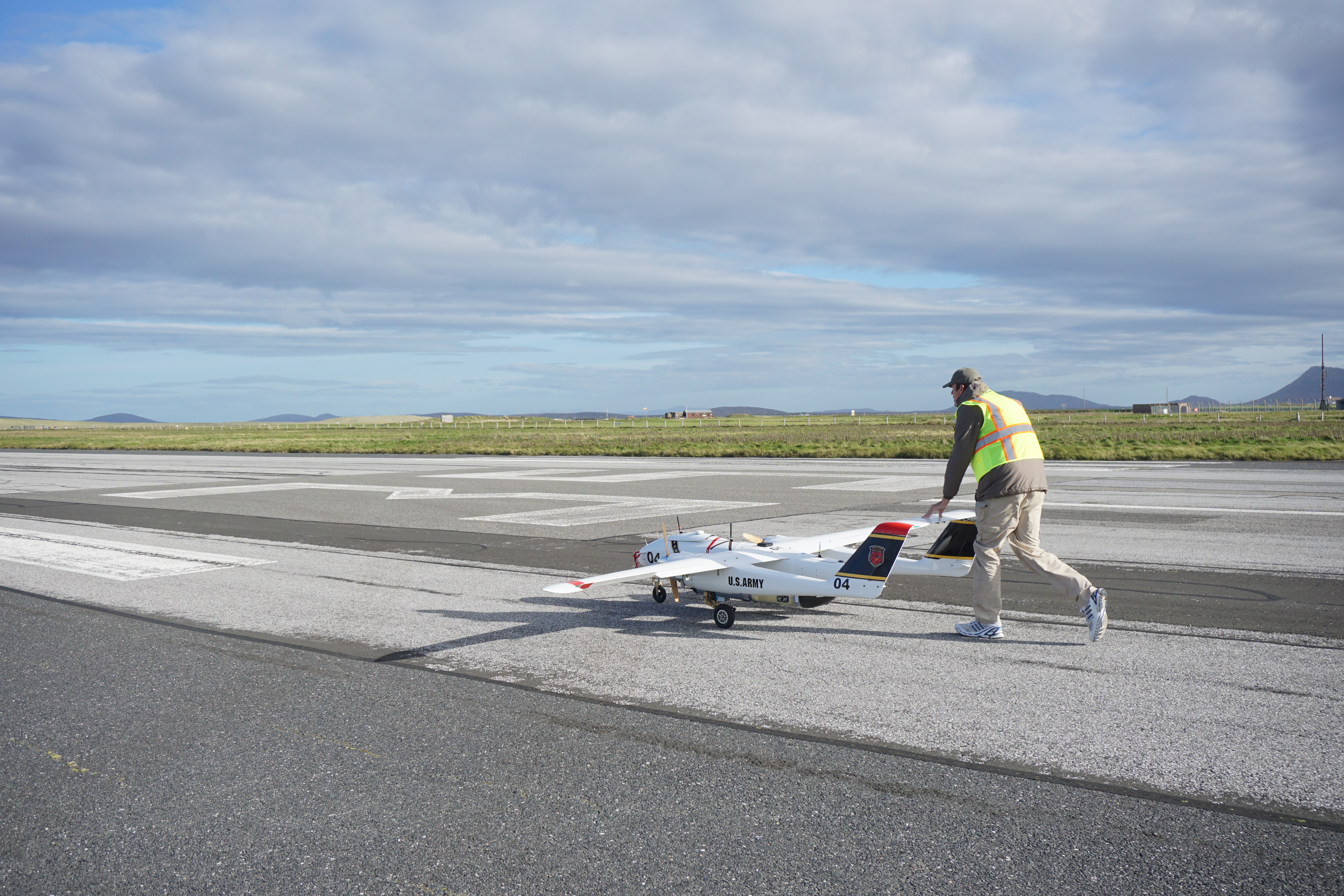 The SeaHunter unmanned aerial vehicle (UAV) is being tested in Unmanned Warrior 2016 as a littoral surveillance tool, carrying the Pushbroom Imaging LIDAR (Light Detection and Ranging) for Littoral Surveillance (PILLS) 2.0 payload that creates a 3-D image of dry land or undersea terrain. US Navy photo.

“Their vision was that everyone who participated in this exercise would be able to plug into their system and you would have the [command and control] picture for every system here,” Tepaske said during the media call.
“In reality, as is usually the case, until everyone got here in country they weren’t able to figure out all the glitches and hiccups to make that happen.”

He made clear, though, that finding areas for improvement is valuable.

“By coming out here and actually doing these events in person with the hardware, really hammers home where we’re having success in integrating and where our big failures are, so that’s why we’ve got to get out here, invest our capital to get together,” he said.

The inaugural Unmanned Warrior exercise is set to end Oct. 20.