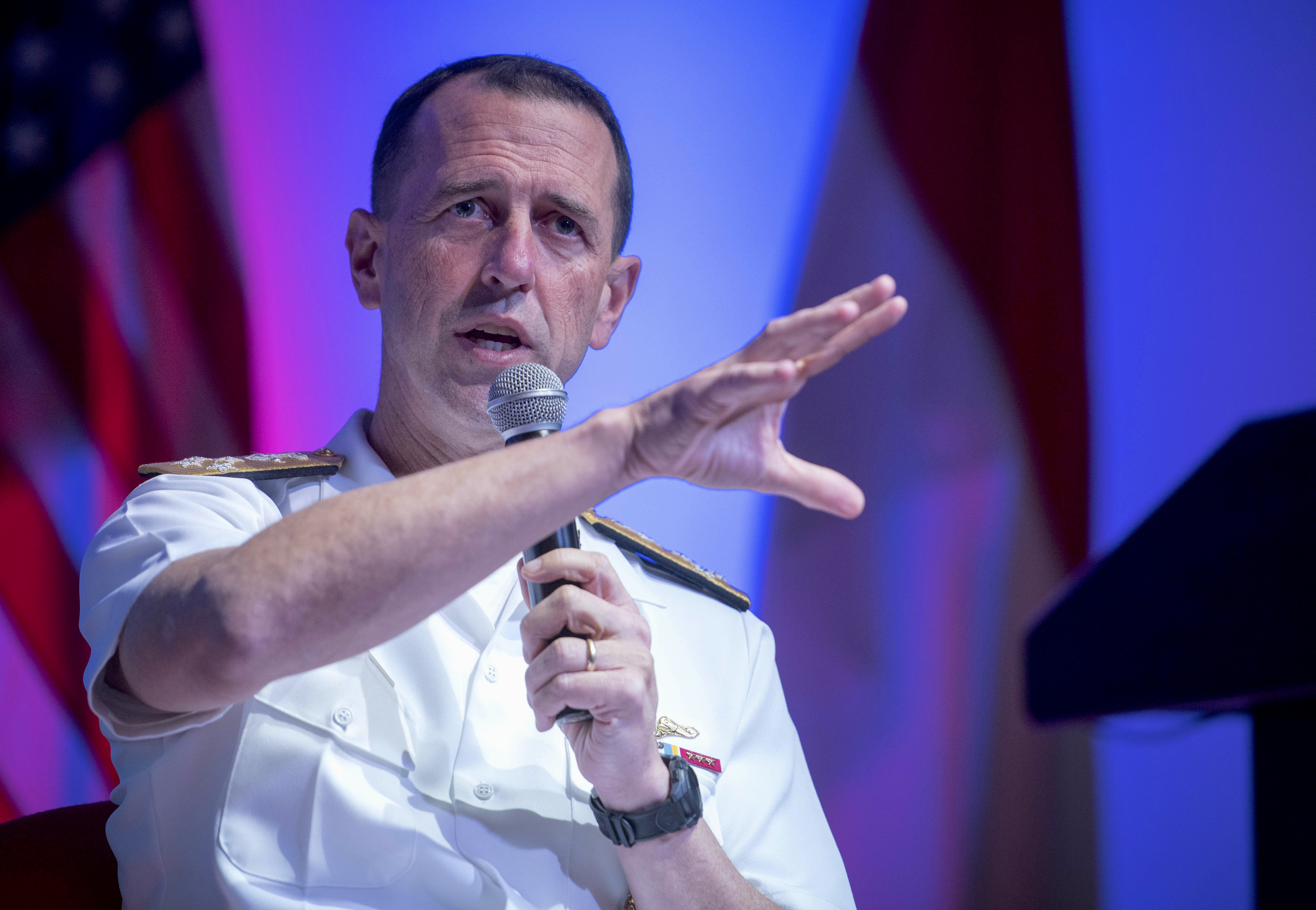 Chief of Naval Operations Adm. John Richardson lays out aggressive acquisition goals and overhauls in how the Navy develops new technologies and implements operating concepts in a sweeping 2.0 revision of his Design for Maintaining Maritime Superiority. The push to field new kit and concepts is his effort to ready the Navy for not only high-end warfare but also gray-zone conflict and other challenges related to Russian and Chinese aggression that the service and joint force will have to confront, according to a copy of the document reviewed by USNI News on Monday.

Chief among the changes in the new document is a list of acquisition goals that sets a faster than usual timeline for Navy/industry team’s ability for key programs:

Some of these timelines, such as buying the first large surface combatant under the Future Surface Combatant family of systems, have already been announced by the Navy. Other programs, such as the CHAMP auxiliary ship design, have been discussed but are in more nascent stages of development now; others, such as the small future auxiliary, have not been publicly talked about before. 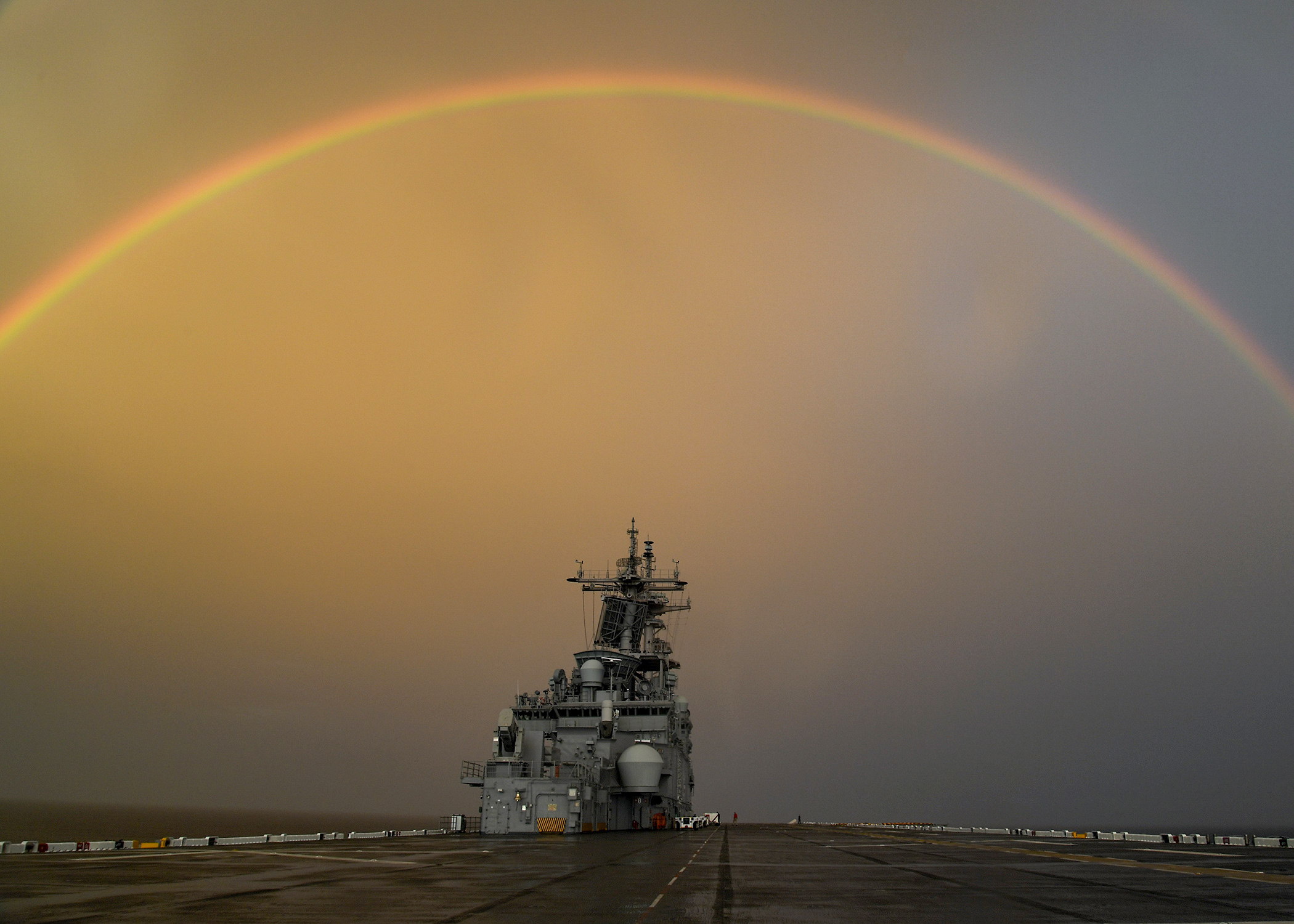 USS Boxer (LHD 4) transits the Pacific Ocean. Boxer is underway in the U.S. 3rd Fleet area of operations on Oct. 3, 2018. US Navy Photo

Importantly, the Navy is making changes to tie these and other acquisition development efforts to concept development efforts. U.S. 3rd Fleet will stand up a capability development hub called DEVGRUWEST, and U.S. 2nd Fleet will stand up a concept development hub called DEVGRUEAST. Each will be the center of excellence for their respective efforts, but they will collaborate to ensure that the Navy is building the right tools for how it wants to fight, and is using the tools it has in the smartest way.

The service will also stand up a Warfighting Development Directorate on the chief of naval operation’s staff (OPNAV N7) that “will be responsible for coordinating and aligning the Navy’s education, experimentation, exercise, and analytic efforts. … Synergy between how we fight and how we learn will accelerate our combat effectiveness.”

Taken together, these changes align the Navy with what the Marine Corps has been doing the last few years with its Sea Dragon experimentation series. Run by the Marine Corps Warfighting Lab, the experiments have looked at both capability and concept development in tandem and have led to changes in acquisition, manning, education and other areas.

Specifically, the Navy wants to focus on refining its Distributed Maritime Operations concept and other supporting concepts. A Large Scale Exercise 2020 will test the effectiveness of the concept and lay the groundwork for follow-on wargames, exercises, experiments and other large-scale events. 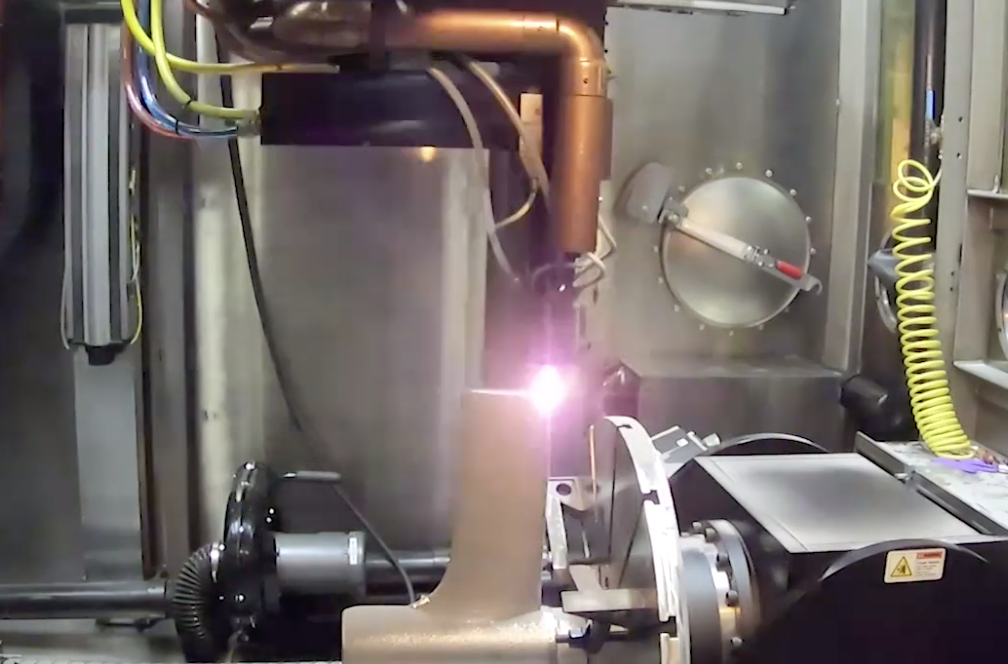 Design 2.0 looks at applying new technologies to the Navy now. Whereas the service has talked about additive manufacturing and machine learning for a few years now, the document puts a hard timeline on their application: by the end of 2018, the fleet must identify five warfighting problems that artificial intelligence and machine learning (AI/ML) can solve, the chief of personnel must identify five training problems, and the vice chief of naval operations must identify five corporate problems; by the end of 2019, the Navy must figure out a way to apply AI/ML to address these challenges. Similarly, on additive manufacturing, the Navy must 3D-print and field metal parts for at least five different current programs by the end of 2019.

On the operational side, the Design 2.0 looks at what the Navy will need to do to sustain itself for a drawn-out conflict or operation. One priority is to “posture logistics capability ashore and at sea in ways that allow the fleet to operate globally, at a pace that can be sustained over time. Assess and develop options for improved ability and resilience to refuel, rearm, resupply, and repair.”

The document also calls for 2nd Fleet and 3rd Fleet to operate as expeditionary commands, deploying ships forward and retaining command and control over them. If a scenario arose where 2nd or 3rd Fleet was focused on forward operations, Carrier Strike Groups 4 or 15, respectively, would step in to oversee force-generation efforts and would report directly to U.S. Fleet Forces Command or U.S. Pacific Fleet, respectively. While 3rd Fleet has already conducted “Third Fleet Forward” deployments to practice this construct and 2nd Fleet Commander Vice Adm. Andrew Lewis alluded to a similar idea for his new command, Design 2.0 lays out the trickle-down effect of having the force-generating fleets focused on overseas operations.

On the massive in-development Columbia-class ballistic missile submarine program, which will begin construction in 2021 and had been set for a first deployment in 2031 – already a tight timeline that Navy leadership has said will be a challenge to meet – the Design 2.0 calls for deploying the lead ship as soon as possible and “beating the current schedule” to address threats around the globe.