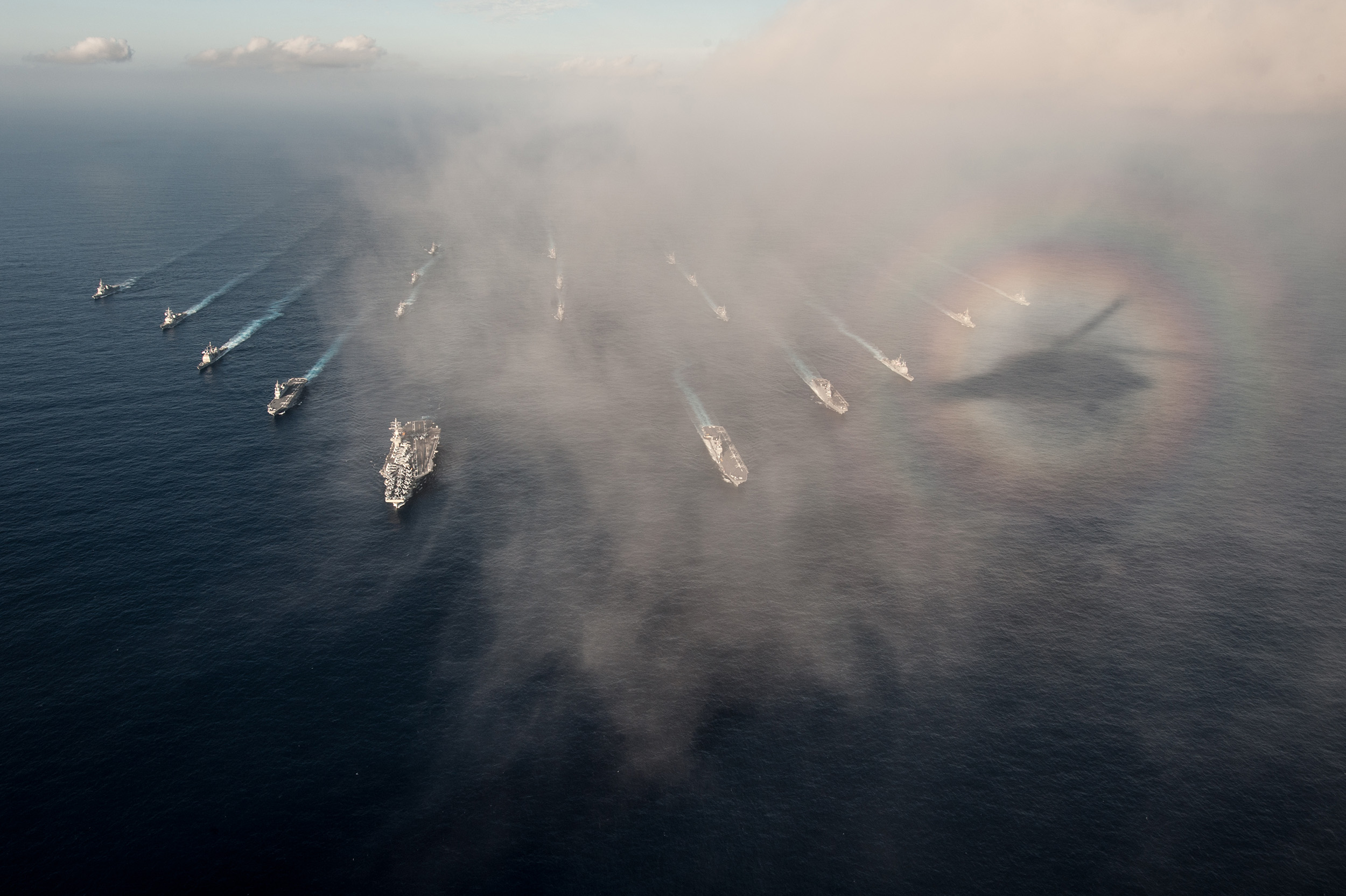 Chief of Naval Operations Adm. John Richardson will unveil new Navy guidance today outlining how the service would address complex challenges and short-term steps to reach those goals, according to a draft of the document obtained by USNI News.

The “Design for Maintaining Maritime Superiority” document lays out four lines of effort for the Navy: strengthen naval power at and from the sea, achieve high velocity learning at every level, strengthen our Navy team for the future, and expand and strengthen our network of partners.

This document gives a first look at Richardson’s view of where the Navy stands today, how it should evolve and how those ideas may shape future budget submissions. After taking over as CNO in September 2015, Richardson spent weeks traveling the globe, meeting with sailors from all parts of the Navy to understand their capabilities and needs. In similar fashion, his predecessor, Adm. Jonathan Greenert, became CNO in September 2011, traveled around the fleet and released his CNO’s Sailing Directions. That document was updated during Greenert’s time leading the Navy but never strayed from his three main tenets: warfighting first, operate forward, and be ready.

First, Richardson calls for excellence in a multi-domain operating environment, writing that the Navy will “maintain a fleet that is trained and ready to operate and fight decisively – from the deep ocean to the littorals, from the sea floor to space, and in the information domain.”

The first bullet point in this first line of effort is to support the acquisition of the Ohio Replacement Program ballistic missile submarine and the maintenance of the legacy Ohio-class boomer fleet.

Richardson also writes that, in partnership with the Marine Corps, the Navy must be able to contain lower-end situations, fight in the open ocean, project power ashore in contested environments, and operate effectively throughout the range of military operations despite the threat of long-range precision strike and anti-access/area denial.

To support this range of operational requirements, the CNO calls on the Navy and Marine Corps to do more wargaming, modeling and simulation, fleet exercises and other training to refine and validate concepts for all these operations and environments. He also notes the importance of learning and capturing lessons learned – from the fleet level down to the individual sailor and Marine level – via simulators, online gaming and other innovative methods. Navy Secretary Ray Mabus has already pushed the Navy in this direction, with an increased focus on virtual training environments and fleet experimentation. The Navy by 2020 will open a massive live, virtual and constructive (LVC) air warfare training center, and with both Mabus and now Richardson pushing this type of learning and training, these types of efforts are sure to continue or increase.

Richardson’s guidance notes the importance of the electromagnetic spectrum, both as a means of electronic warfare and for non-kinetic weapons. He calls for the service to “further advance and ingrain information warfare” – a nod to ongoing efforts to better network missile defense systems, Navy and Marine Corps systems, undersea sensors and ships, and more combinations to help information get where it’s needed – and adds that space and cyberspace must be included in these efforts. In this “highly ‘informationalized’ environment,” Richardson writes, new naval platforms and formations, manned and unmanned vehicles, and kinetic and non-kinetic weapons will have to be leveraged to meet combatant commander demands.

Much like efforts taking place at the Defense Department level, Richardson calls for increased interaction with industry. academia and non-traditional partners in research and acquisition. He also calls for close collaboration with the other military services, the Coast Guard and foreign navies to support information sharing, interoperability initiatives, combined forward operations and smarter planning for future concepts and capability requirements.

Richardson makes clear in his guidance that the stakes are high in today’s complex operating environment, writing that “we will remain the world’s finest Navy only if we all fight each and every minute to get better. Our competitors are focused on taking the lead – we must pick up the pace and deny them. The margins of victory are razor thin – but decisive.”