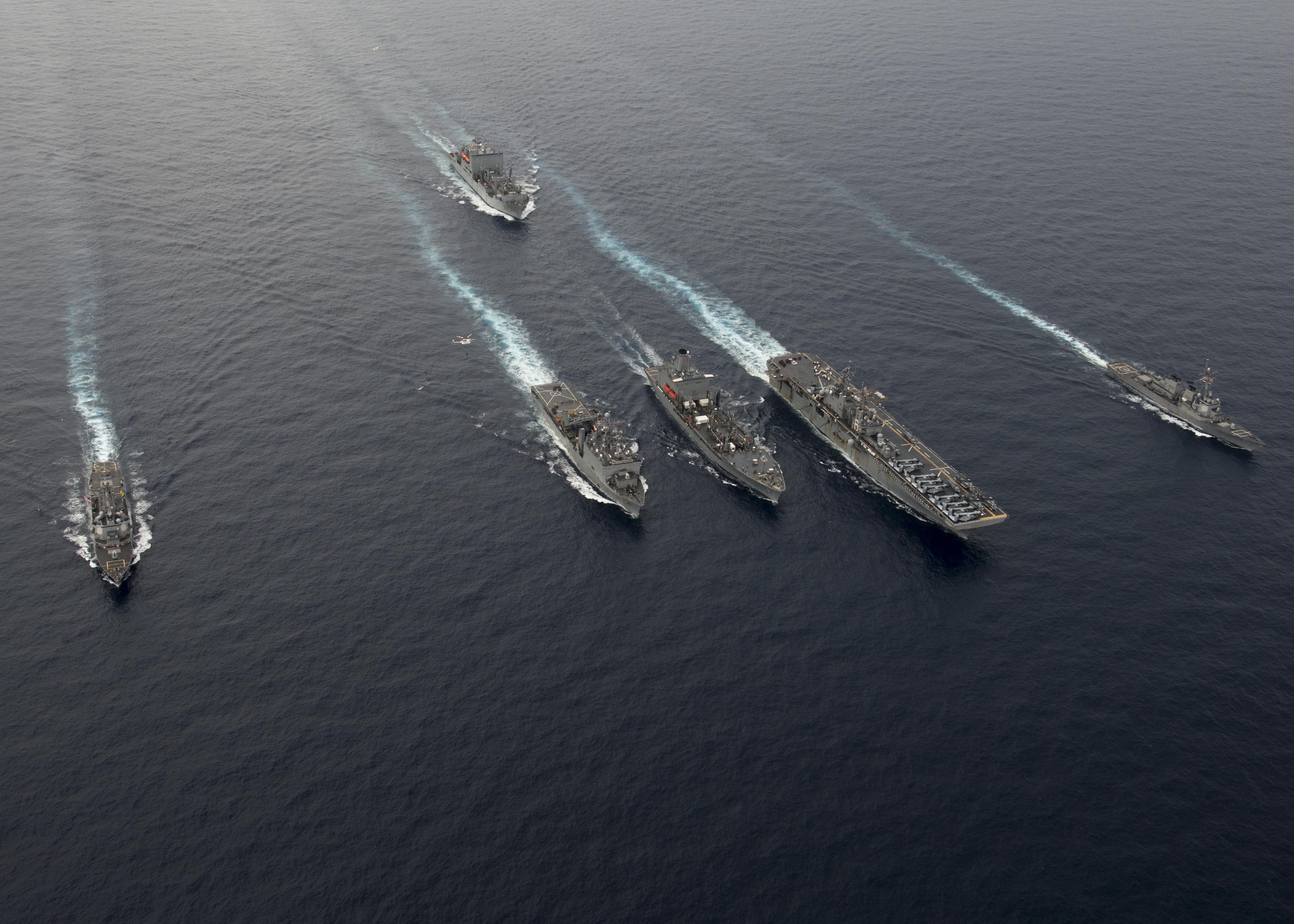 CAPITOL HILL – Navy officials like the potential costs savings of using one hull design for the service’s family of support ships and are talking with industry leaders early and often to make this plan feasible.

The support fleet is aging, with many Military Sealift Command ships such as submarine tenders and command ships nearing the end of their expected lifespans. The Navy is considering the benefits of using a Common Hull Platform (CHAMP) design for future ships, Vice Adm. Bill Merz, the deputy chief of naval operations for warfare systems (OPNAV N9), said following a Tuesday hearing before the Senate Armed Services seapower subcommittee.

“The common hull is the objective. There’s a lot of operational reasons and cost reasons why we want to do that,” Merz said. “We don’t know if it’s achievable or not.”

The Navy likes the idea of using a one hull design for its support ships, but the service doesn’t want to go down that road without some assurance it will prove to be a good idea. Merz said that, to help draft the requirements for a CHAMP design, the Navy is drawing on its recent experience creating the future frigate (FFG(X)) requirements. Instead of the usual practice of setting requirements and then sharing these with industry, the Navy’s Frigate Requirements Evaluation Team started early discussions with Navy engineers, acquisition officers, resource sponsors and industry about cost and capabilities. Merz said the early discussions with industry about the frigate design helped the Navy avoid many of the pitfalls that became drags on previous ship programs. He said the Navy is applying the lessons learned from the frigate planning process to the common hull discussions.

The Navy is paying a lot of attention to plans based on a parent design, especially for components inside ships, such as auxiliary power and lift capacity, Navy acquisition chief James Geurts said after the same hearing.

“I will say that’s what we’re going to look at more precisely as we award some of the design contracts with potential suppliers and do like we did with the frigate and have iterative discussions about the cost to meet requirements,” Geurts said.

On the FFG(X) competition, Geurts said he and Chief of Naval Operations Adm. John Richardson just locked down the frigate requirements. He expects a draft request for proposal to industry in the spring.

By issuing the draft RFP in the spring, with a final RFP set to be released by the end of Fiscal Year 2019, Geurts said the Navy would have a full year to discuss design options with bidders before making a final selection around the end of FY 2020.

“We set a tremendously healthy precedence with the frigate with this dialogue up front,” with industry, Merz said. “So we’ll learn early the feasibility of the common hull and, frankly, include their opinion with what really is the best way to do this.”

Sen. Roger Wicker, (R-Miss.), the subcommittee chair, noted how the frigate process stands in stark contrast to how the Navy handled its Littoral Combat Ship acquisition process. Wicker asked Merz how the Navy will avoid some of the mistakes made during the early days of the LCS program.

The FFG(X) and other future surface combatant programs are benefiting from the lessons learned from the LCS process, Merz said. Early and frequent discussions with industry are critical, he said.

“We really discovered the art of possible before we set the requirements,” Merz said about the FFG(X) process. “In the end, industry is happy, and we are getting a much more lethal ship for the price point.”