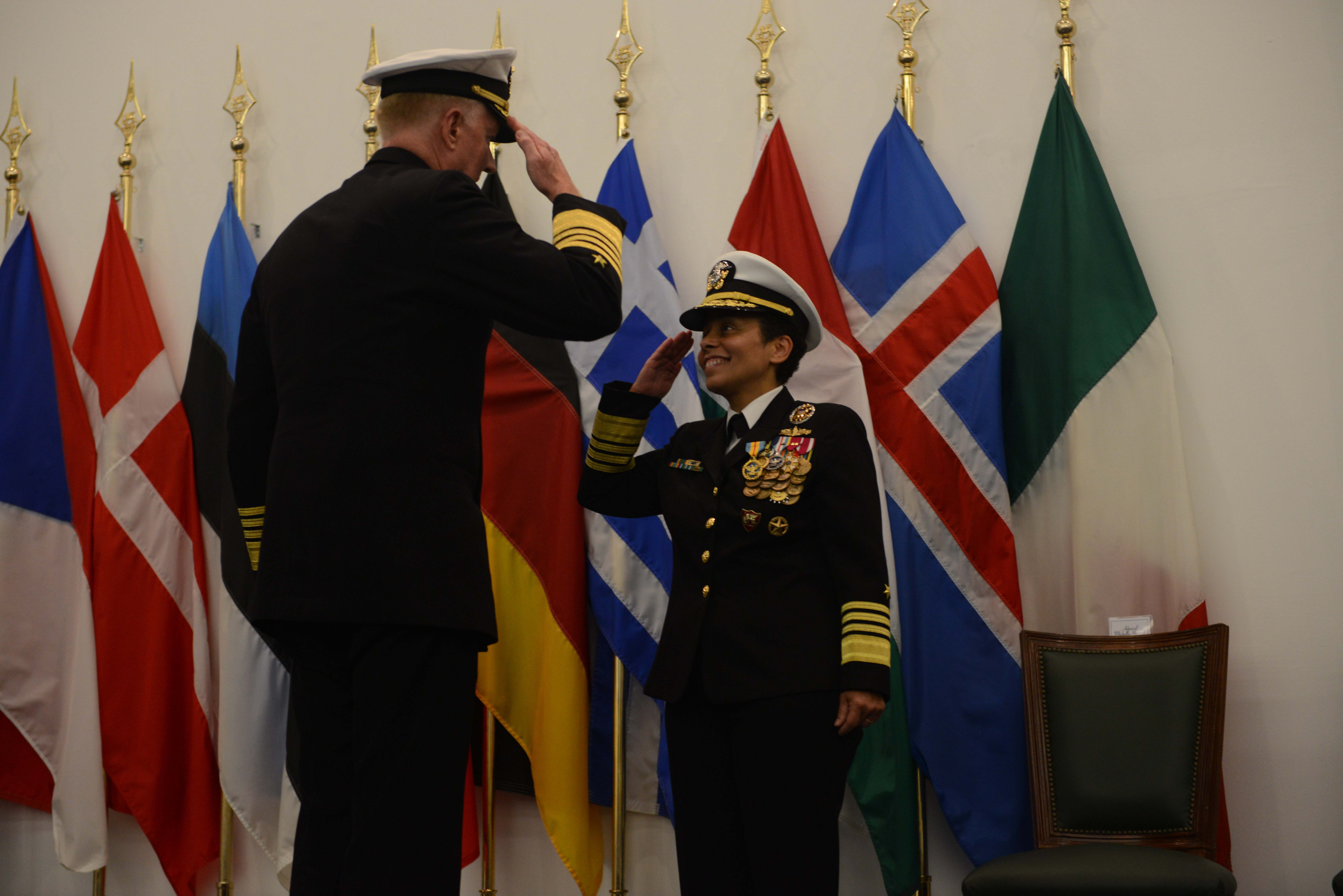 Foggo, a 1981 graduate of the U.S. Naval Academy, is a former U.S. 6th Fleet commander. He relieved retiring Adm. Michelle Howard during a ceremony held Friday at Joint Force Command headquarters in Naples. Foggo was announced to lead U.S. naval forces in Europe and the Middle East less than a year after taking his last post as director of the Navy Staff, according to a statement announcing his promotion in June.

In his new position, Foggo is one of two subordinate Joint Force commanders to NATO’s Supreme Allied Commander in Europe. In Naples, Foggo’s mission is to be prepared defeat aggression, defend NATO territory and forces, safeguard freedom of the seas and economic lifelines, and preserve the security of NATO nations. As commander of U.S. Naval Forces Europe-Africa, Foggo is responsible for leading operations enhancing maritime security and stability in Europe and Africa, according to a Navy statement.

Naval forces in the region increased while Foggo commanded U.S. 6th Fleet. During his tenure at U.S. 6th Fleet, four Aegis ballistic missile defense destroyers were forward deployed to Rota, Spain, and a ballistic missile defense and integrated air and missile defense task force was created during a time of increased Russian naval activity in Europe – including both continual submarine presence as well as sporadic aggressive behaviors such as buzzing American ships and planes, according to a Navy statement.

Howard, a 1982 graduate of the U. S. Naval Academy, has not announced plans for her post-Navy career. Three years ago, Howard was the first female promoted to the rank of admiral to serve as the Vice Chief of Naval Operations.