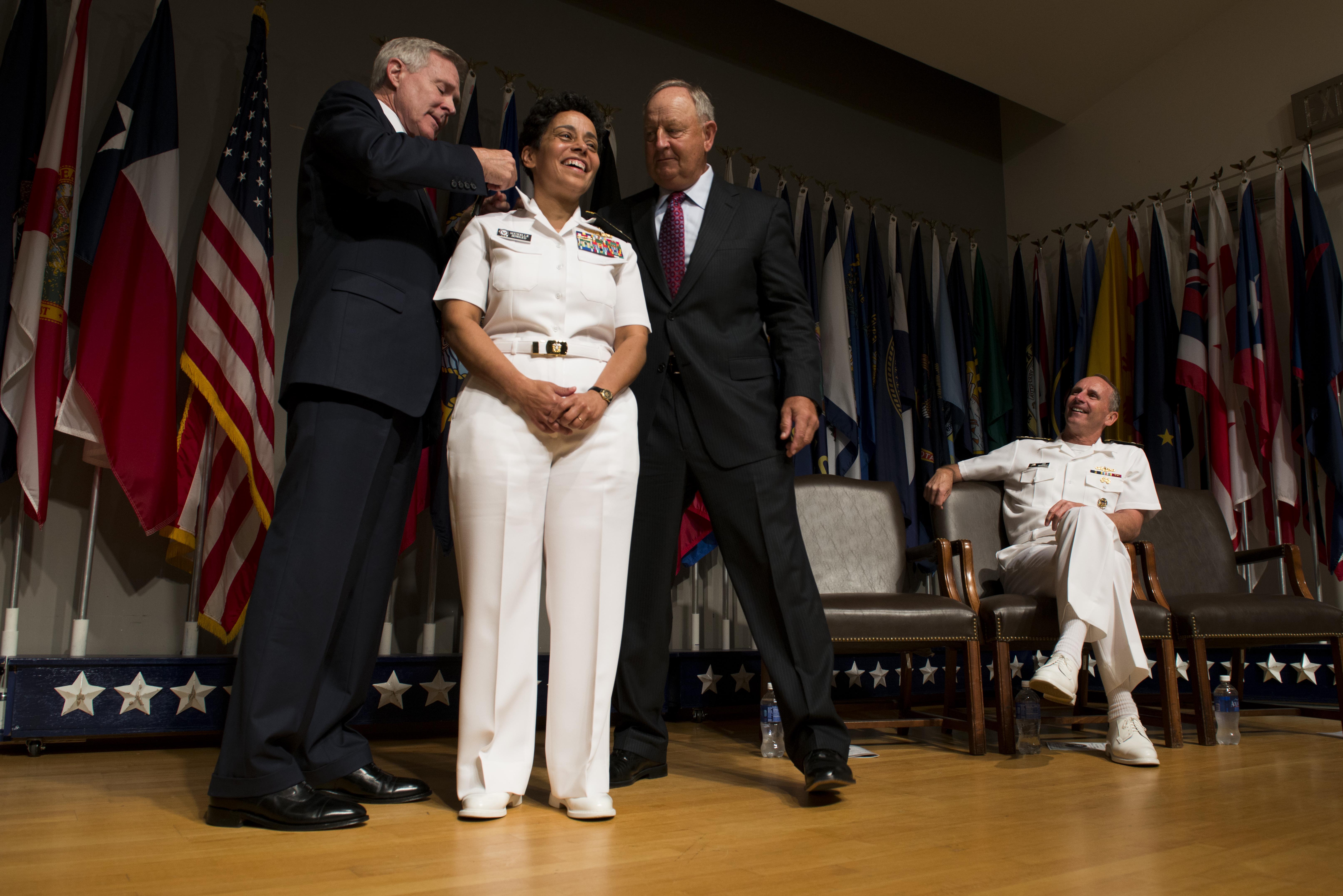 Secretary of the Navy (SECNAV) Ray Mabus, left, promotes Vice Adm. Michelle Howard to the rank of Admiral at the Women In Military Service For America Memorial in Arlington, Va. US Navy Photo

The Navy’s first female nominated to the rank of Admiral received her fourth star in a ceremony at the Women In Military Service For America Memorial in Arlington, Va. on Tuesday morning.

“Michelle Howard’s promotion to the rank of admiral is the result of a brilliant naval career, one I fully expect to continue when she assumes her new role as vice chief of naval operations, but also it is an historic first, an event to be celebrated as she becomes the first female to achieve this position,” Secretary of the Navy Ray Mabus said during the ceremony. “Her accomplishment is a direct example of a Navy that now, more than ever, reflects the nation it serves — a nation where success is not born of race, gender or religion, but of skill and ability.”

“Michelle’s many trailblazing accomplishments in her 32 years of naval service are evidence of both her fortitude and commitment to excellence and integrity,” CNO Adm. Jonathan Greenert said during the ceremony. “I look forward to many great things to come from the Navy’s newest four-star admiral.”

Howard is a 1982 graduate of the U.S. Naval Academy and served primarily in amphibious ships during her sea tours.