Russia has stepped up its submarine operations and is regularly probing U.S. anti-submarine networks in a new “Battle of the Atlantic,” the commander of U.S. 6th Fleet said.

In an article for the U.S. Naval Institute’s June issue of Proceedings, Vice Adm. James Foggo III outlined a new era in U.S. and Russian submarine warfare he dubs “The Fourth Battle of the Atlantic.”

In his piece, Foggo compares the current uptick in Russian submarine posture to the great submarine battles between the Allies and the Germans in World War I and World War II and the Soviets and the U.S. during the Cold War.

“Once again, an effective, skilled, and technologically advanced Russian submarine force is challenging us. Russian submarines are prowling the Atlantic, testing our defenses, confronting our command of the seas, and preparing the complex underwater battlespace to give them an edge in any future conflict,” Foggo wrote.
“Not only have Russia’s actions and capabilities increased in alarming and confrontational ways, its national-security policy is aimed at challenging the United States and its NATO allies and partners.”

Since the Russian seizure of Crimea in 2014, Russian Navy surface ships, aircraft and submarines have been much more active in presence operations – particularly the submarines.

Russian officials have been open about increased submarine operations over the last two years. Russian Navy head Adm. Viktor Chirkov said in March of 2015 that submarines operations have increased by 50 percent.

“This is logical and necessary to guarantee the security of the state,” he said at the time in Russian state-controlled press.

While Russian surface ships and aircraft trail behind their U.S. equivalents technologically, Russia has maintained a strong submarine industrial base since the collapse of the Soviet Union.

In late 2014, the U.S. officer in charge of the U.S. submarine construction told a conference he was so impressed with the Russian Navy’s new Yassen-class attack submarine he had a model built of the first-in-class attack boat K-329 Severodvinsk.

“We’ll be facing tough potential opponents. One only has to look at the Severodvinsk, Russia’s version of a [nuclear-guided missile submarine] (SSGN),” then-Program Executive Office submarines Vice Adm. Dave Johnson said at the time.
“I am so impressed with this ship that I had [the Navy] build a model from unclassified data.” 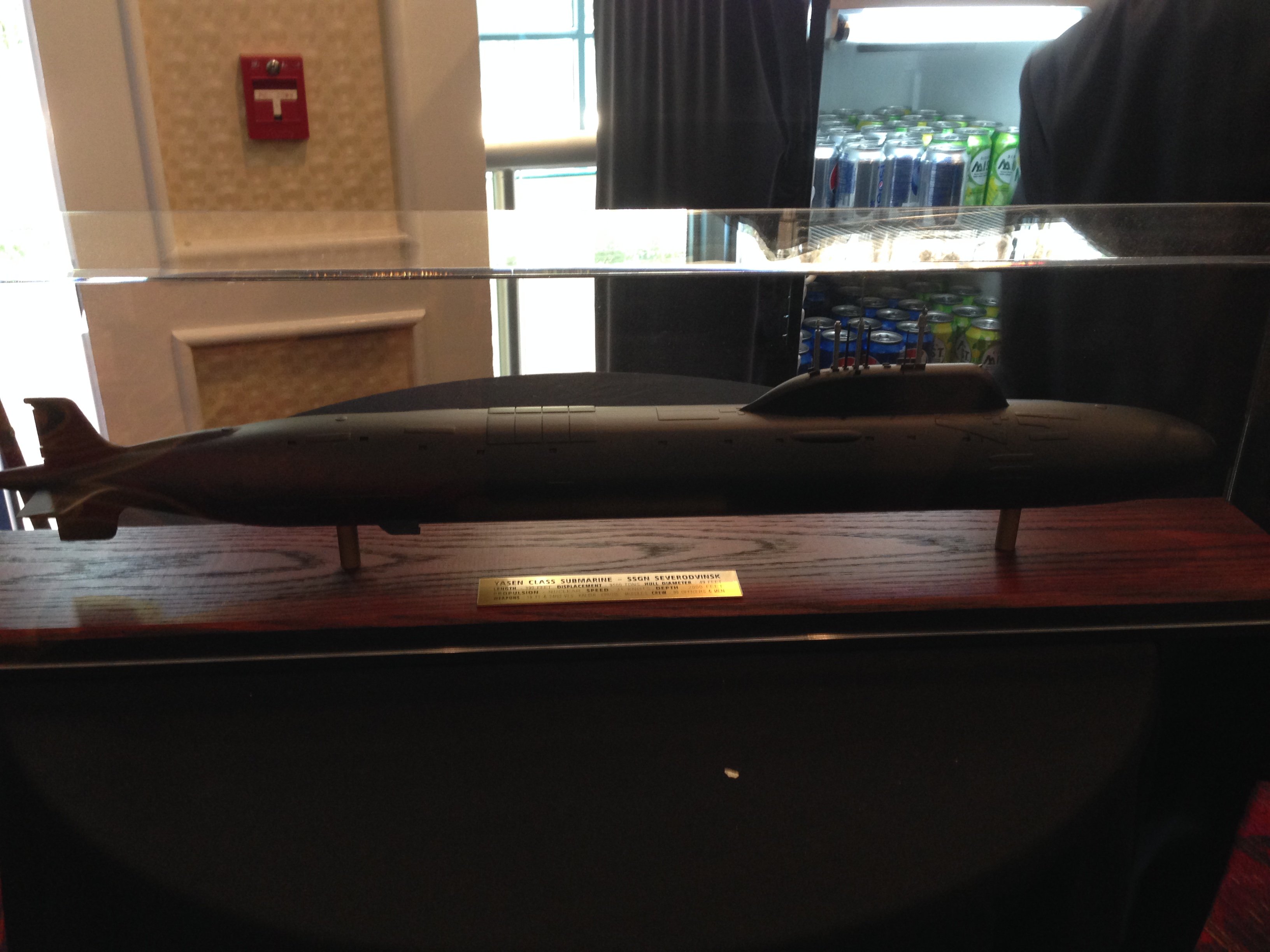 In addition to nuclear submarines, the Russians are improving the technological capability of their diesel-electric submarines, including the ability for Russian Kilos to launch long-range Kalibir NK cruise missiles.

“These are the platforms that are the most challenging for us to deal with because of their inherent stealth,” Foggo wrote.
“As demonstrated last December by Kalibr launches into Syria from the Eastern Mediterranean, Russian leaders will use such weapons at will, without the same qualms we have about collateral damage.”

All told, Foggo outlines an “arc of steel” of Russian submarine strength from the Arctic to the Black Sea.

“Combined with extensive and frequent submarine patrols throughout the North Atlantic and the Norwegian Sea, and forward-deployed forces in Syria, Russia has the capability to hold nearly all NATO maritime forces at risk,” he wrote.