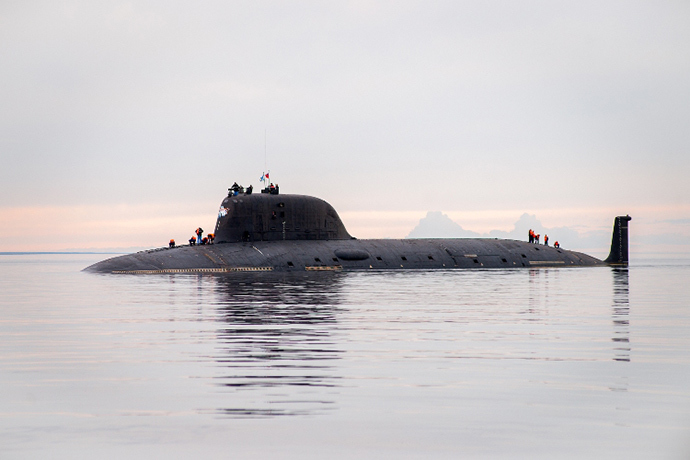 The military leader of the Russian Navy has acknowledged an increase in submarine patrols to “prevent threats to national security” in the last year, according to Russian state media.

“From January 2014 to March 2015 the intensity of patrols by submarines has risen by almost 50 percent as compared to 2013,” Russian Navy head Adm. Viktor Chirkov said on Thursday, according to Russian state backed Sputnik International news service.
“This is logical and necessary to guarantee the security of the state.”

Following the seizure of the Crimean region of the Ukraine by Russia last year, the Russian Navy has stepped up its international naval presence.

In November, U.S. Chief of Naval Operations Adm. Jonathan Greenert acknowledged that Russia was “very busy in the undersea domain.”

Submarines are the most advanced and effective component of the Russian fleet, far outpacing Russia’s surface fleet in terms of capability.

Though Russia’s uptick in the quantity of submarine patrols is since the start of 2014, it has made bold moves in the last several years.

“Although Moscow has made no attempt to conceal the fact that it plans to accelerate submarine operations, the audacity of some recent patrols exemplifies a troubling trend,” wrote Lt. Cmdr. Tom Spahn, USNR in a June 2013 article on Russian submarine forces in Naval Institute Proceedings.

“In late 2012, an Akula allegedly remained undetected for several weeks while conducting operations in the Gulf of Mexico. Later that same year, a Sierra-2-class guided-missile submarine crept within a mere 200 miles of the Eastern Seaboard of the United States. In the Mediterranean, Russian submarines have similarly increased operations, likely including participation in a massive naval exercise off the coast of Syria in January 2013.”

Russia has also stepped up its new submarine construction programs.