The House Armed Services authorizes $20.6 billion in spending for Navy shipbuilding programs, prohibits the inactivation of cruisers as part of the Navy’s proposed phased modernization plan, and calls for the Navy to build aircraft carriers in four-year periods instead of five, according to its version of the Fiscal Year 2017 National Defense Authorization Act, released today.
Despite rejecting some cost-saving measures the Navy proposed, HASC added $2.3 billion into the Navy’s shipbuilding account, includes policy that would speed up several ship programs, and invests money into naval research for high-end weapons.

The committee’s version of the NDAA adds incremental funding for three ships beyond the Navy’s request – $433 million to finish paying for a destroyer partially funded in FY 2016, $385 million for the Littoral Combat Ship the Defense Department struck from the Navy’s budget plans, and $856 million to either accelerate the start of the LX(R) program or begin building a 13th San Antonio-class amphibious transport dock – LPD-29, which has not been included in recent Navy plans.

The partial funding for an amphib is an attempt to take advantage of a hot production line at Ingalls Shipbuilding in Mississippi, a HASC staffer told reporters Tuesday. The staffer said the production line at Ingalls is running ahead of schedule, and the committee already made clear in its FY 2016 bill that it believed a new ship needed to start by FY 2018 to keep the production line running – and therefore keep costs down. Previously the HASC sought to address the situation by pulling up the start of the LX(R) amphibious dock landing ship replacement program to 2018 from 2020.

However, Navy acquisition chief Sean Stackley told the Senate Armed Services Committee earlier this month that the first LX(R) ship – based off the LPD design and currently set to start in FY 2020 – could be bumped up to 2019 with extra funding but could not be bumped up to 2018, like HASC originally wanted and industry has recently requested. The HASC’s NDAA proposal, as it currently stands, would allow the Navy to use the money for a 13th LPD if the service could not pull LX(R) to the left enough. The $856 million in the bill, plus $250 appropriated in the current FY 2016 budget, brings the Navy more than halfway to the total cost of about $1.8 million for the ship, the staffer said.

HASC also includes money for a third LCS, which the Navy originally planned to buy in 2017 but was chopped from the budget after a December 2015 memo from Defense Secretary Ash Carter truncated the LCS/frigate program and altered its acquisition profile. Stackley has since said in hearings that the Navy would buy two LCSs in 2017 so that LCS prime contractors Lockheed Martin and Austal USA could make their best bids ahead of the frigate program, which will now have to downselect to just one builder. That downselect is not expected until 2019, though, making 2018 a challenge for the Navy and industry. The HASC bill, by adding a third ship in 2017 ahead of the expected one-ship buy in 2018, essentially gives each yard two more ships to remain stable ahead of the frigate transition. The staffer said the committee still supports the original 52-ship program size instead of Carter’s truncated 40-ship plan and will continue to advocate for more small surface combatants to meet global combatant commander needs.

On the large surface combatant side, the committee includes $433 million to finish paying for an Arleigh Burke-class guided missile destroyer (DDG-51) that was incrementally funded this current year. The staffer said the sum of money, between FY 2016 and proposed 2017 funding, would buy a Flight IIA ship rather than an upgraded Flight III ship with an advanced air and missile defense radar (AMDR). The Navy is scheduled to introduce the Flight III design into the program in FY 2016 and intended to use the partially funded DDG to do so, and it is unclear whether the $433-million figure would alter the Navy’s plans.

The bill supports the Ohio Replacement Program by granting authority for “continuous production,” allowing the Navy to procure components like missile tubes at a steady pace instead of only in years the U.S. and the U.K. programs procure a ship. The staffer said that buying four tubes in some years, eight in some and zero in others makes no sense from an industry perspective, and evening out the workload will create savings of about 20 percent across the missile tube procurement. And the bill supports the Gerald R. Ford-class aircraft carrier program by proposing to build carriers every four years instead of five.

The Navy currently has 10 aircraft carriers in the fleet instead of the congressionally mandated 11 – Gerald R. Ford (CVN-78) will become the 11th when she commissions later this year, though the new ship’s first deployment is still several years off. The Congressional Budget Office projects that continuing at a build rate of every five years will result in the Navy dropping back down to 10 carriers in the 2040s, the staffer said, and so HASC has proposed the Navy speed up advance procurement for CVN-81 and begin a year early, in 2022, to start on the four-year build cycle now and stave off problems later. Also in the bill, HASC would give the Navy block buy authority to purchase parts for CVN-80 and 81 together to bring costs down. The bill also authorizes the refueling and complex overhauls (RCOH) for the remaining five Nimitz-class aircraft carriers to also allow for the block buy of materials where cost savings can be achieved.

The staffer said the bill also increases the Navy’s MQ-8C Fire Scout buy from one to five, and keeps the Tomahawk land attack missile procurement at 198, both of which support the minimum sustaining rate for their respective production lines. The oldest Tomahawks will have to go back to industry for mid-life recertification work in FY 2019, and the staffer said HASC wants to see the Raytheon production line stay hot between now and then.

The bill supports a number of research and development projects, including funding development of the MQ-XX Stringray — the program formerly known as the Carrier-Based Aerial Refueling System (CBARS) — while “expressing the Committee’s enduring belief that the Navy should develop carrier-based unmanned aircraft with strike capabilities and the ability to operate in contested environments,” according to a statement from HASC seapower and projection forces subcommittee chairman Rep. Randy Forbes (R-Va.).

Chief of Naval Operations Adm. John Richardson has previously said the Stingray design, with a focus on tanking and reconnaissance, could have additional missions such as strike added on later. However, the HASC staffer said the committee would like to see unmanned long-range strike included as a primary capability, with the design potentially including internal weapons carriage. While the committee is not forcing the Navy’s hand, the staffer said HASC is strongly encouraging the Navy to build strike capability into the new carrier-based platform.

The bill also “invests in next-generation munitions like the Standard Missile-6 and Long Range Anti-Ship Missile (LRASM), solid state upgrades for Aegis transmitters, and over-the-horizon missiles for testing aboard Littoral Combat Ships. It also authorizes $20 million in funding for the Office of Naval Research’s ‘SwampWorks’ and the Navy’s new rapid prototyping and experimentation efforts in order to encourage and accelerate innovation,” according to Forbes’ statement. 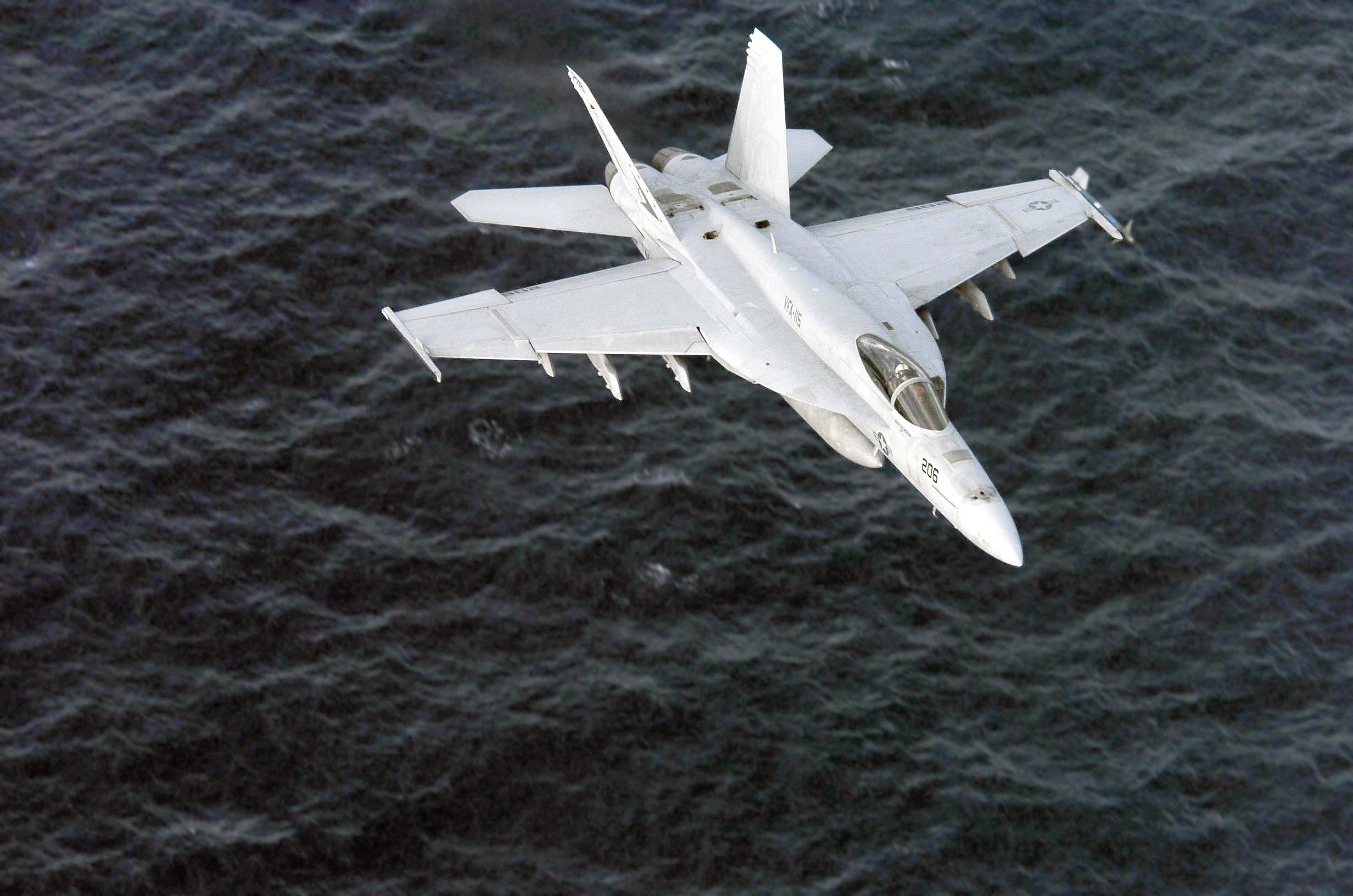 Despite all the support for the Navy included in the bill, the committee rejected several Navy requests. In its FY 2017 request, the Navy asked to deactivate the Carrier Air Wing Fourteen (CVW-14) – which is not fully staffed and has not deployed since 2011 – as a way to save money and improve the readiness of the other nine air wings in the Navy. The Navy also justified the move by saying that previous assumptions – 10 air wings for the 11 required carriers – were based on one aircraft carrier being in the years-long RCOH at any given time; in reality, at least one other carrier will be tied up in long-term maintenance at a Navy public shipyard as well, meaning only nine carriers could deploy in a contingency and therefore only nine air wings were needed.

The HASC staffer said the committee disagreed, noting that the FY 2017 carrier repair schedule has a portion of time without a carrier in deep maintenance. The staffer said the committee also believed it would take too long to reconstitute the air wing if needed, and therefore lawmakers opted to keep CVW-14 around. The air wing will only be funded at recent historic levels, though, which would keep that air wing smaller than its counterparts and not fully manned.

HASC also rejected the Navy’s request to put seven cruisers into an inactive status while awaiting upgrades and maintenance the remnants of a previously requested 11-cruiser phased modernization plan, though four have already been put into modernization under Congress’ preferred method of inducting two a year into the shipyards. To force the Navy to stick to Congress’ preferred maintenance plan – dubbed 2/4/6 for requiring two cruisers a year to go into a four-year maintenance program, with no more than six in maintenance at any given time – Office of the Secretary of Defense funding would be fenced off until the Navy put under contract the next four modernization yard availabilities and the next six combat system purchases.

The staffer said now is the time the Navy would begin to look at buying the parts and labor for upcoming cruiser modernization work and that this plan shouldn’t put any undue financial burden on the Navy. Forbes and others on HASC have voiced concerns previously that the Navy would put its remaining cruisers into an inactive status to await modernization but never follow through with the work, retiring the ships early to save money. The Navy insists it wouldn’t do this, as the service needs the cruiser fleet to remain in service into the 2040s to serve the air defense commander role.

Forbes said in his statement that the bill tries to fund both capacity and capability, rather than choosing between the two.

“This mark increases shipbuilding to $20.6 billion, $2.3 billion more than the President’s budget, and the highest level of shipbuilding funding since the Reagan-Lehman era, adjusting for inflation,” he said.
“It also rejects the administration’s plan to layup 11 cruisers once more, and prevents the disestablishment of one of 10 carrier air wings. With this legislation, we are rejecting further budget cuts, bending the curve lines, and making a down payment on the 350-ship Navy we need for national defense.”