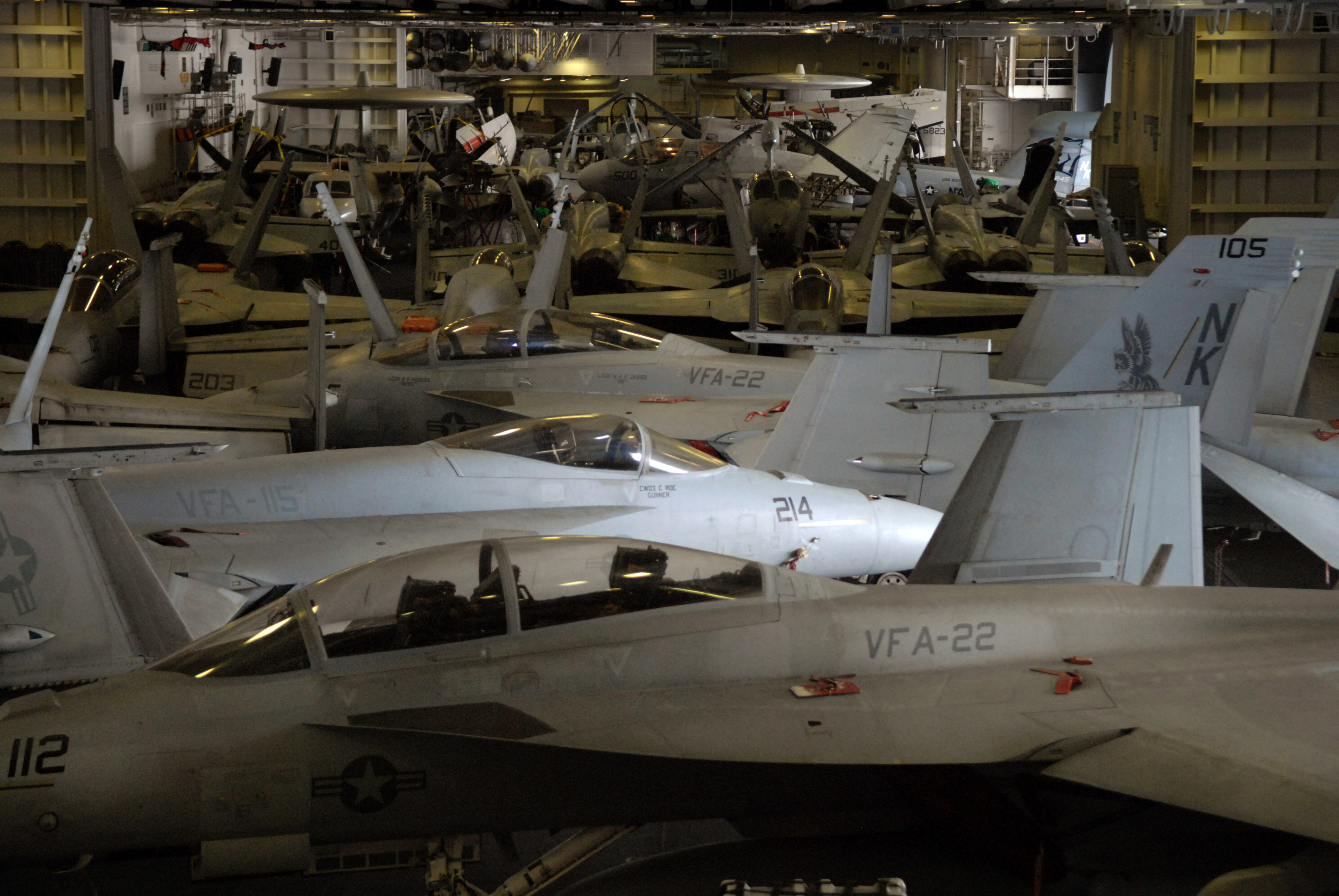 The Navy will ask Congress for permission to deactivate a carrier air wing, which will save money and boost readiness in other air wings.

The service wants to shut down Carrier Air Wing Fourteen (CVW-14), which has not deployed since 2011 and has not been fully staffed for the past several years, USNI News understands. The air wing is based in Naval Air Station Lemoore, Calif., and consists of four squadrons.

“This proposal will allow the Navy to match the number of air wings to the number of deployable aircraft carriers,” Rear Adm. William Lescher, the deputy assistant secretary of the Navy for budget said in a Tuesday afternoon briefing.
“It reflects the practice of having one carrier in refueling and complex overhaul and one carrier in an extended maintenance availability at any time. The proposal allows reallocation of aircraft to the remaining wings to improve readiness, and it improves air crew proficiency and combat readiness by reducing the dwell time between air wing deployments, which currently can be four years for those wings attached to carriers in extended maintenance phases. Overall this approach provides the best balance for supporting the long-term carrier force structure and the optimized fleet response plan.”

Vice Admiral Mike Shoemaker, commander of Naval Air Forces Command, said in a statement provided to USNI News that the move makes the most sense for operational forces.

“As a force provider for our Fleet and Joint Force Commanders, we must continually assess and balance current and future operational requirements,” the air boss said. “Restructuring to nine carrier air wings is the most efficient use of those operational forces to meet global requirements. Carrier strike group warfighting readiness and operational availability also improve by providing predictable rotations for squadrons, while reducing excessive time between deployments when carriers undergo lengthy maintenance availabilities.”

A source familiar with the budget submission told USNI News that the move would save $926 million over the five-year Future Years Defense Program (FYDP) through operational and personnel savings. No personnel would be cut as a direct result of the air wing deactivation; however the Navy plans to reduce the size of the force by 4,400 by the end of Fiscal Year 2017 compared to 2016 through natural attrition, and the air wing deactivation would be one component of decreasing the service’s end strength.

The CVW-14 aircraft would be moved to other squadrons, boosting readiness in those squadrons and reducing daily costs of operating and maintaining the planes. The Navy’s Fiscal Year 2017 budget request includes operations and maintenance funding for nine carrier air wings, according to official documents.

Today, the Navy has 10 aircraft carriers and 10 carrier air wings. However, for the foreseeable future one aircraft carrier will always be in a four-year Refueling and Complex Overhaul. In the event of war, that carrier could not be brought out of the yard to deploy – so the Navy feels confident it can still meet any surge requirement with just nine air wings, according to the source. In addition to the one carrier in RCOH, there is generally at least one other carrier in deep maintenance, further reducing the ability of carrier air wings to train at sea. In fact, five of the 10 aircraft carriers were in maintenance late last year, leaving only five carriers to deploy and conduct training at sea – and making it harder for the aviators to practice at-sea operations and stay qualified.

The Navy has a statutory requirement to maintain a fleet of 11 aircraft carriers, though lawmakers temporarily waived the requirement – the former USS Enterprise (CVN-65) decommissioned in 2012, and the future Gerald R. Ford (CVN-78) will deliver later this year. There is also a requirement to have 10 air wings, so the Navy will have to ask the House and Senate armed services committees to allow the reduction in air wings in the annual defense policy bill.

The deactivation of CVW-14 may not come as a surprise to some. In 2011 the Navy made plans to shut down the air wing, but Congress included in the FY 2011 National Defense Authorization Act that the service must “maintain a minimum of 10 carrier air wings and a dedicated and fully staffed headquarters for each carrier air wing,” according to a 2012 Navy press release. In a March 20, 2012, memo, the Navy ordered U.S. Pacific Fleet and U.S. Naval Air Forces to reverse the deactivation process and retain CVW-14.