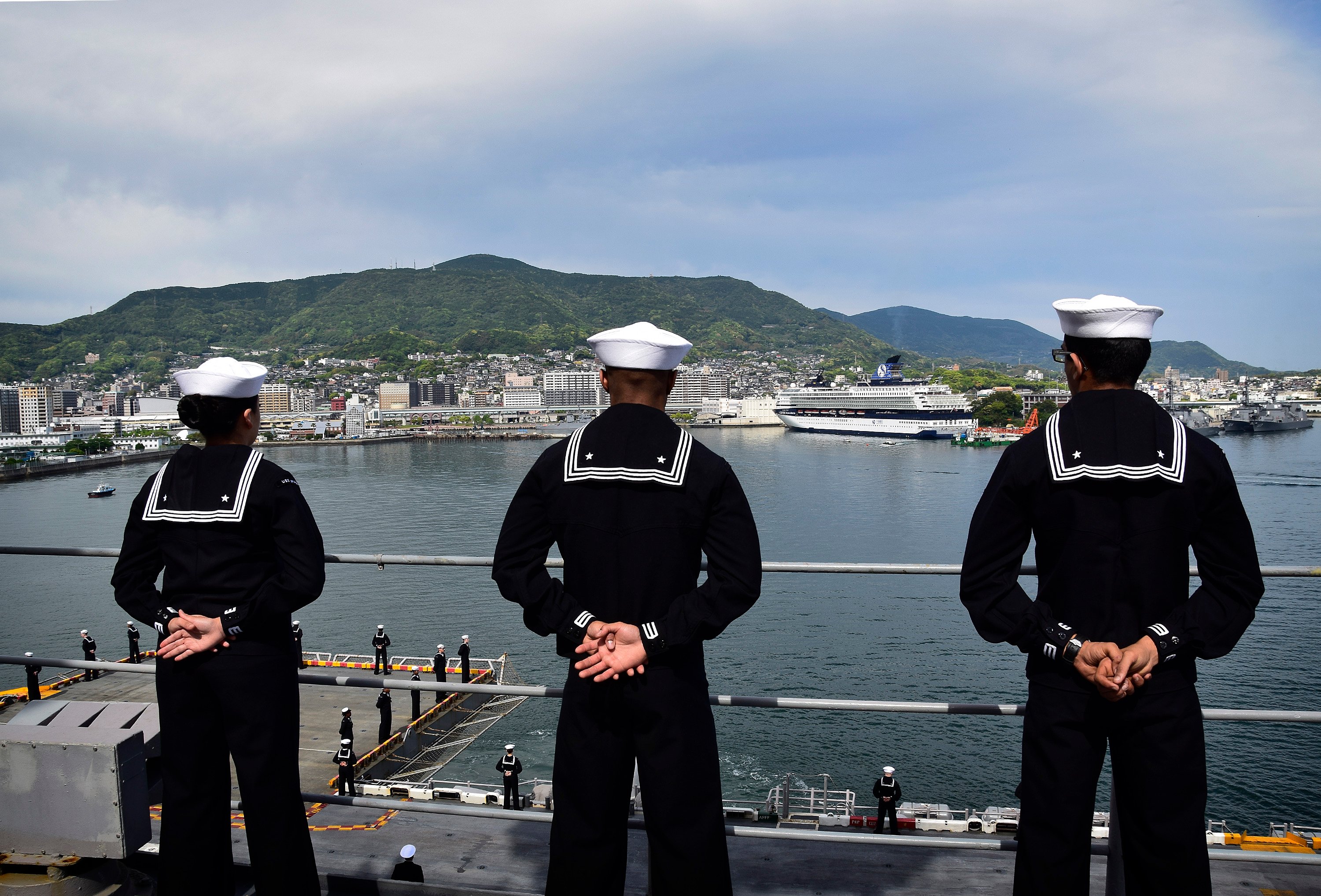 Sailors man the rails aboard the amphibious assault ship USS Wasp (LHD-1) as the ship returns to Sasebo, Japan on April 26, 2018. US Navy Photo

THE PENTAGON — The Navy is extending initial tour lengths for forward deployed enlisted sailors in an attempt to cut down on the constant churn of personnel passing through ships based overseas.

END_OF_DOCUMENT_TOKEN_TO_BE_REPLACED 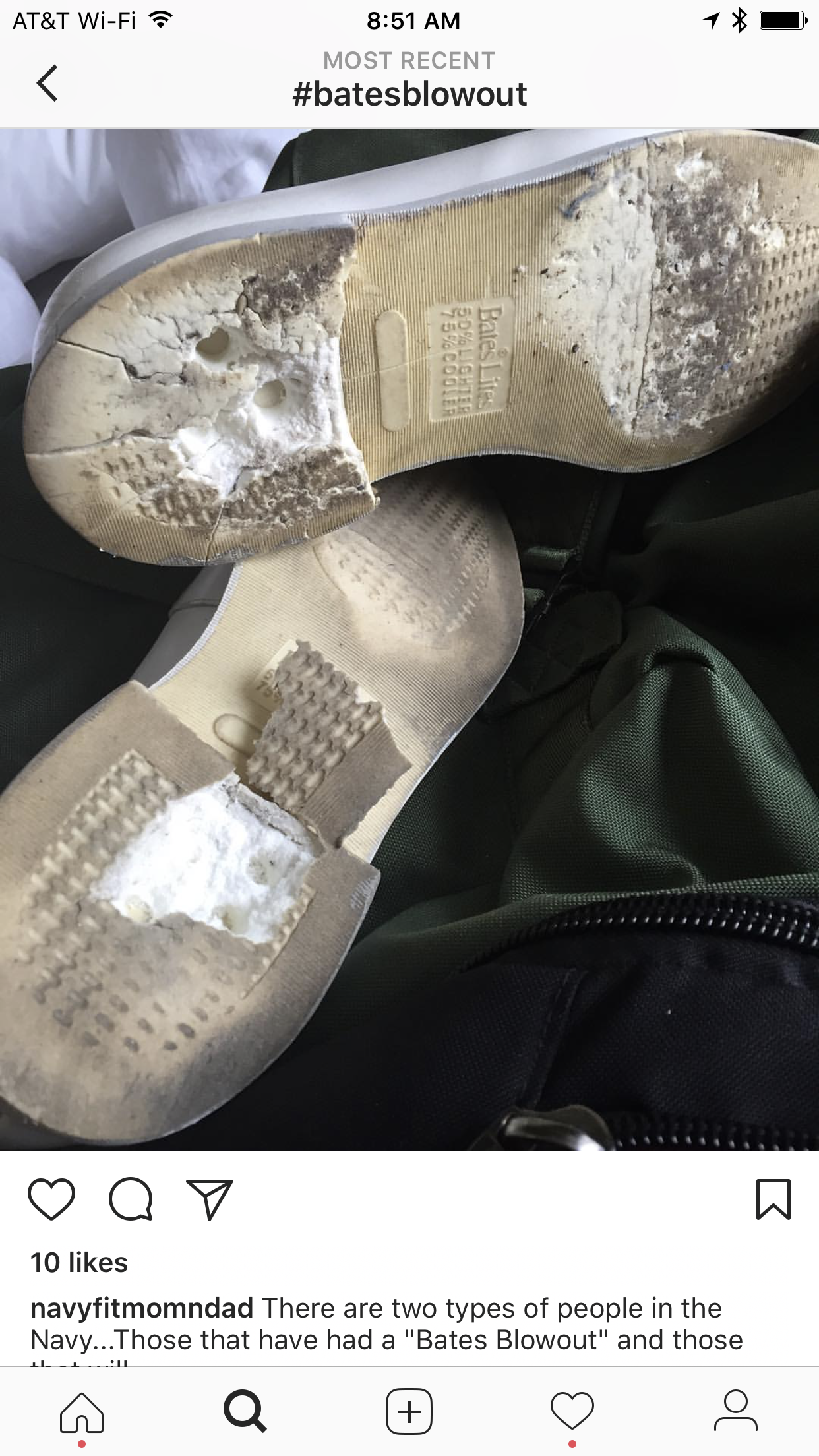 Just days away from her second son’s due date, uncomfortable in an ill-fitting pregnancy uniform, Lt. Cmdr. Lauren Hanzel, had no idea her pair of black Bates Oxford-style shoes were about to fail during an awards ceremony. END_OF_DOCUMENT_TOKEN_TO_BE_REPLACED 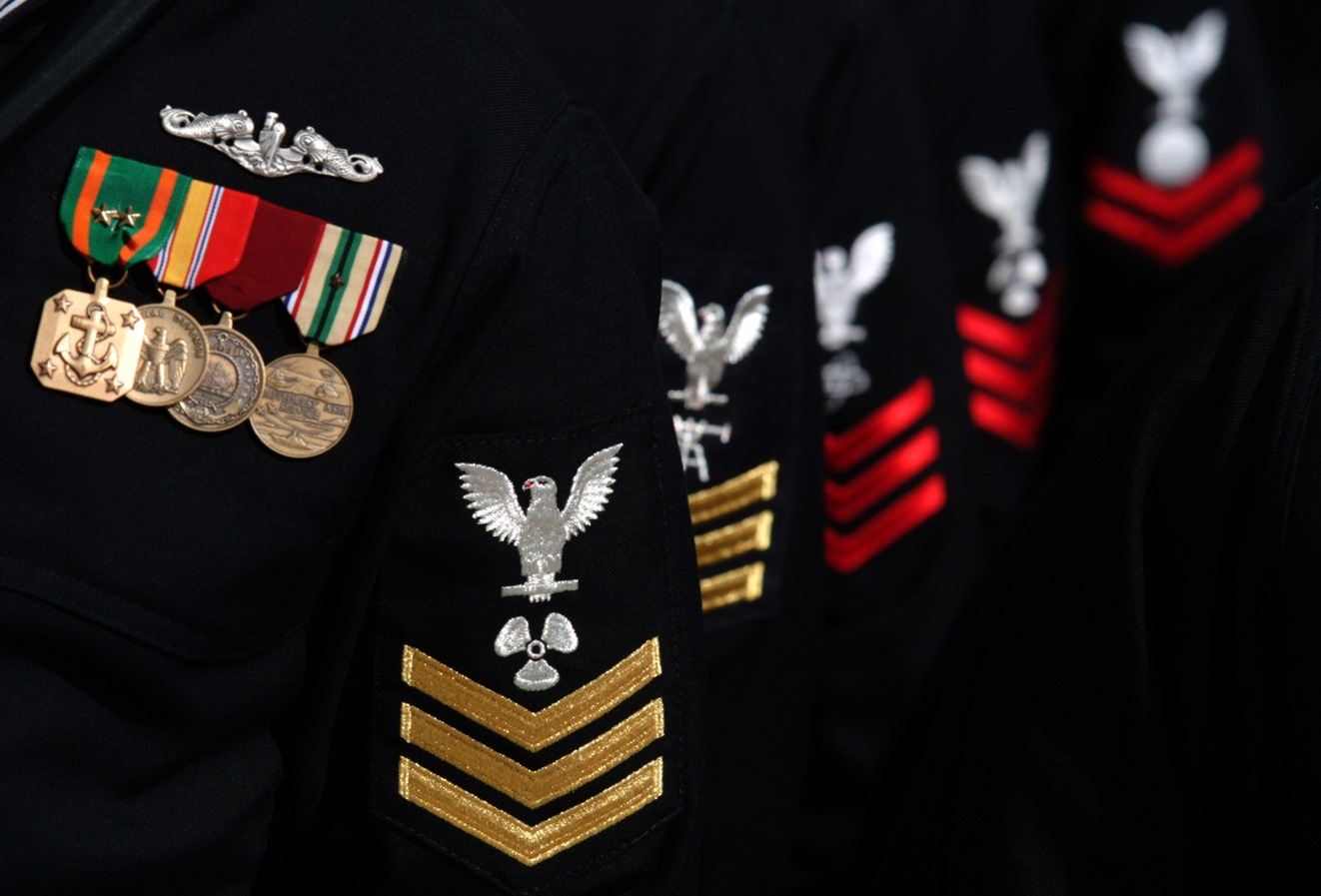 The Navy is performing a brisk about-face on a controversial plan that shelved ratings titles for enlisted sailors, according to a message Chief of Naval Operations Adm. John Richardson that was set for release on Wednesday morning but was leaked on social media on Tuesday night. END_OF_DOCUMENT_TOKEN_TO_BE_REPLACED

The following is a selection of opinion pieces from the November issue of Proceedings and other outlets that discuss the service’s decision. END_OF_DOCUMENT_TOKEN_TO_BE_REPLACED

After more than 200 years, the Navy is making a fundamental change in how it will address its enlisted sailors, according to a notification on the new policy obtained by USNI News. END_OF_DOCUMENT_TOKEN_TO_BE_REPLACED

The following is a Sept. 29, 2016 NAVADMIN message outlining planned changes to the Navy’s enlisted personnel system obtained by USNI News. A previous version of this post featured a draft version of the message.  END_OF_DOCUMENT_TOKEN_TO_BE_REPLACED 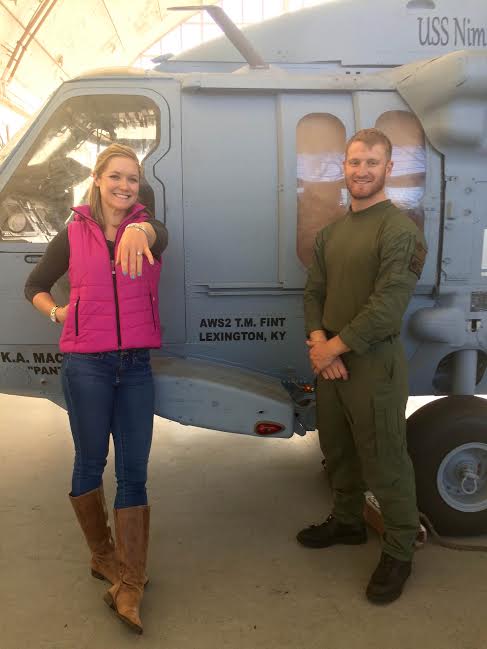 SAN DIEGO, CALIF. – As missions go, this one was easy: Fly an MH-60S Knighthawk across San Diego Bay so the helicopter could be displayed at the WEST 2015 conference. END_OF_DOCUMENT_TOKEN_TO_BE_REPLACED 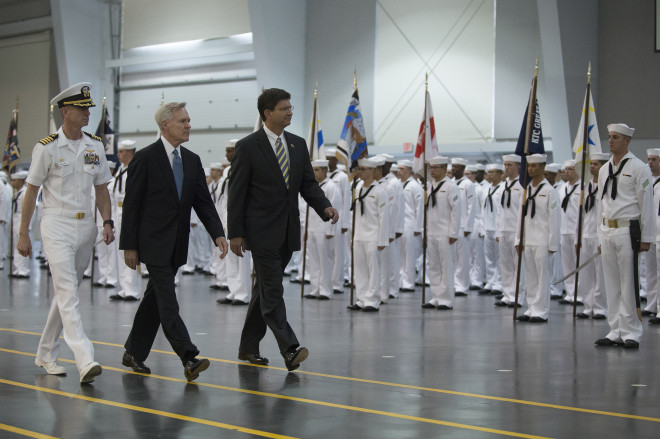 As I sat in my windowless office at the Washington Navy Yard on “lockdown” all day on Sept. 16 — unable to see or hear any of the mayhem that was occurring outside and also unable to assist, I felt helpless.

END_OF_DOCUMENT_TOKEN_TO_BE_REPLACED 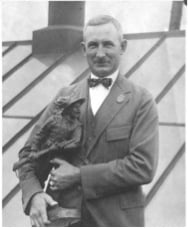 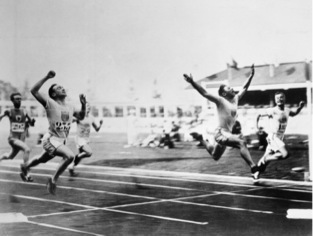