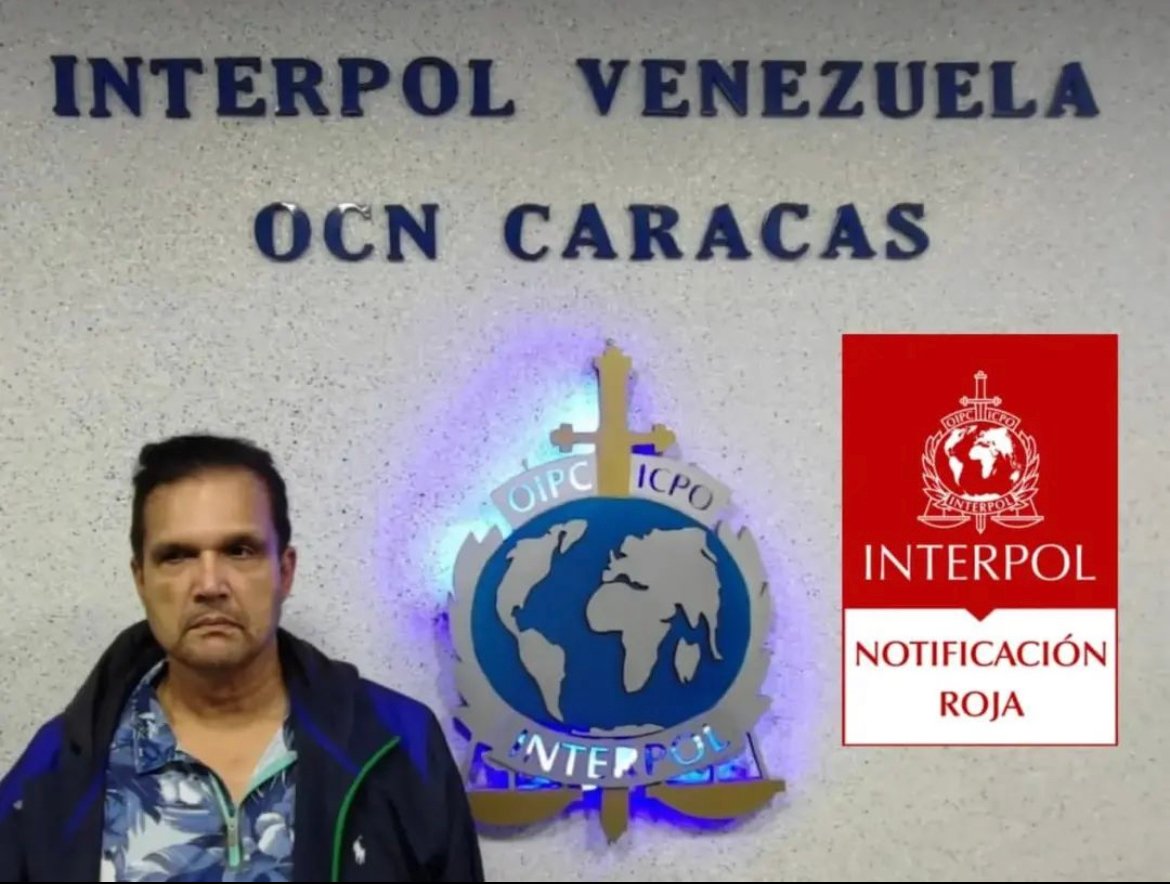 After two weeks on the run, authorities in Venezuela arrested former defense contractor Leonard “Fat Leonard” Francis as he attempted to board a plane to Russia, officials said late Wednesday.

Francis was detained by Venezuelan authorities at the Simon Bolivar International Airport in Maiquetía on Tuesday morning, Interpol Venezuela Director General Carlos Garate Rondon said in a post on Instagram.

Francis “had entered the country from Mexico with a stopover in Cuba to then proceed… [to the] Federal Republic of Russia,” Rondon said in a translation of the post from the original Spanish.
“The detainee will be handed over to our judicial authorities in order to initiate extradition procedures.”

The U.S. Marshall Service confirmed the dentition by Venezuelan authorities to reporters on Wednesday night, according to NBC. The U.S. issued a $40,000 reward for Francis’ capture. The timeline for returning Francis to the U.S., is unclear. 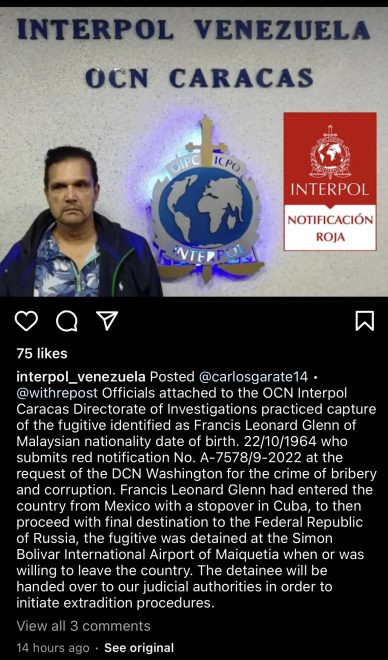 On Sept. 4, Francis cut off his GPS tracker and escaped house arrest from a multi-million dollar home outside of San Diego where he had been living with family members in an arrangement agreed to by a federal judge, USNI News previously reported.

The arrest came the day before Francis scheduled sentencing for more than a decade of bribing U.S. Navy officials to get advantages in ship-husbanding contracts and overcharging the U.S. government $35 million for support to warships in the Western Pacific. The sentencing hearing was rescheduled for Dec. 14.

As part of his 2015 plea arrangement, Francis pleaded guilty to conspiracy to commit bribery, bribery and conspiracy to defraud the United States, but his sentencing was kept open while he cooperated with the wider probe overseen by the Department of Justice.