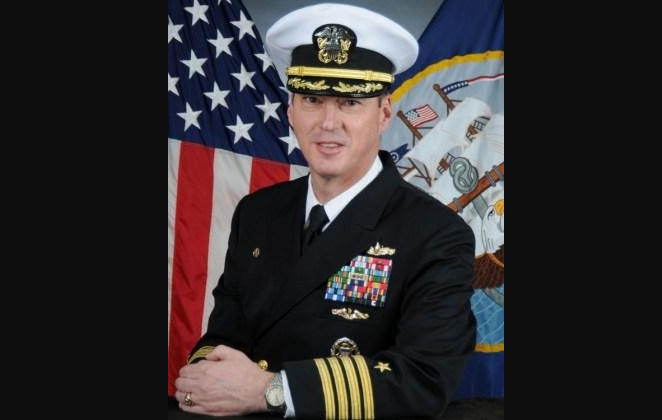 Former Capt. Donald Gayle Hornbeck handed over sensitive, classified ship-movement information and helped Leonard Glenn Francis recruit and manage a network of naval officials in a long-running conspiracy that traded kickbacks for lucrative husbanding contracts for GDMA to support U.S. Navy ships’ port visits in the region, according to the plea agreement.

Hornbeck, 61, appeared in federal court in San Diego, Calif., on Wednesday and, as part of the plea agreement, agreed to repay the Navy $67,830 in restitution for items he “corruptly accepted and received directly,” the restitution document stated. He faces up to 15 years in prison and a $250,000 fine when he is sentenced on Sept. 8, 2022, by U.S. District Judge Janis Sammartino.

Francis, known as “Fat Leonard,” was president of Singapore-based GDMA until his 2013 arrest and subsequent indictment in a federal investigation into the corruption and fraud conspiracy involving scores of military officials and contractors that investigators believe steered more than $35 million in Navy contracts to GDMA.

Hornbeck’s relationship with Francis took root when the officer served in 7th Fleet, beginning in August 2005, as the assistant chief-of-staff for operations with Commander, Task Force 70 aboard the former USS Kitty Hawk (CV-63) and then as 7th Fleet’s deputy chief of staff for operations, or N-3, a job that oversaw and directed operations of combatant ships in the region.

“While scores of Navy people were partying with Leonard Francis, a massive breach of national security was in full swing,” U.S. Attorney Randy Grossman said in a news release. “Today, another participant has admitted that he lost his way, allowing greed to replace honor and duty as the driving force in his life. This is a day of reckoning for a captain who traded his honor and integrity for material pleasures.”

In the plea agreement, Hornbeck – also known as “Bubbles” – admitted to trading information about ships’ movements and planned port calls for gifts that included receptions and parties with prostitutes, and he became a point man for Francis to recruit others within 7th Fleet’s staff to join the growing conspiracy. Along the way, the captain pitched his services to work for Francis out of San Diego several times.

Court documents detail some of the gifts, including a late-January 2008 extravaganza that included rooms at the Hong Kong Marriott that cost $626 per night, paid for by Francis, and an eight-course, $18,371 dinner at the restaurant Petrus.

Afterward, Hornbeck thanked Francis by email, writing: “Just wanted to send a quick note to say thank you for including me in the get-together last night. Really enjoyed talking to you – and the food, music and wine were wonderful… As we briefly discussed, it looks like I’ll be leaving the Navy around June 2009. Not sure whether I will stay in this job until retirement, or if I’ll get orders back to the United States later this year. In any event, if you are still considering opening and [sic] office in San Diego in the near future, I would very much be interested in being a part of that.”

In the spring of 2008, Francis provided Hornbeck and others with parties that included prostitutes at the Conrad Hotel in Bangkok, Thailand, at Singapore’s Shangri-La Hotel and at the Makati Shangri-La Hotel in Manila, Philippines, according to the plea agreement. The Manila party cost Francis more than $50,000 in room and alcohol charges, and Francis emailed Hornbeck a naked photo of one of the prostitutes who was at the Manila party.

Hornbeck is one of the “GDMA 9” – a group of eight Navy officers and one Marine Corps officer, all former 7th Fleet officials – indicted in March 2017 by a federal grand jury for what federal prosecutors then described as “acting as a team of moles for a foreign defense contractor, trading military secrets and substantial influence for sex parties with prostitutes, extravagant dinners and luxury travel.”

He is the fifth of those nine to plead guilty. A federal trial of the remaining four defendants is slated to begin Feb. 28, according to prosecutors.

So far, 29 of the 34 military officials charged by U.S. prosecutors in the “Fat Leonard” scandal have pleaded guilty. Dozens of other Navy personnel allegedly part of Francis’ criminal network reportedly were investigated for their roles in the scandal and faced possible administrative actions by the service. A handful received administrative punishments, including Navy secretarial censure, but the Navy to date has not publicly detailed the results of all administrative or punitive actions connected to Francis.