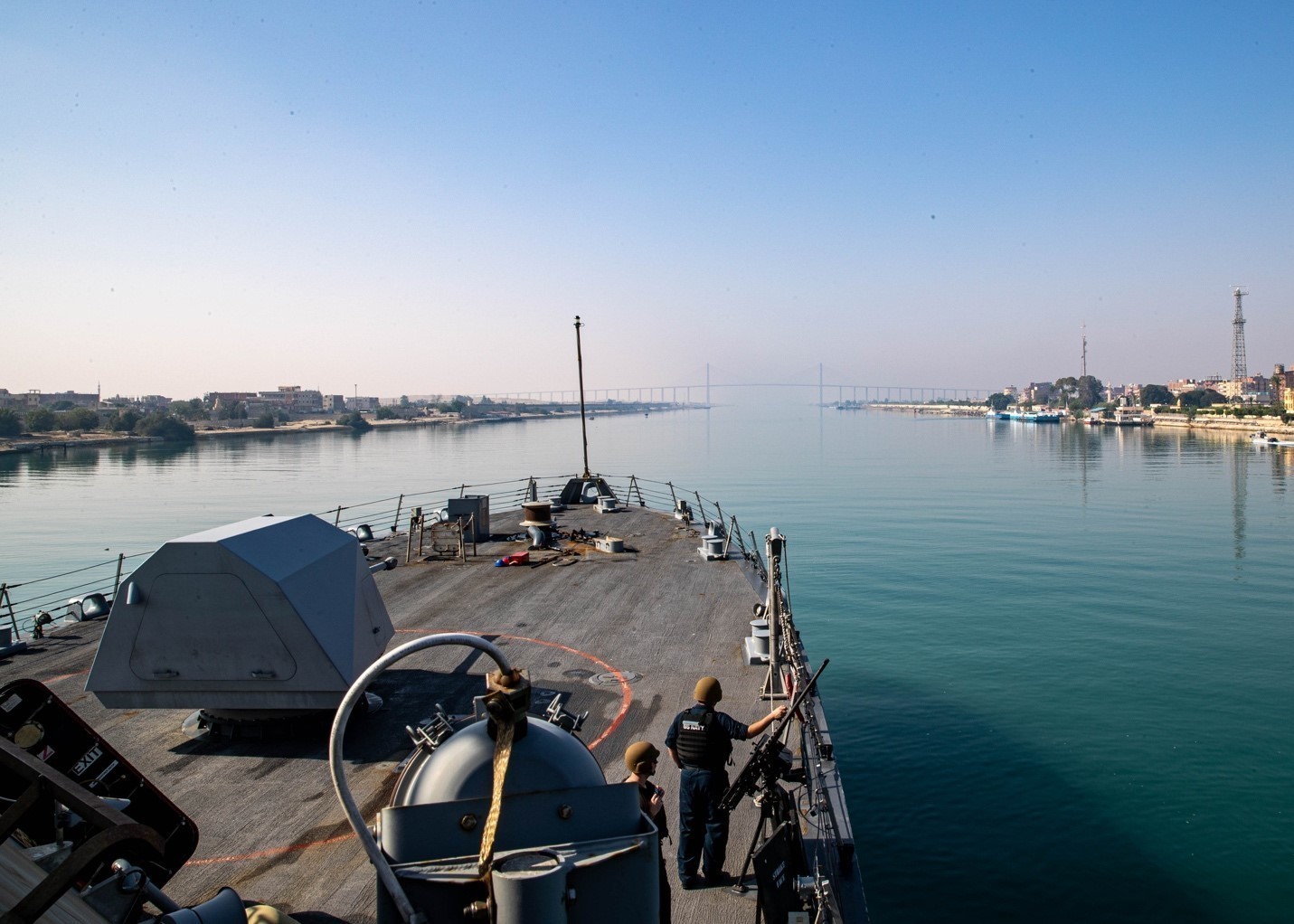 In a first for the class, a Freedom-variant Littoral Combat Ship is now operating in the Persian Gulf.

USS Sioux City (LCS-11) chopped into 5th Fleet on Saturday after operating in U.S. 6th Fleet for nearly a month.

“We’re excited to welcome a littoral combat ship to the Middle East for the first time,” U.S. 5th Fleet commander Vice Adm. Brad Cooper said in the release. “Sioux City’s arrival is not only historic but essential to regional maritime security given its immediate integration with our new multinational naval task force.”

The deployment to the Middle East could be the last for Sioux City, which the Navy is seeking to decommission as part of its Fiscal Year 2023 budget proposal.

The Freedom variant ships have faced two significant problems in recent years: a class-wide issue with the combining gear that marries the gas turbines to the ship’s diesel engines and difficulty fielding the planned anti-submarine warfare package for the LCS Mission Module program. 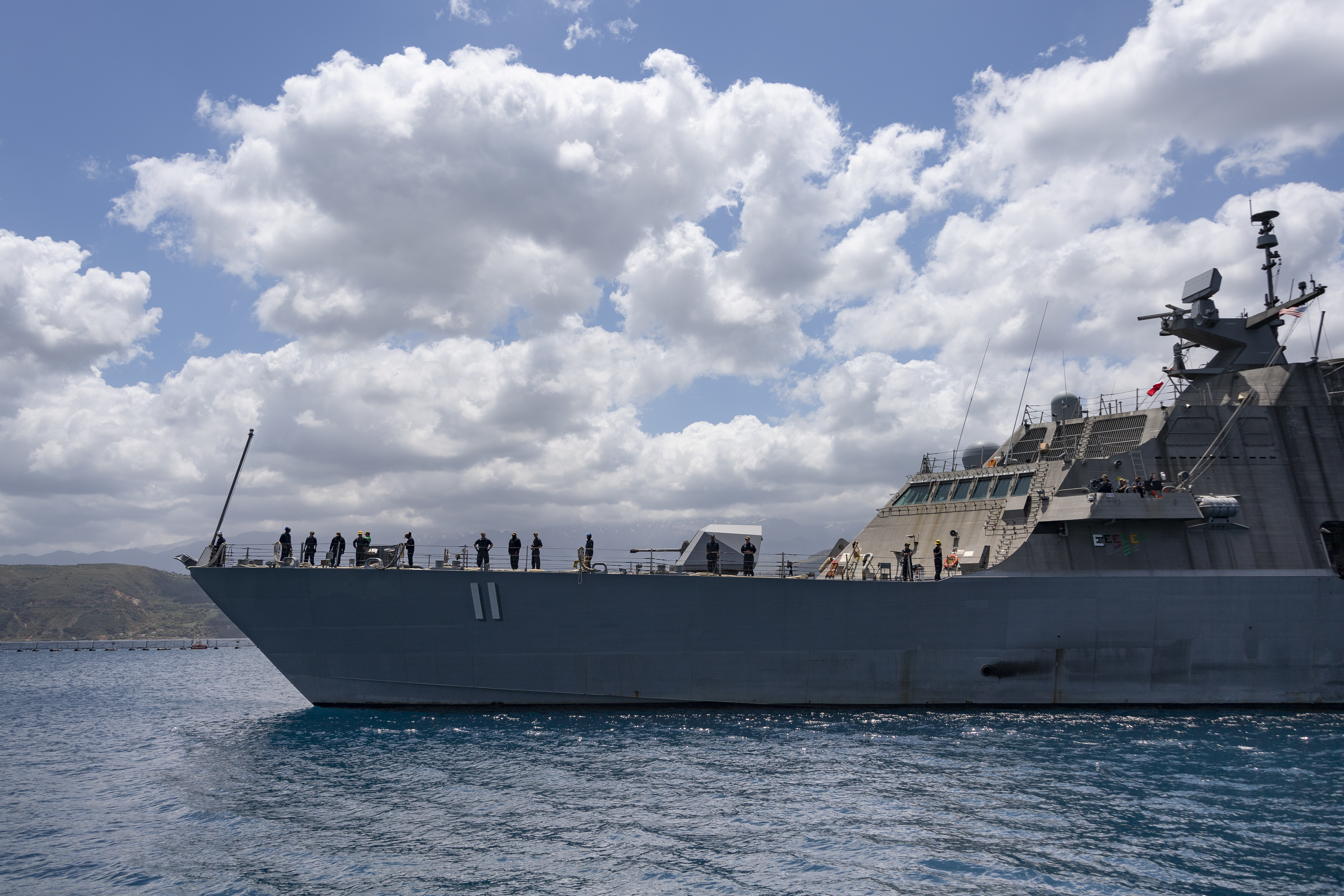 The propulsion issue with the combining gear, discovered throughout 2020, led the Navy to halt deliveries of the Freedom-class ships in early 2021. The issue also paused Navy plans to forward deploy Freedom-class ships to Bahrain in the Persian Gulf, USNI News previously reported.

When the service unveiled its FY 2023 budget proposal, the Navy proposed decommissioning every Freedom-class ship in the fleet at the time. Chief of Naval Operations Adm. Mike Gilday sought to justify the decision in testimony last week to the Senate Appropriations Committee defense subcommittee.

“Unfortunately the Littoral Combat Ships that we have, while the mechanical issues were a factor, a bigger factor was the lack of sufficient warfighting capability against a peer competitor in China. A key factor in the determination was the anti-submarine warfare package that was being developed for the Freedom-class hull that just were ineffective. And so we refused to put an additional dollar against that system that wouldn’t match the Chinese undersea threat. That was a primary driver, sir, in leading us to determine that those ships relative to others, just didn’t bring the warfighting value to the fight,” Gilday told lawmakers.

The Navy also canceled the ASW mission module for the Freedom hulls after struggling to field Raytheon’s AN/SQS-62 variable depth sonar (VDS) on the ships.

Sioux City, based at Naval Station Mayport, Fla., commissioned in 2018.

“Now, in terms of what are the options going forward with these ships, I would offer to the subcommittee that we should consider offering these ships to other countries that would be able to use them effectively,” Gilday told Sen. Jerry Moran (R-Kan.). “There are countries in the southern, in South America, as an example as you pointed out, that would be able to use these ships that have small crews. And so instead of just considering scrapping as the single option, I think there are others that we can look at, sir.”