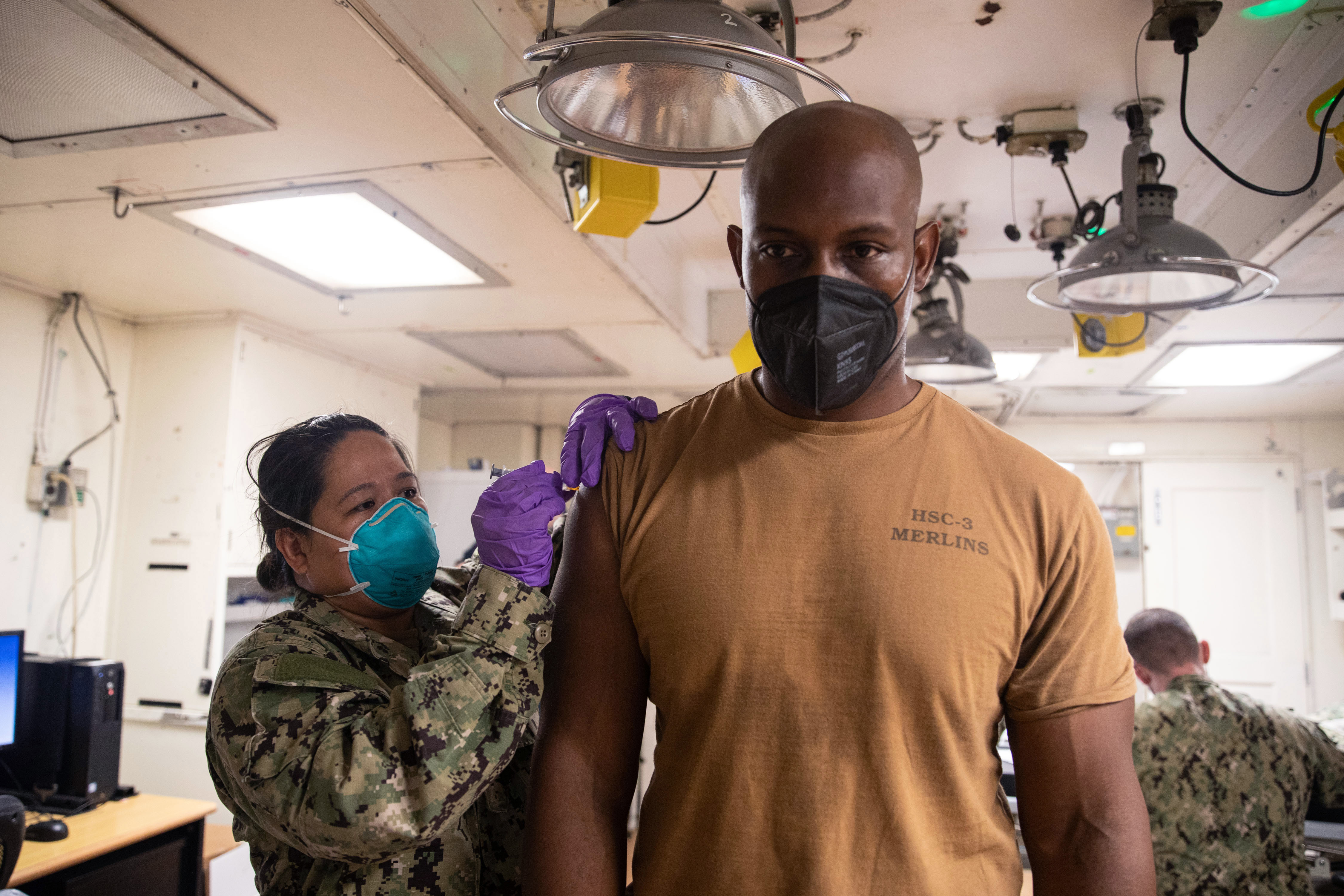 The Navy separated 23 active-duty sailors for refusal to get vaccinated against COVID-19, the sea service announced Wednesday.

The 23 separated sailors were all discharged with an honorable characterization of service, according to the Navy’s weekly COVID-19 update.

All 23 separated sailors were enlisted sailors who were in the Navy less than six years. They ranged in rank from seaman apprentice to petty officer second class, said Lt. Travis Callaghan, a spokesperson for the chief of naval personnel, in an email.

This brings the total number of separations due to COVID-19 vaccination refusal to 45. The other 22 separations were active-duty sailors who were in their first 180 days of service, USNI News previously reported.

As of Jan 26, 5,035 active-duty sailors remain unvaccinated against COVID-19, although this number does include those in the process of being fully vaccinated, those with exemptions and those waiting for adjudication of the waiver requests.

The number of unvaccinated sailors decreased by 78 since last week, which likely includes the 23 separations.

There are 2,960 reservists who are not fully vaccinated, a decrease of seven from the previous week. No reservists have been separated as of Jan. 26.