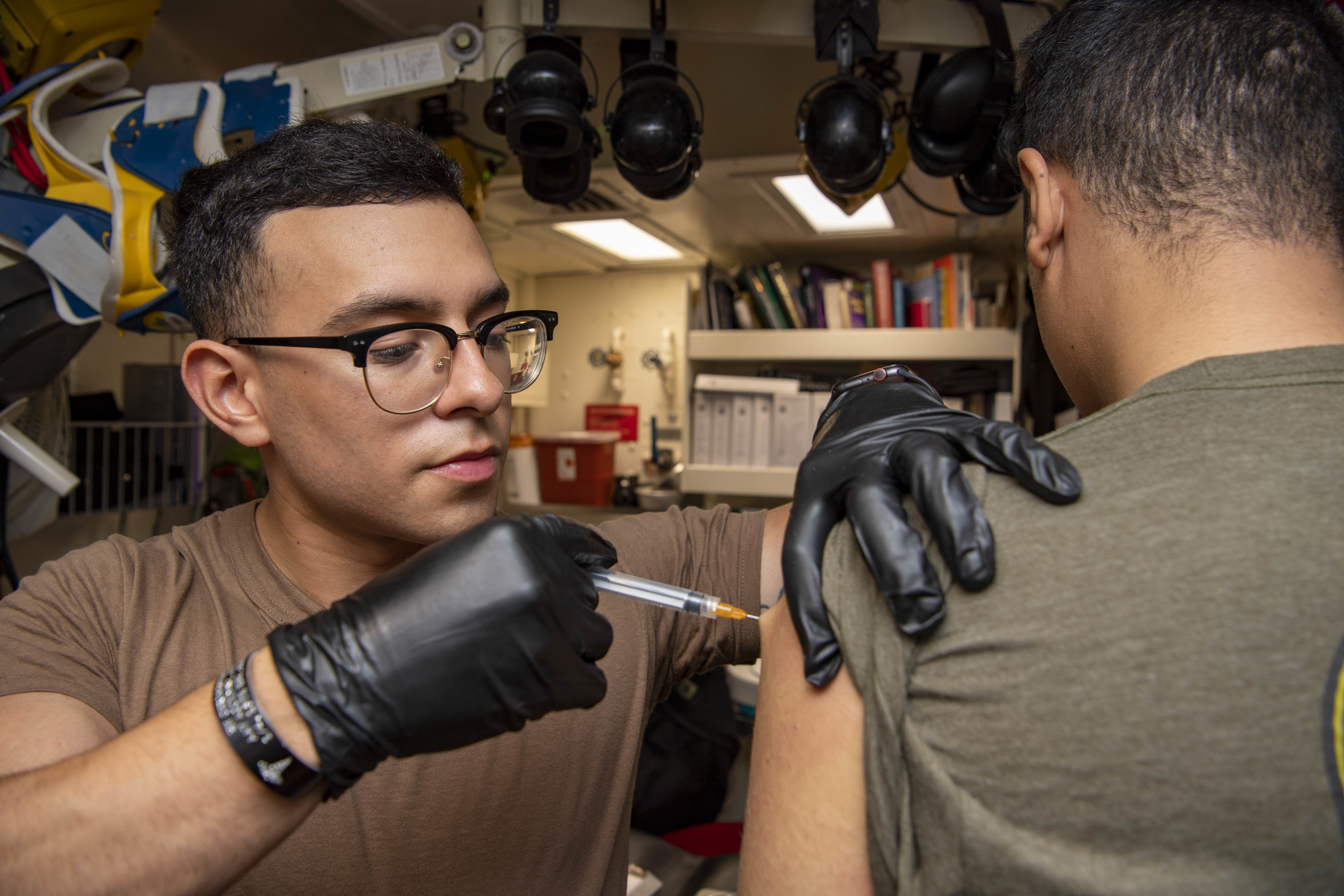 More than 8,000 members of the Navy remain unvaccinated after deadlines for both active-duty and reservists passed.

There are 5,328 active-duty sailors and 3,002 Ready Reserve service members who are unvaccinated, as of Dec. 29, according to the Navy. Included in the number are those who are in the process of getting vaccinated, have an exemption or are waiting for an exemption request to be adjudicated.

It has been over a month since the deadline for active-duty sailors to be fully vaccinated — two weeks post the second of the two-shot Moderna or Pfizer vaccines or the one-shot Johnson and Johnson option. The deadline for Naval reservists was Tuesday.

Cmdr. Lucian Kins, the executive officer of USS Winston S. Churchill (DDG-81), was relieved after he failed to follow a lawful order, USNI News reported. While the Navy did not officially say it was for vaccine refusal, a Navy official told USNI News that Kins refused the vaccine and COVID-19 testing.