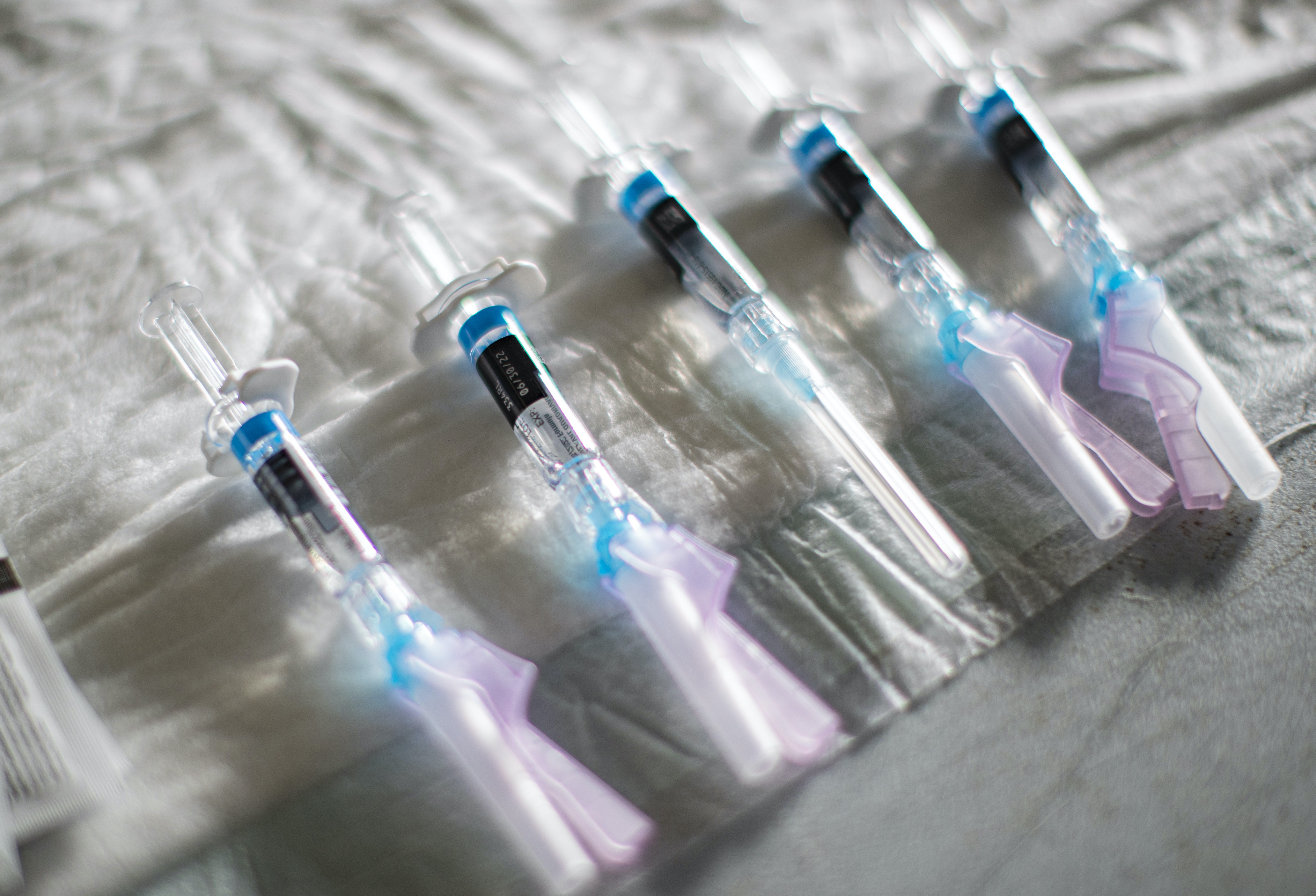 Flu shots are placed at the ready during a large-scale vaccination effort by the New Jersey Air National Guard’s 108th Medical Group at the 108th Wing, Joint Base McGuire-Dix-Lakehurst, N.J., on Nov. 6, 2021. US Air National Guard Photo

The military gave its service members an ultimatum. Get vaccinated or face separation.

Service members were skeptical. A majority of the people who received the multi-shot vaccine reported side effects, and a lack of information from the military-led to misinformation.

While the situation sounds like the one currently facing the military as it issues mandates for the COVID-19 vaccine, the issue was over the anthrax vaccine mandated in 1998.

Faced with the choice of getting vaccinated or leaving, some service members chose the former. The Air Force, in particular, likely saw an estimated 16 percent its guard and reserve force leave, transfer to avoid the vaccine or change their status to non-active in two years, according to a 2002 GAO report.

Inhaled anthrax was a concern for those headed to the Middle East, as the Department of Defense considered it a possible biological weapon that could be used on the battlefield, according to the report.

But despite the concern, the rollout of the vaccine was flawed, with supply issues and adverse reactions causing delays to the vaccination program. Legal woes also plagued the Department of Defense after six service members sued the secretary of Defense, secretary of Health and Human Services and the FDA commissioner, claiming that although the vaccine was FDA-approved, it was not approved to prevent the inhaled anthrax. This ultimately led to the vaccine mandate returning to an informed consent model, which made it voluntary.

Between 1998 to 2004, approximately 500 service members were separated due to their refusal to take the vaccine, said Trupti Brahmbhatt, a senior policy researcher with RAND Corporation.

While the anthrax vaccine is only required by a small number of troops, the legal battles, misinformation and exodus from the military due to the Anthrax vaccine mandate has colored the military’s rollout of the COVID-19 vaccine requirement, Brahmbhatt said. 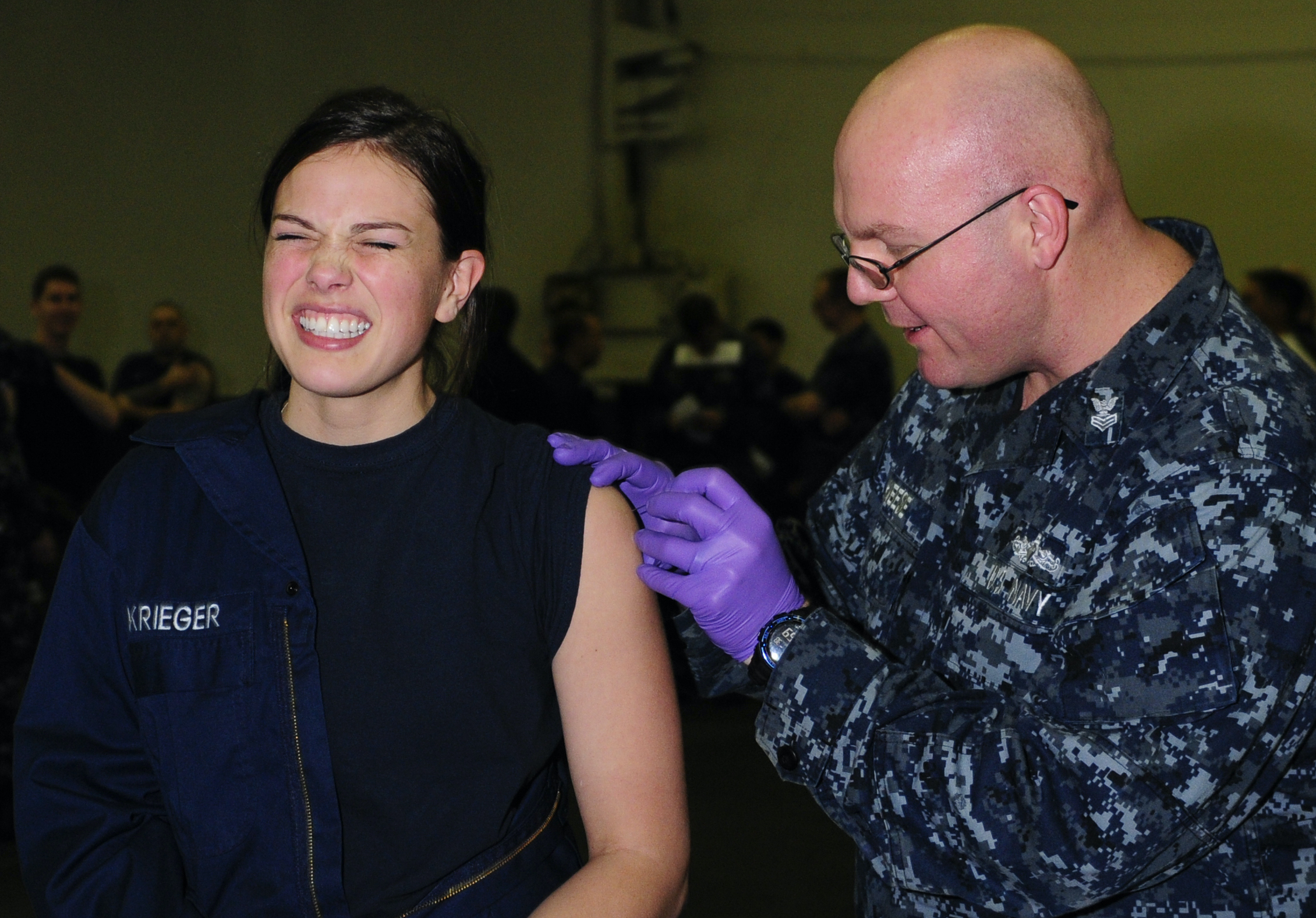 But the services each took their own approach to the mandate, which stems from the repercussions from the anthrax vaccine rollout.

“Here is the problem with the whole service outlook,” Brahmbhatt said. “Services act like this vaccine and issues related to vaccines are service specific. And so services make their own decisions, just like right now, with [the] COVID vaccine. The services have decided to have different timelines for fully vaccinating the force. And also services are putting out their own guidance as to what will happen to the service members who refuse to take the vaccine.”

The Navy and Marine Corps, for example, both set Nov. 28 as the deadline for active-duty members to be fully vaccinated and Dec. 28 for reservists.

The Navy has been clear about its guidelines, Brahmbhatt said, and was also good about showing service leadership getting the vaccine to help encourage vaccination. Incentives, like the ability to get off of a ship during port calls if vaccinated, also helped increase vaccination rates.

Brahmbhatt points to misinformation about both COVID and Anthrax as the reason why there is resistance to the COVID-19 vaccine, similar to what happened with the anthrax vaccine.

People also remember history, and the government has in the past experimented on its service members. That, combined with the speed the COVID-19 vaccine was developed, made people hesitant, she said.

The anthrax issues also made people question the military’s intention with the COVID-19 vaccine. 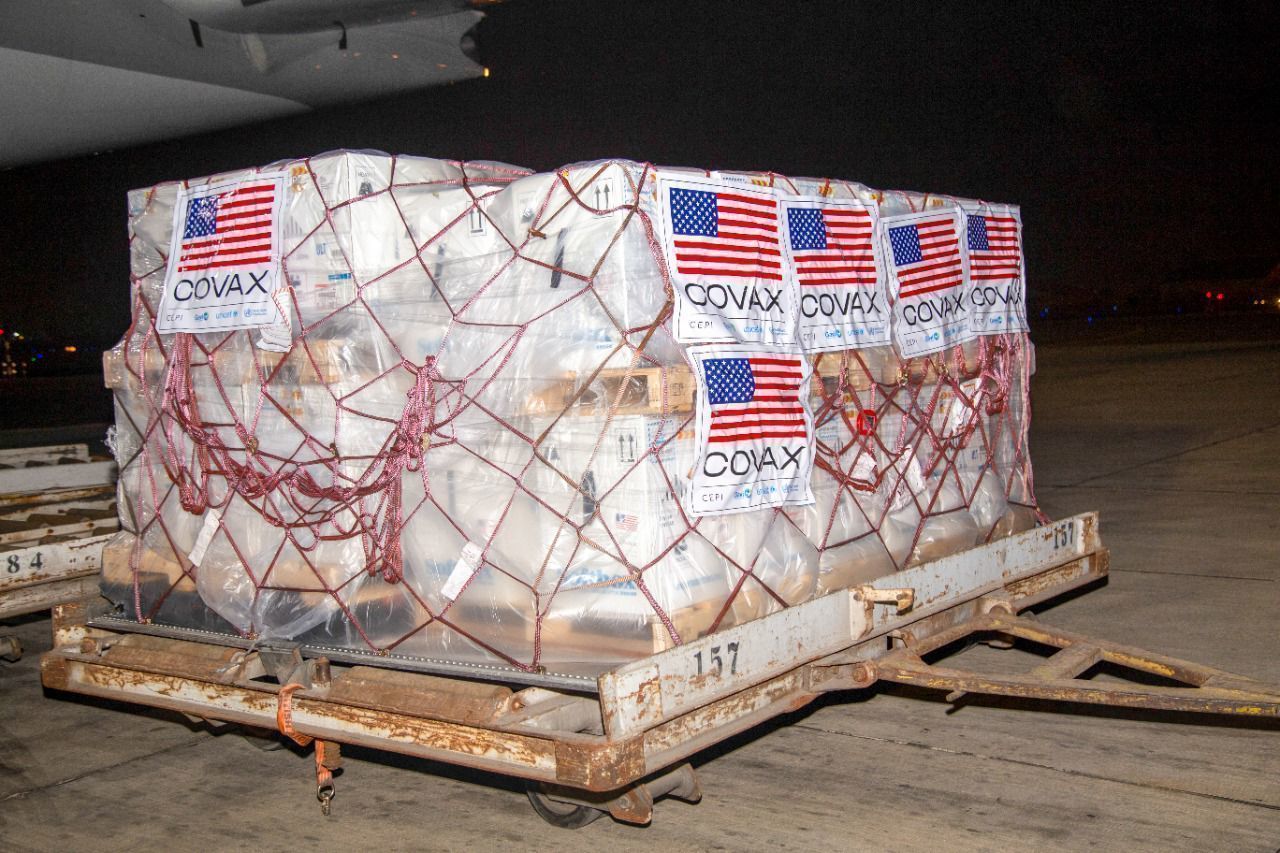 Similarly, the government is remembering its history. The loss of service members from vaccine refusal during the anthrax years affected readiness.

“So mass exodus of people is really something that militaries worry about,” Brahmbhatt said. “Retention is something [the] military worries about.”

While Brahmbhatt understands why Secretary of Defense Lloyd Austin left the mandates to each service, she argues a cohesive, single policy would have been more effective. The services can hurt each other, she said.

For example, the Air Force has a policy that allows people who are retiring to stay in until retirement without receiving the vaccination, Brahmbhatt noted. That can cause the virus to spread among the Air Force, but it also might make other military members in the other branches question why they need to get the vaccine on a different timeline. 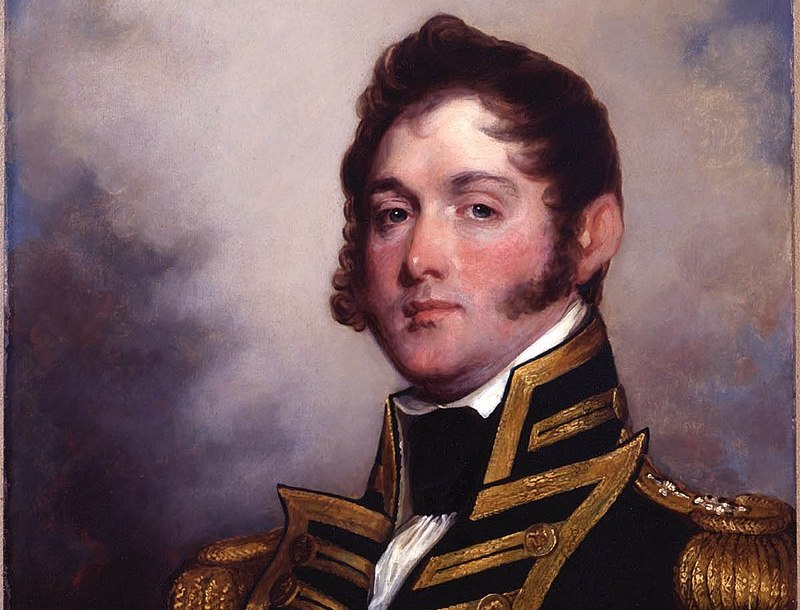 Oliver Hazard Perry required his sailors to vaccinate against smallpox in 1816.

Mandatory vaccination is not new to the armed services. When enlisting and deploying, there are various vaccines a person is required to get. Each year, active-duty sailors are required to get the influenza vaccine, which they do with little fanfare, Brahmbhatt said.

While vaccine mandates are not new to the Navy, neither is vaccine hesitancy.

Vaccination dates back to the Navy’s first years, when the decision to inoculate a crew fell to the captain of the ship, naval historian Andre Sobocinski told USNI News in an email.

In 1816, Oliver Hazard Perry ordered USS Java’s surgeon to vaccinate the crew against smallpox before the ship left for the Mediterranean, Sobocinski said.

“This was not always foolproof,” he said. “For example, Dr. [Usher] Parsons noted that a number of sailors aboard the ship somehow evaded vaccination.”

The smallpox vaccine would become the Navy’s first mandated vaccine on Dec. 1, 1848, Sobocinski said. Secretary of the Navy John Mason was responsible for requiring the vaccine for new recruits at the time of enlistment.

At recruiting stations, Navy physicians were required to note every vaccinated recruit. They were also tasked with reporting quarterly both the number of vaccinated recruits and those who previously had smallpox, the historian said.

“The administration of the smallpox vaccination continued well into the twentieth century and the Navy not only vaccinated its Sailors and Marines but often local populations overseas where the Navy deployed,” he said.

Like anthrax, there are some in the military who are still vaccinated against smallpox, with the Army helping to develop a new version of the vaccine, which received FDA approval in 2019, that would not leave the signature scar.

In 1911, the Navy mandated all sailors and Marines under the age of 45 get vaccinated against typhoid, a vaccine that is still required for some deployments, Sobocinski said. Within five months of the mandate, 50,000 Marines and sailors were vaccinated.

Despite vaccination results — in the case of typhoid, dropping the average cases in 1911 from 19 a month to four after the first month of the mandate — hesitancy against vaccination has continued.

A 2008 study in the Journal of Travel Medicine found that one in five troops surveyed were hesitant about required vaccinations for deployments, although 91 percent said they were vital to readiness.

The Navy has so far boasted high rates of compliance with the COVID-19 vaccine, with 99.3% of active-duty sailors receiving the first dose as of Nov. 3. The Navy has approved six permanent medical exemptions and has not released the numbers for religious exemptions.

The service has not granted a religious exemption in the past seven years, and Brahmbhatt does not see that changing. Although the approval by a chaplain is subjective, especially for chaplains judging religions outside of their own, it also has to be approved by leadership, which weighs how an unvaccinated person will affect the mission and unit cohesion, she said.

Vaccines are part of medical readiness, Brahmbhatt said, which is why they have been mandated. A sick person can infect a unit and prevent it from accomplishing the mission.

Some vaccines have been received with almost universal support, Sobocinski said, like the polio vaccine.

But in the case of the COVID-19 shot, it has gone the route of the anthrax vaccine. The numbers on how many sailors and Marines will leave the service due to the vaccination requirement have not been released by the Department of the Navy.

What is less clear is how the COVID-19 vaccination mandate will affect future ones.