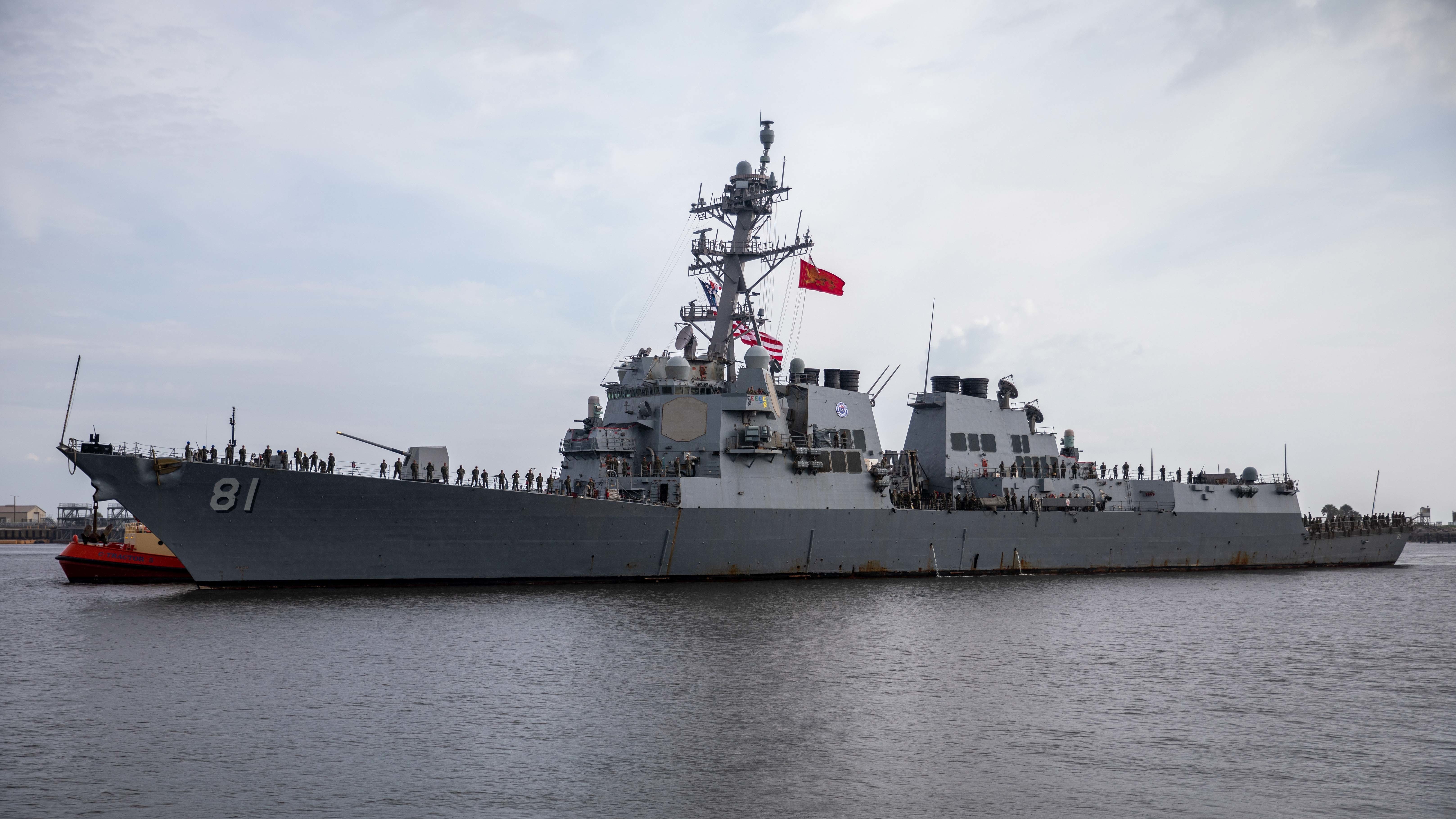 The Navy has relieved the executive officer of one of its Arleigh Burke-class destroyers for “failing to abide by lawful order,” a Navy spokesman confirmed to USNI News.

A Navy official told USNI News that Kins was relieved for refusing to receive both a COVID-19 vaccine and COVID-19 testing.

Churchill‘s plans and tactics officer, Lt. Cmdr. Han Yi, will serve as the executive officer in the interim.

“Kins will be reassigned to the staff of Naval Surface Squadron 14,” Fischer said.

Kins’ dismissal comes as the Navy works to enforce its COVID-19 mandate. All active duty and reservist sailors are required to be fully vaccinated, which is defined as two weeks post either the of the two-shot Moderna or Pfizer regimens, or the one-shot Johnson & Johnson. The Navy’s deadline to be fully vaccinated was Nov. 28.

More than 5,500 active-duty sailors are still unvaccinated, according to a Friday update from the Navy about COVID-19 vaccinations. The 5,731 sailors who are considered unvaccinated include those who are currently in the process of becoming fully vaccinated, those who already received exemptions and those who have still refused the vaccine, USNI News reported earlier today.

The Navy would not disclose how many sailors are facing separation when asked by USNI News earlier today.

Pentagon spokesman John Kirby told reporters today that it’s up to each individual service to determine how they will enforce the vaccine mandate.

The following is the complete statement from the Navy:

Lt. Cmdr. Han Yi, the ship’s plans and tactics officer, is temporarily assigned as executive officer until a permanent relief is identified. Kins will be reassigned to the staff of Naval Surface Squadron 14.”