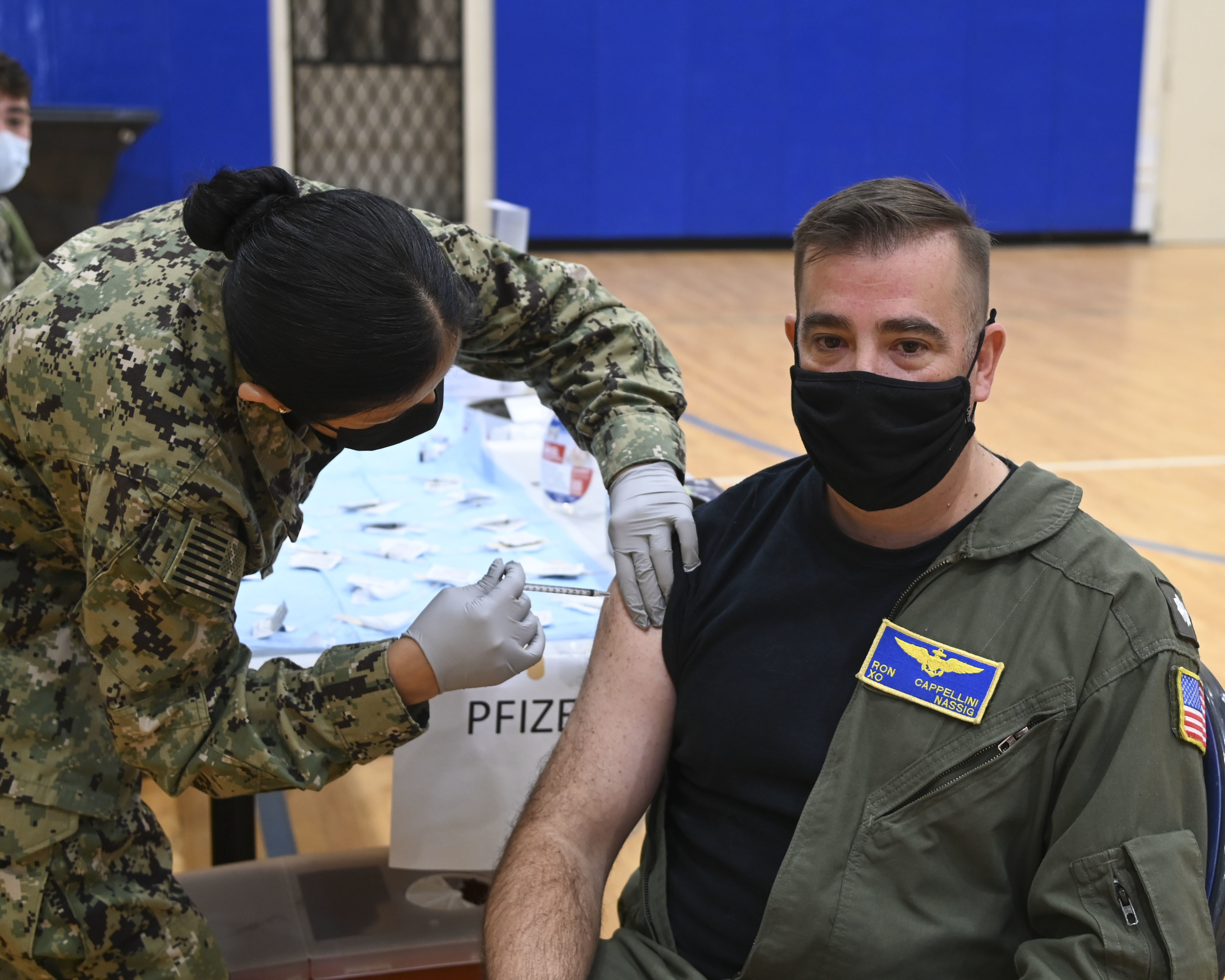 The Pentagon is discussing the possibility of mandating a COVID-19 booster, although no decisions have been made, a department spokesman said today.

The booster is available at military health care facilities for eligible people, said Pentagon Press Secretary John Kirby, who added he got the booster shot at the Pentagon.

While the Pentagon has not mandated the booster, it is discussing whether a mandatory policy would be effective, Kirby told reporters at a Friday press briefing.

The booster shot has been encouraged by the Centers for Disease Control and Prevention, as well as Dr. Anthony Fauci, the president’s chief medical advisor. Pfizer has also claimed its booster offers protection against the new Omicron variant.

Currently, the military has not seen 100 percent compliance with the vaccination mandate. While the Army has not yet reached its Dec. 15 deadline for soldiers to be fully vaccinated, the deadline has passed for the Air Force, Marine Corps and Navy.

More than 5,500 active-duty sailors remain unvaccinated nearly two weeks after the Navy’s deadline, according to the Navy’s most recent COVID-19 update released Friday.

The 5,731 active-duty sailors include those who are in the process of being fully vaccinated, whether they have received one dose or both doses and are waiting to be two weeks post vaccination, Navy spokesman Lt. Cmdr. Andrew DeGarmo told USNI News.

The sea service did receive 2,705 religious exemption requests, an increased number than reported last week, after the deadline had passed. It is unclear what caused the increase.

The Navy is not breaking down how many of the exemptions have been adjudicated or are pending, DeGarmo said. Similarly, the Navy has not released the number of active-duty sailors who are facing separation for refusing the vaccine.

Active-duty sailors who were denied an exemption have five days from being notified of the denial to start the vaccination process, according to the Navy guidance. They also have the option to appeal the denial.

Kirby deflected a question about the Pentagon’s commitment to separating active-duty personnel who refuse the vaccine, referring the question to the services.