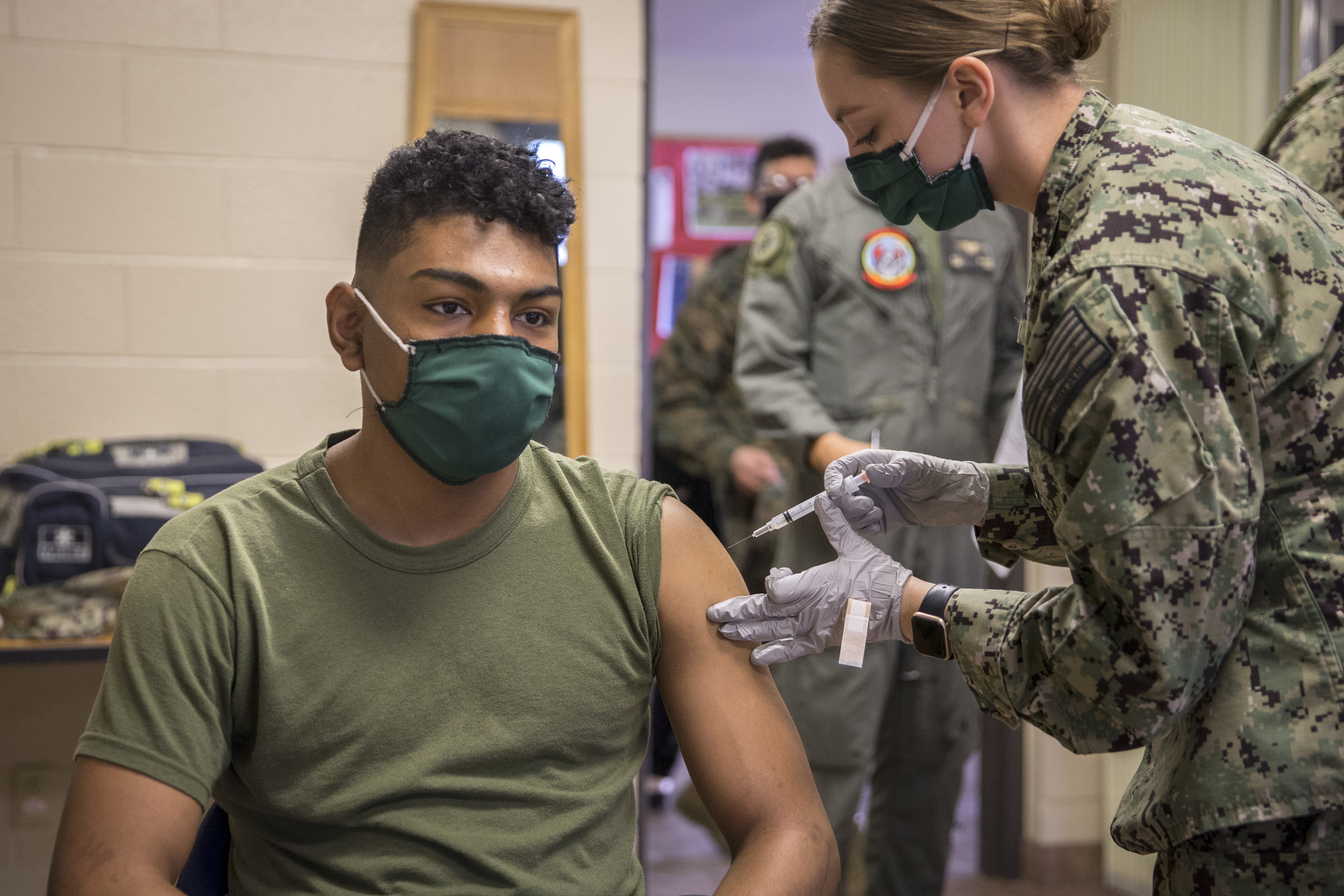 Before heading to recruit training, new military enlistees will first have to sign a statement saying they understand they will need to be vaccinated against COVID-19.

Recruits are required to get the vaccine, regardless of the branch, in accordance with the guidance that mandate vaccines for service members.

Recruits who enlist with the Marines who are not vaccinated will have to sign a statement of understanding at the Military Enlistment Processing Station that says they will be vaccinated, James Edwards, deputy director of communication strategy and operations for the Marine Corps Recruiting Command, told USNI News.

Once they arrive at their recruit training, they will be vaccinated as part of their medical processing, Edwards said.

This is likely a similar process for the other branches, Edwards said. Those who are already vaccinated prior to joining the military do not get vaccinated again.

The Marines, as well as the other service branches, are currently in the process of ensuring the forces are fully vaccinated, outside of those who might have an exemption or a pending exemption.

Deadlines for the Marine Corps, Navy and Air Force active-duty personnel to be fully vaccinated — two weeks post the second shot of the Moderna or Pfizer vaccine or the one shot of the Johnson & Johnson version — have already passed. The Army’s deadline is Wednesday.

The Air Force has begun separating airmen who refused to get the vaccine, with 27 members discharged for failing to obey the order, The Washington Post reported.

The Navy has not announced separations, although a destroyer executive officer was recently relieved of his duties for failing to obey a lawful order, USNI News previously reported. The Navy declined to comment on the officer’s vaccination status, but USNI News understands that he was relieved for refusing to receive both a COVID-19 vaccine and COVID-19 testing.

The most recent Navy COVID-19 update listed 5,731 active-duty sailors as unvaccinated, although that number included those who were in the process of being vaccinated, received an exemption or were waiting for a pending exemption, USNI News previously reported.

The sea service received 2,705 requests for religious exemptions, but it is unclear how many had already been adjudicated. The number did increase over the previous week, which was due to requests continuing to come up the chain, said Capt. Dave Hecht, spokesman for the chief of naval personnel.