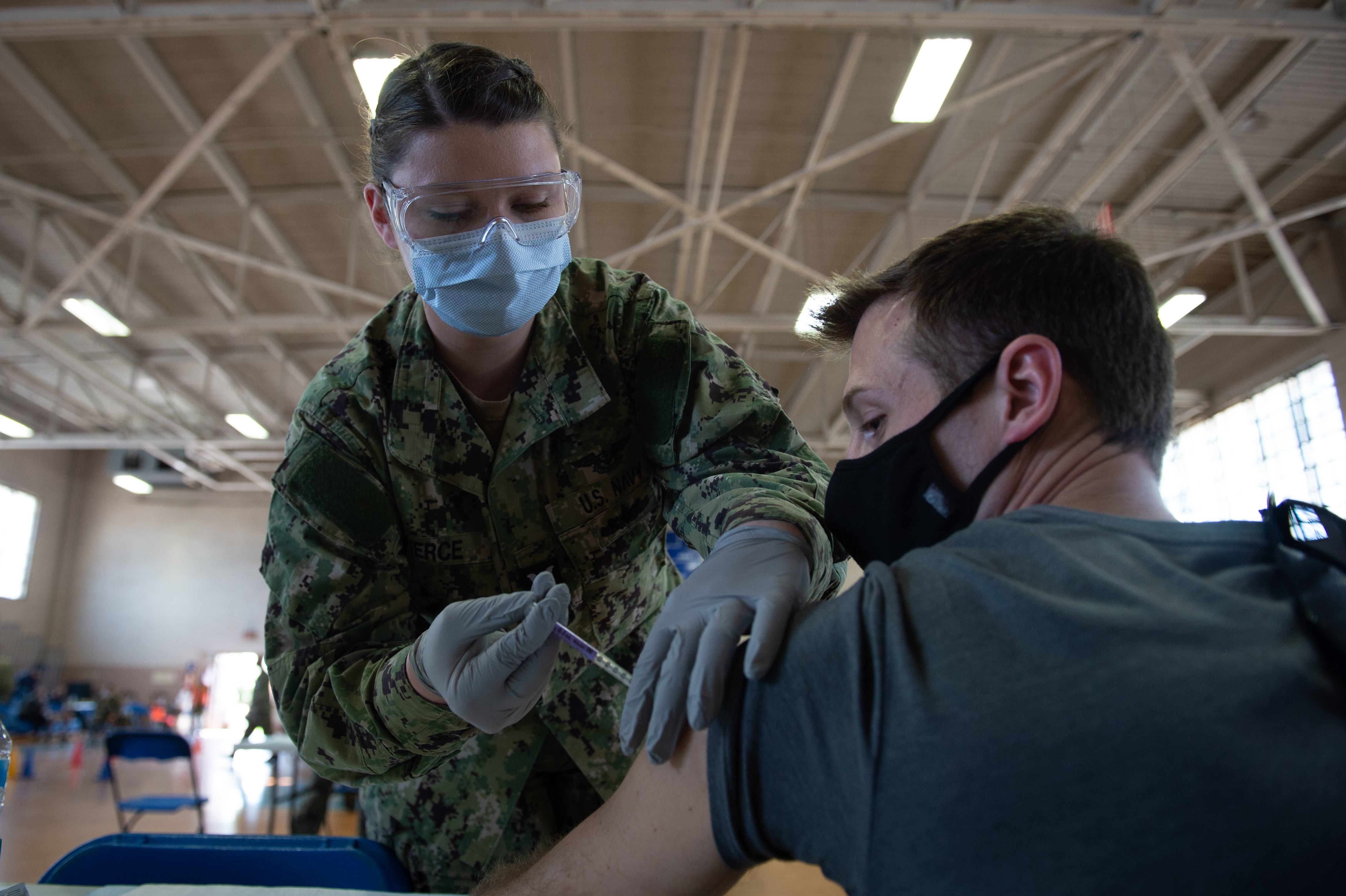 The Navy has 97 percent of its active-duty sailors fully immunized with four days to go before the service’s deadline to be fully vaccinated against COVID-19.

As of Wednesday, at least 99.8 percent of active-duty sailors had received at least one dose of the COVID-19 vaccine, meaning 0.2 percent of sailors face separation for refusal to get the vaccine, unless they have an exemption or a pending one.

It is unclear if the 2.8 percent of sailors who have received the first dose have also received a second dose and will be fully vaccinated by the Nov. 28 deadline. To be fully vaccinated, a sailor must be two weeks post the second shot of the two-dose Pfizer or the two-dose Moderna vaccine, or the one-shot Johnson and Johnson version. This means the sailors would have needed to receive their last dose on Nov. 14. The Navy data does not break out who has received a second shot, but is not yet considered fully vaccinated.

Sailors who are waiting on an exemption that is ultimately denied will have five days to start the vaccination process, USNI News previously reported.

However, sailors who started the vaccination process, including those who may have received the first shot between Nov. 14 and the deadline, could still face administrative action if they are not fully vaccinated by Nov. 28, said Capt. Dave Hecht, a spokesman for the chief of Naval Personnel. That decision will be made by the chief of Naval Personnel, USNI News previously reported.

All active duty sailors had 76 days to get fully vaccinated by Nov. 28, Hecht told USNI News in a Nov. 18 email. Allowing the five days for those denied exemptions allows a reasonable amount of time to start the vaccination process, Hecht said.

“Without that allowance, it would unfairly require an immediate action by the Sailor to commence vaccination as soon as they received notification of denial,” Hecht said. “This allowance ultimately protects a Sailor’s right to submit an exemption request.”

The White House data did not break down vaccination by the different departments under the Department of Defense.