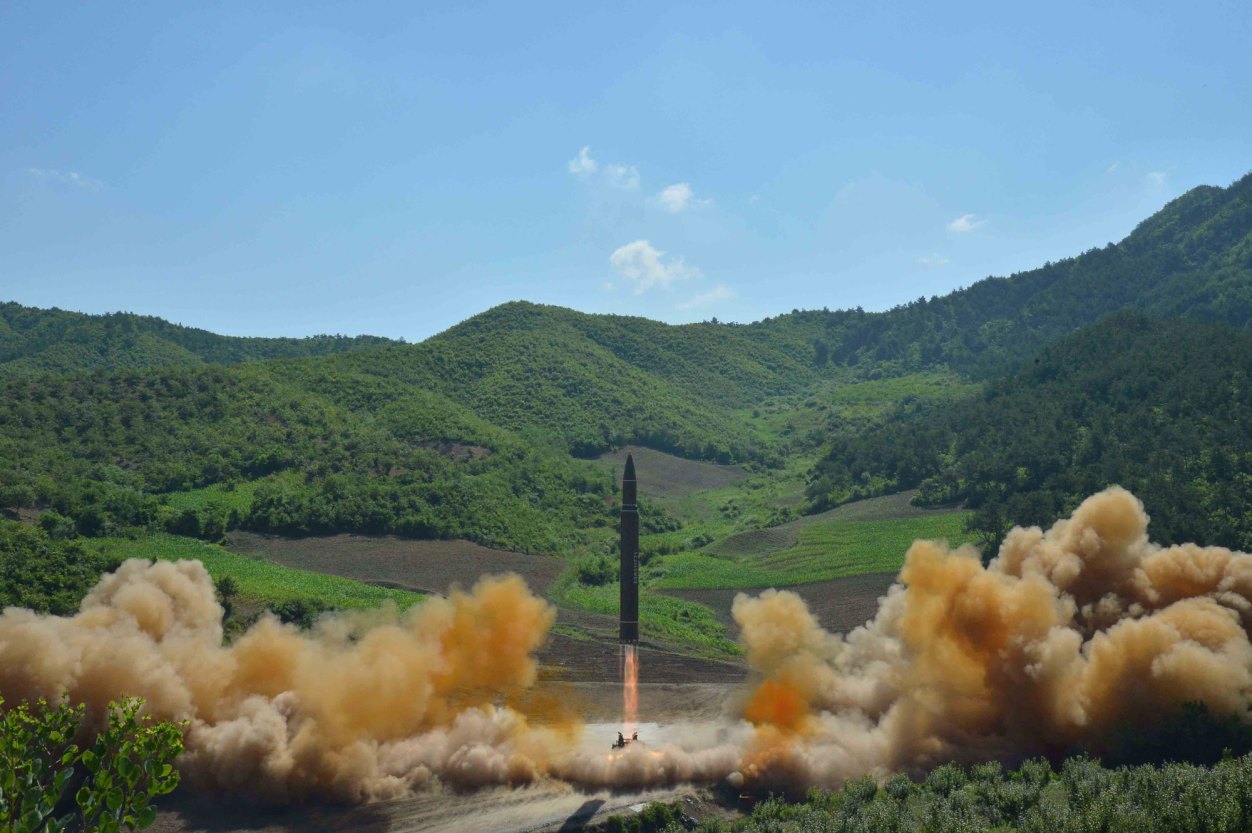 North Korea’s goal in dealing with the U.S. is to have Washington tolerate Pyongyang possessing nuclear weapons, a leading expert on international security said Monday.

Kim Jong Un has “found this very sweet spot,” regarding missile testing without provoking the United States, while also sending out peace feelers to South Korea, Mi Sue Terry, director for Korean history and public policy at the Wilson Center, said at a day-long forum at the Center for Strategic and International Studies.

Washington is “at a worse spot” now in trying to negotiate the denuclearization of the peninsula, she said. Pyongyang “is trying to diversify its weapons” – with an arsenal of land-based, mobile, submarine-launched and cruise missiles with different ranges and payloads.

At the same time, Kim is pushing for “significant sanctions relief” from the sanctions imposed by the United Nations Security Council and the U.S. on North Korea for developing its nuclear weapons program. Terry added the North Korean leader is far more interested in sanctions relief than joining the U.S., China and South Korea in a formal declaration ending the Korean War.

In short, panelists discussing the possibility of denuclearizing the peninsula saw the stalemate continuing, as the South Koreans head to the polls in March to elect a new president to succeed President Moon Jae-in. Moon favored negotiations with Pyongyang and has pressed for a declaration ending the war.

“We’re prepared to take calibrated steps” to reach that goal, but “we have to have a negotiating partner.”

Johnson said that in the administration’s review of Korean policy, it reaffirmed Washington’s commitment to Seoul and Tokyo to come to their defense under security treaties with both if attacked.

Speaking at a later panel, Kim Il-young, an associate professor at Hanyang University, said “the weakest link” in that trilateral security arrangement is the historically sour relations between South Korea and Japan. While there are political opportunities in both countries, with a new government in Japan and one coming in South Korea in May, tensions remain high.

In 2019, a dispute over trade led to a temporary end to the agreement covering three-way sharing of intelligence between the U.S., South Korea and Japan.

“The U.S. has historically applied the pressure to reduce the tensions” between its two allies, but this influence appears to be waning, she added.

Andrew Wong, former deputy special representative for North Korea at the State Department, said closer cooperation among the three “should make complete sense” because the threat is the same from North Korea. They also share economic interests in the Indo-Pacific and all are democracies.

For its own security and economic interest, Seoul “should be looking more seriously” at closer cooperation with Tokyo and Washington, Andrew Yeo, director of Asian studies at Catholic University added.

Although Seoul has not had much success in reaching out to other countries in North Asia, Yeo said South Korea “has always felt more comfortable with the ASEAN [Association of Southeast Asian Nations] model” because China is included in regional discussions over trade, development and borders.

He and other panelists said Seoul was hesitant to get drawn into new security arrangements to counter China, its largest trading partner and close neighbor. “We have these different agendas” when it comes to Beijing, Yeo said.

Yet, Yeo said the Quad – the informal arrangement between the U.S., Japan, India and Australia – has possibilities that could interest in a new South Korean administration, in trade issues across the Indo-Pacific, building infrastructure regionally, addressing climate change and health issues related to COVID-19.

“South Korea should be cautious” about becoming involved in the Quad for a number of reasons – from possible Chinese economic retaliation, as it has done to Australia, to tensions with Japan, Kim said.

Other panelists noted Japan might not look favorably on South Korea participating in a “Quad Plus.”

Wong added that the Quad itself as a security counter to Beijing could disappear if India no longer feels threatened by China. “Will India be interested for a long time” if that happened?